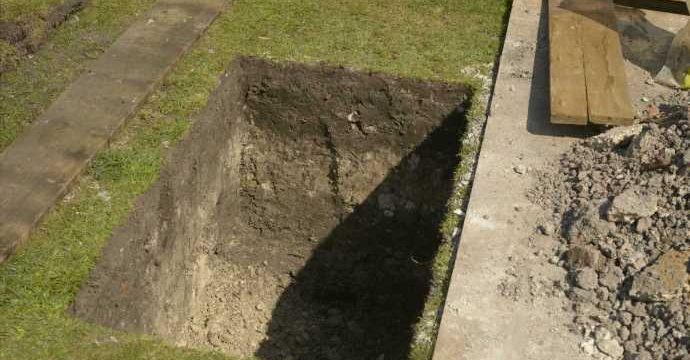 FIVE human skeletons including two children were dug up by builders working in a village garden.

Shocked builder Robbie Kearney, 32, made the gruesome discovery while digging a soakaway hole for the patio drainage. 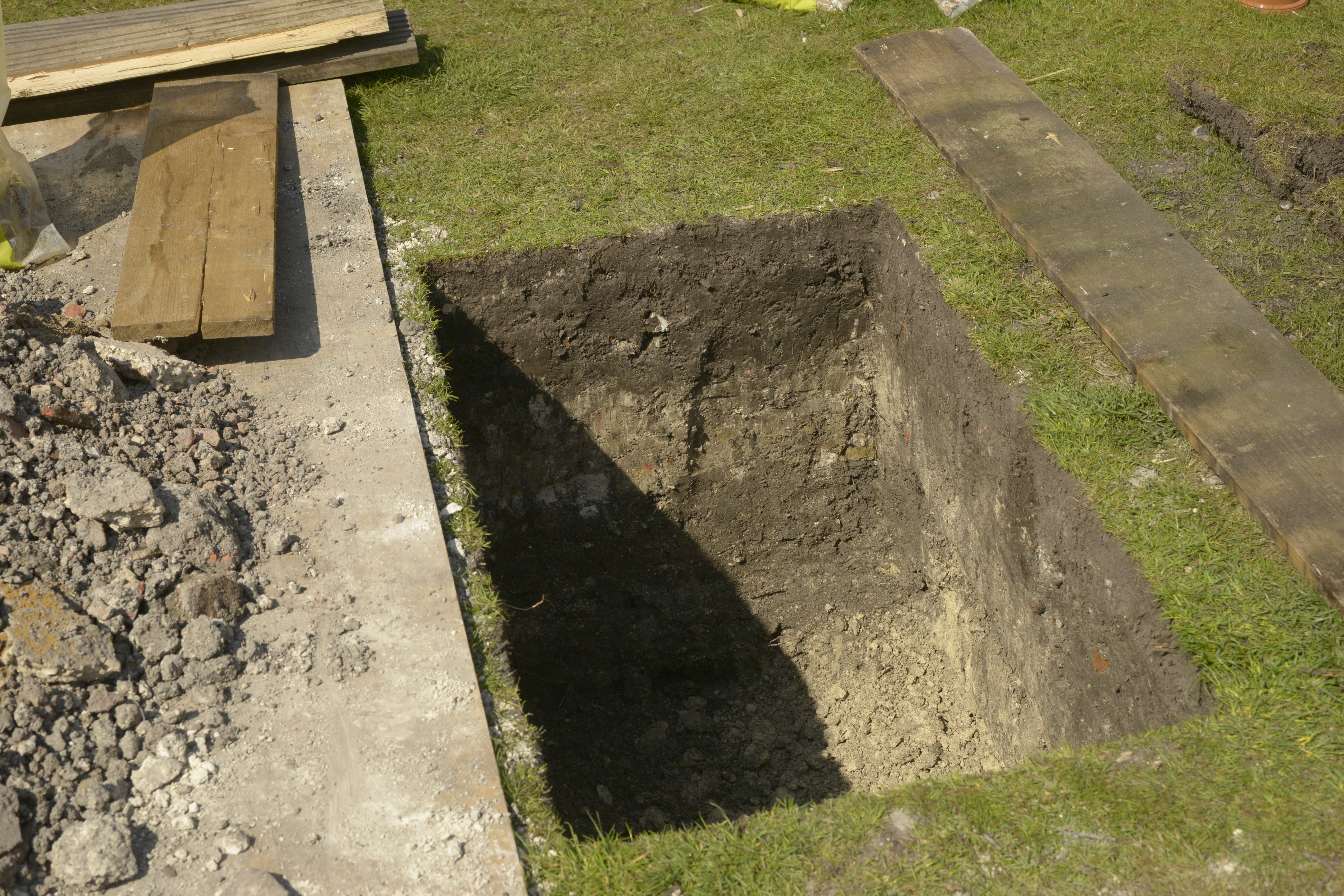 The remains are thought to be of three adults including one female and one juvenile and a younger child.

Robbie said he and his team instantly stopped work on the back garden of the house, in Heytesbury, Wilts.

He said: "I found a few bones, which I assumed were animal bones and went down a bit further and found some more bones.

"Then I went a bit deeper and found a skull. That's when I realised they were human remains.

"It came as a bit of a shock as I've never found a skull before."

Forensic experts are now working to establish the age of the bones which could take several weeks, according to police.

The remains are thought to be from the early medieval period.

Self-employed builder Robbie and his colleague Paul Tapper, 48, immediately notified the property owner of their find.

Matthew and Amelia Jackson, who own the Georgian property notified the police and scenes of crime vehicles were seen outside their home. 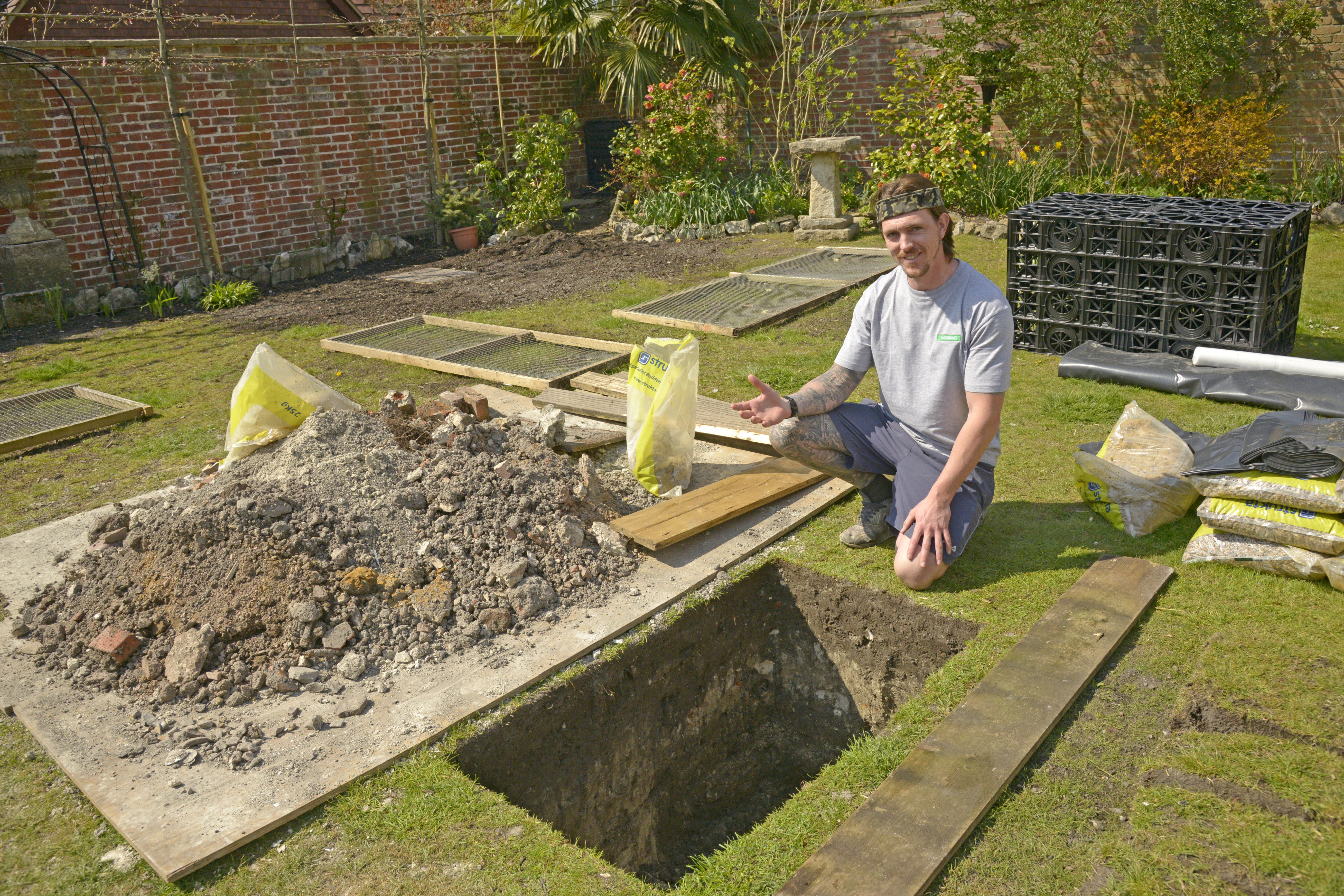 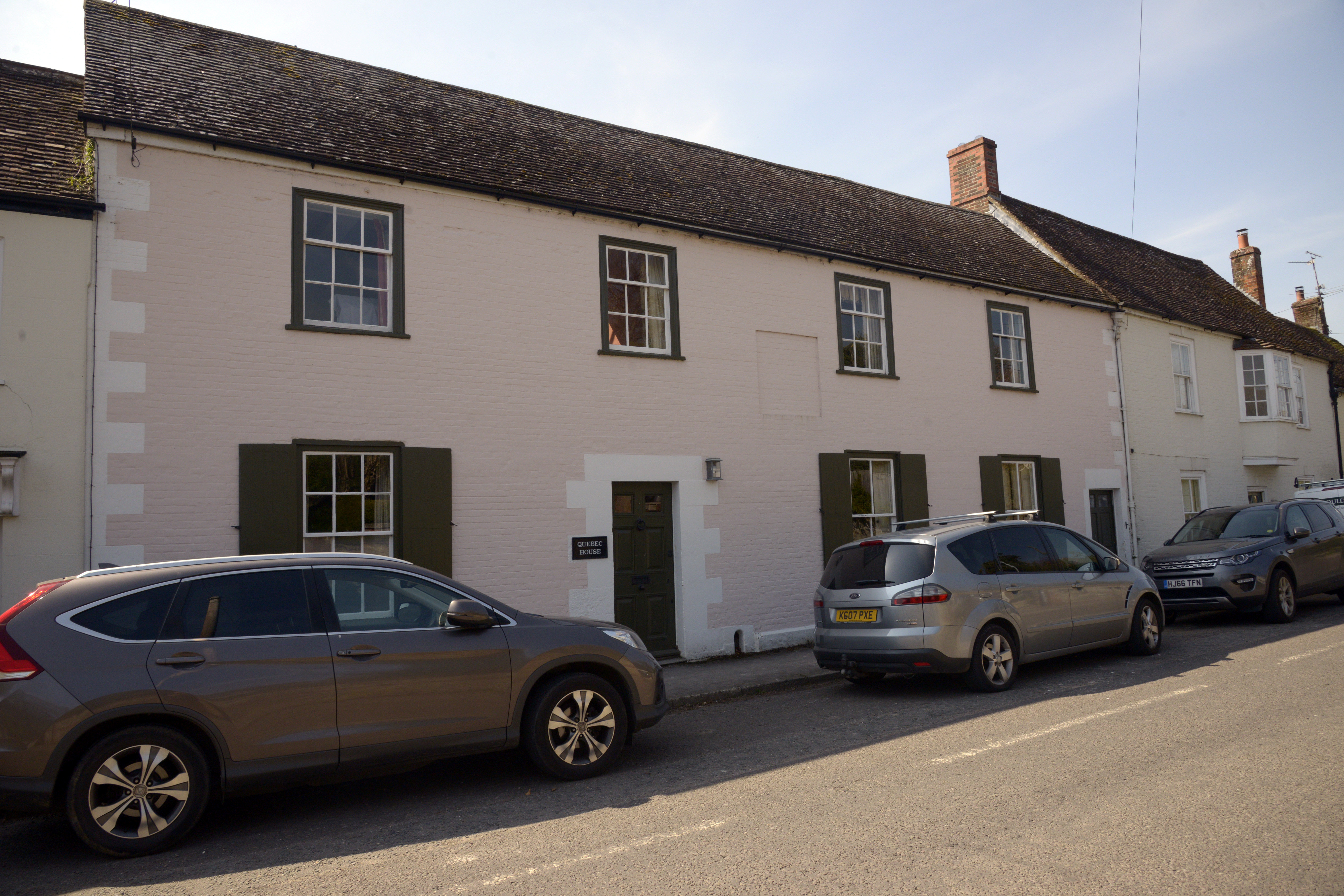 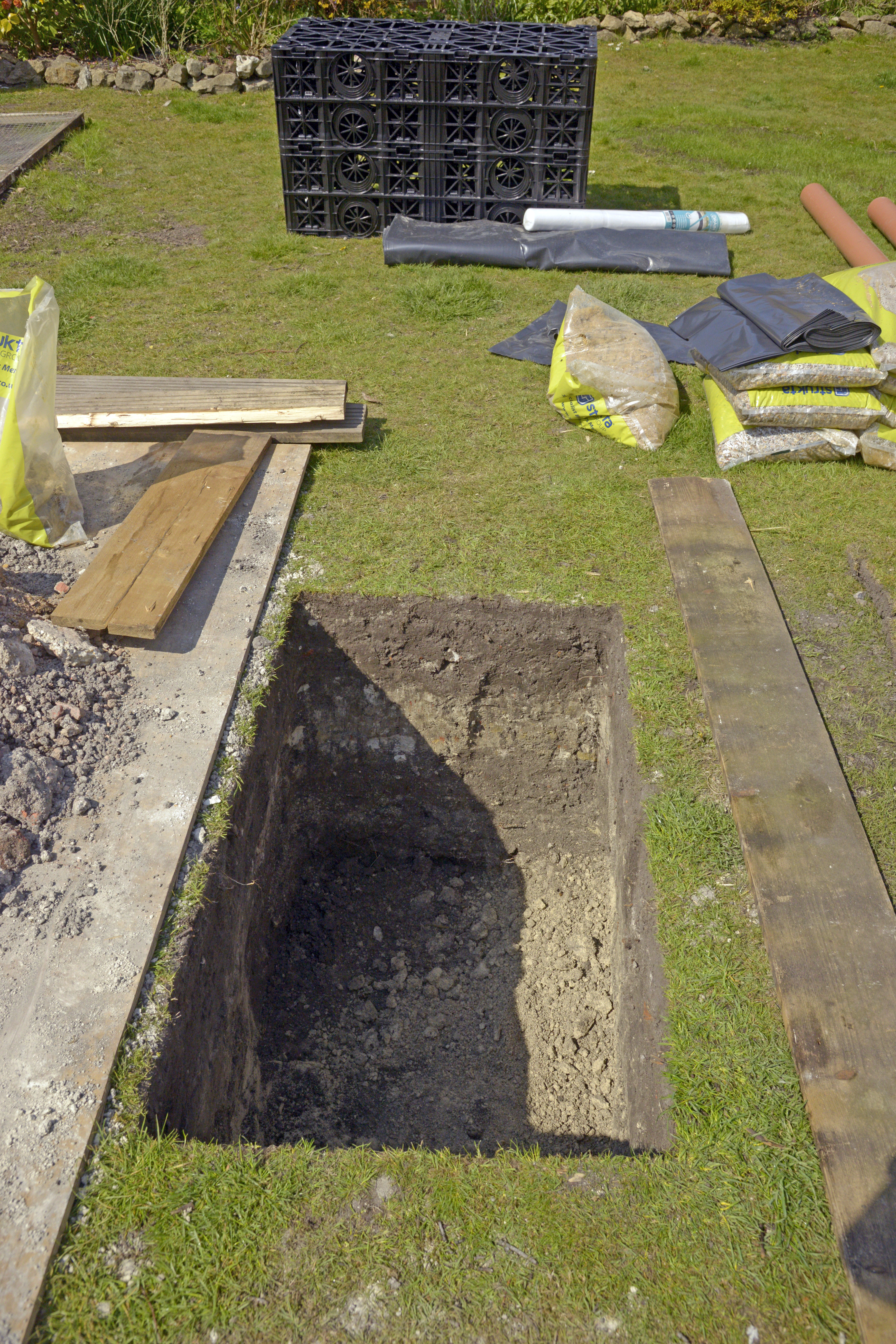 Mr Jackson said: "It has certainly created some interest in the village.

"The builders were digging up the lawn and made the discovery on Wednesday. We phoned the police who came out straight away.

"They were here on Thursday, along with forensic officers and one of the Wiltshire archaeologists came out.

"The remains have been sent away for carbon dating and it may be a while before we get the results.

"It's all quite interesting. They mentioned the early medieval period, possibly the 5th century."

The remains were found 100 yards away from the 12th century church of St Peter and St Paul.

Local historian Joe Charlesworth said: "They are likely to be from a plague pit. Rumour has it that there are more in the village."

Sam Fox, of Wiltshire Council, said: "This is an exciting and unexpected discovery in an area that our archaeology team don't often get an opportunity to investigate, and we look forward to further developments on this discovery."

He added: "Our archaeology team visited along with Wiltshire Police, and agreed that this is likely to be the disturbed remains of a number of graves from the early medieval period.

"From what our team have identified so far, these look like Christian graves representing people of different ages and of both genders, so they may represent the place where there had been an earlier church in Saxon or later times.

"Our archaeology team will be keeping an eye on further drainage work going on in the garden and will put together a report once the radiocarbon date has been confirmed by the Police forensic team.

Wiltshire Police said: "Enquiries are being carried following the discovery of bones in the garden of an address in Heytesbury.

"A forensic archaeologist has been at the site, working to establish how old these remains are.

"The scientific dating of the bones found at an address in Heytesbury has not yet been completed.

"At this stage there is no evidence to suggest we are dealing with a crime scene."

Mr Jackson said the remains would be treated with respect and will be reinterred once the carbon dating is complete.