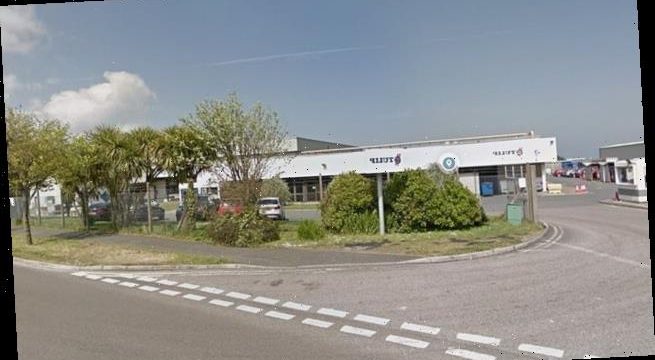 More than 170 people have tested positive for coronavirus at a meat processing plant in Cornwall.

Most of the cases at the Pilgrim’s Pride food factory in Pool, near Redruth, were asymptomatic, the local public health team said.

An alert to the national test and trace service from a single member of staff led to 500 colleagues at the plant being tested.

The company says it has introduced additional measures and checks its compliance with Covid-19 controls on a daily basis.

Outbreaks of the virus have forced food processing plants across Britain to close, with fears conditions enable the bug to thrive. 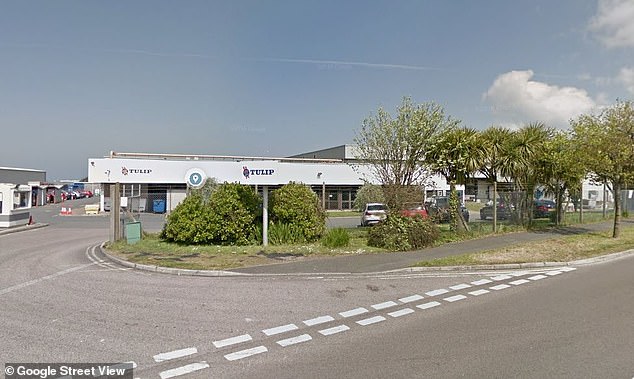 More than 170 people have tested positive for coronavirus at the Pilgrim’s Pride food factory in Pool, near Redruth

In August, it was revealed that as many as 40 food processing plants in Britain were suffering from coronavirus outbreaks.

A spokesperson for Pilgrim’s Pride added: ‘From the outset we have worked conscientiously to do all we can to protect our workforce and the local community.

‘Our teams have been working extremely hard in collaboration with the local authority and public health to manage this challenging situation, and have bravely conducted themselves with professionalism and integrity as they continue to play their important role in maintaining the UK food supply chain.’

Chilled and damp interior with ultraviolet light: Why meat plants are a hotbed for coronavirus outbreaks

The virus thrives in cold, damp and indoor environments, particularly on cool surfaces.

The lack of a breeze or ultraviolet light from the sun means the moisture remains and can’t be killed off inside food processing plants.

Furthermore, social distancing is particularly difficult in workplaces with a busy production line meaning the virus is likely to spread more easily.

Loud machinery also forces people to raise their voices and researchers say situations where people have to shout result in an increased risk of projecting the virus to others.

It’s not just in the UK where a trend has been seen, either, after hundreds tested positive in a Berlin slaughterhouse, while a wet market in Wuhan is believed to have been at the heart of a huge number of infections early on in the crisis.

Rachel Wigglesworth, interim director for Public Health for Cornwall Council, said: ‘Our team has been working tirelessly since the beginning of the pandemic, and have strengthened our local Covid-19 contact tracing approach to help detect cases early, prevent spread and support people to self-isolate.

‘We’ve quickly identified and tested hundreds of people, and in finding people who weren’t displaying symptoms we have potentially stopped much wider spread in our communities.

‘We continue to closely monitor the situation and appreciate the cooperation of Pilgrim’s Pride Ltd. and their employees.’

Coronavirus cases in the South West remain relatively low, despite spikes in other parts of the country.

Britain today recorded 7,108 more coronavirus cases and another 71 deaths — including a three-month high of seven in Scotland.

Daily infections are up 15 per cent on last Wednesday’s 6,178 and almost 80 per cent higher than on Wednesday two weeks ago. But Britain’s infections are a far-cry from what they were during the darkest days of the crisis in March and April, when at least 100,000 people were getting struck down every day.

The Department of Health data also adds to evidence that the death count is now slowly starting to climb after weeks of surging infections. For comparison, the number of victims announced today is almost double that of last Wednesday (37) and more than triple the figure a fortnight ago (20).

But the average number of victims each day (40) is still massively lower than the daily death tolls seen during the peak of the first wave, when more than 1,000 Britons were succumbing to the life-threatening infection every day.

At a Downing Street Covid-19 conference tonight addressing the spiralling outbreak, Boris Johnson described the resurgence of Covid-19 as ‘a more localised phenomenon this time’.

His top medical advisers Professor Chris Whitty and Sir Patrick Vallance said Mr Johnson’s theory was ‘possible’ but cautioned that it was ‘far too early to say that’ we are following localised outbreaks seen in Italy and Spain.