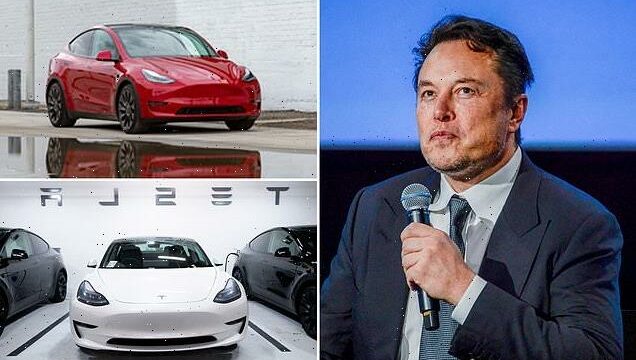 Tesla shares have tanked again in more bad news for Elon Musk after investors panicked when the price of his luxury electric vehicles were slashed in the US and Canada twice in three weeks.

The £69,000 price tag of the Model Y and the £55,925 Model 3 has not been reduced in the UK, but people who buy one this month will receive 6,000 miles of free charging as experts speculated that a sale could be on its way.

Dan Ives, an analyst at Wedbush, said: ‘This is a sign of demand cracks and not a good sign for Tesla heading into the December year-end. EV [electric vehicle] competition is increasing across the board, and Tesla is seeing some demand headwinds.’

Tesla’s share price has been weighed down by Elon Musk’s struggles to get to grips with Twitter after he bought the social media giant for £38bn in October. Hundreds of billions of dollars have been wiped off the value of his 13.42pc stake – and he is no longer the world’s richest man. 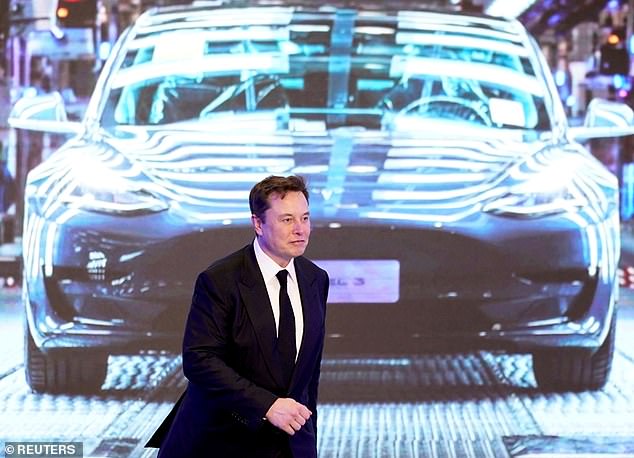 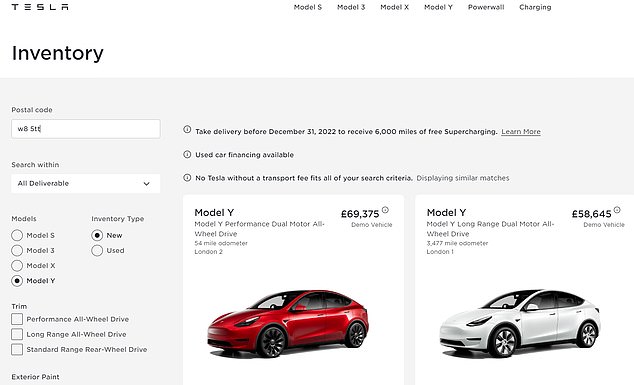 Thelatest discount suggests demand for the electric car is dropping. In the UK, people who buy this month will get  6,000 miles free charging 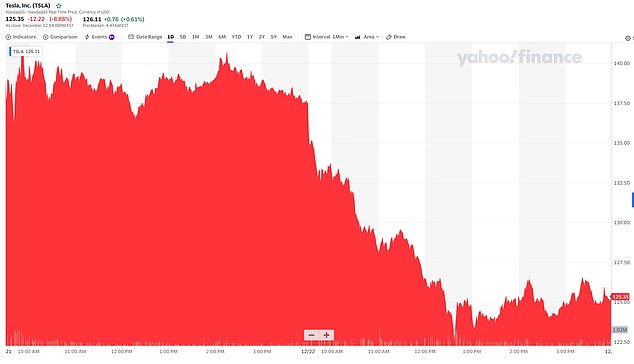 Musk’s stake is now worth £44bn. Those shares would have been worth £145bn at the peak just over a year ago.

The rare discounts follow a series of price hikes over the past couple of years by Tesla, which blamed supply chain disruption and inflation.

Musk said on Thursday that he foresees the economy will be in a ‘serious recession’ in 2023 and demand for big-ticket items will be lower.

Analysts have reduced their estimates for Tesla’s vehicle deliveries for the current quarter, reflecting slowing growth in key markets like the United States and China.

‘The fact they seem to be cutting price to increase deliveries volumes doesn’t raise confidence, particularly at a time where we see increasing competition,’ Craig Irwin, a senior analyst at ROTH Capital Partners, said.

Tesla said in October it would miss its vehicle delivery target this year, but downplayed concerns about demand after its revenue missed Wall Street estimates.

It came amid Musk’s woes with Twitter. The billionaire has promised to abide by the result of his own poll asking whether he should stay or go. 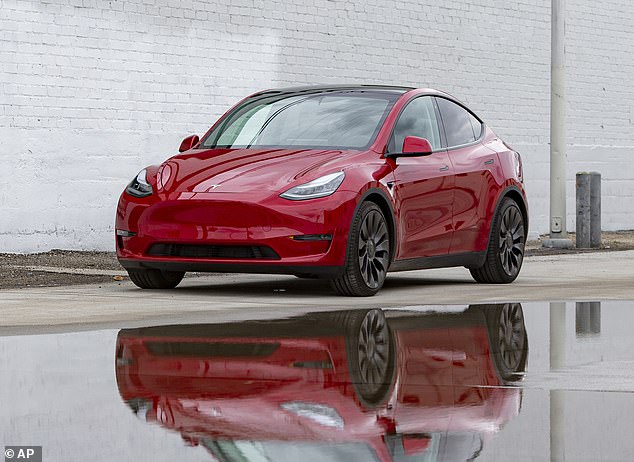 Model Y SUV, one of Tesla’s best selling cars, is being offered at a considerable discount through the end of 2021 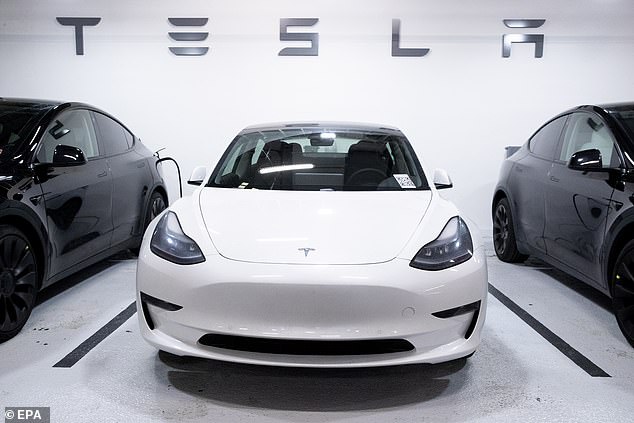 After 57.5 per cent of the 17million voters called for his exit, he tweeted ‘be careful what you wish’.

Mr Musk, 51, has been in charge of the social media giant for barely three months after completing a £36billion takeover in late October.

It had already been suggested he intended to lead the firm only temporarily and last month he told a court he planned to find someone else to do the top job.

His short time in charge has been mired in controversy, including the firing of half the company’s staff and allowing banned users such as Donald Trump back on to the site.

The latest furore came over users being banned from promoting links to other social media platforms, such as Facebook and Instagram. Within 24 hours Mr Musk reversed the decision and apologised, saying any ‘major policy changes’ would be put to a public vote from now on.

The first of these appears to have been to ask his 122million followers on Sunday night whether he should step down as chief executive.

As it became clear where the poll was heading, Mr Musk tweeted: ‘As the saying goes, be careful what you wish, as you might get it. Those who want power are the ones who least deserve it.’ 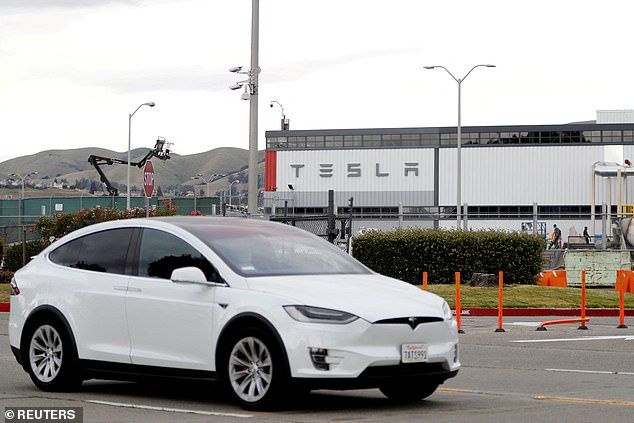 A Tesla vehicle drives past Tesla’s factory in Fremont, California

The Tesla and SpaceX tycoon has obeyed Twitter polls in the past and is fond of quoting the phrase ‘vox populi, vox dei’, Latin for ‘the voice of the people is the voice of God’.

The poll comes a week after Mr Musk dropped to second on a Forbes list of the world’s richest people as Tesla’s stock price continued to dive. He was said to be worth £140billion.

On Friday, Mr Musk was condemned by the United Nations and the European Union over Twitter’s decision to suspend some journalists who cover the company.

Brussels threatened the social media firm with sanctions while the UN tweeted that media freedom was ‘not a toy’.

The Twitter poll saw an unlikely candidate swoop in to potentially fill his shoes – the rapper Snoop Dogg.

A tweet by the US hip hop star, 51, asking if he should take over was met with a resounding yes from 81 per cent of 1.8million users.