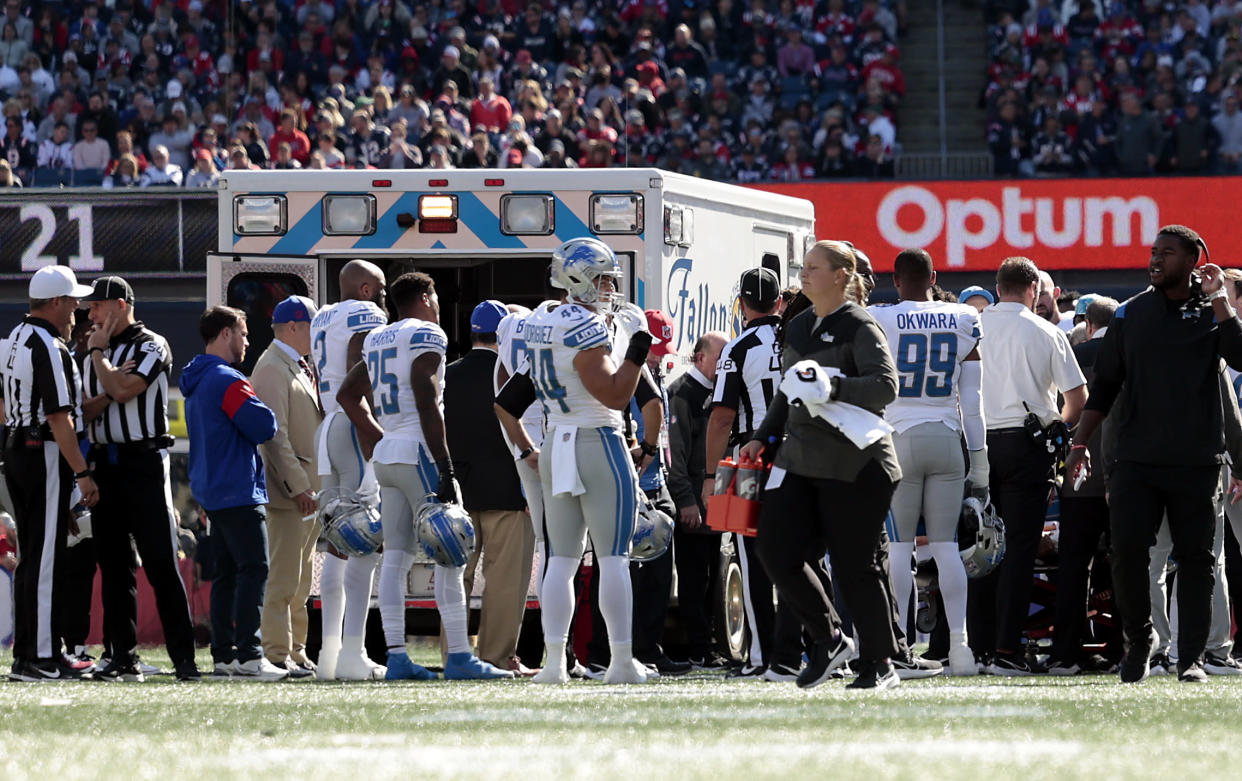 Detroit Lions cornerback Saivion Smith was taken off the field in New England in an ambulance and was taken to a hospital to be evaluated for a neck injury.

The scene was frightening, with the ambulance coming on the field to take off Smith, who was put on a backboard. A man, who the Fox broadcast said was Smith's father (via John Niyo of the Detroit News), came out of the stands and got in the ambulance as it left the field.

#Lions Saivion Smith had to be taken off the field in an ambulance in Foxboro. It’s not really clear what happened on the replay. Didn’t appear to be a head injury but it’s hard to say. pic.twitter.com/bWpoAgytwr

The Fox broadcast said before the end of the first half that Smith had movement in his extremities, via Benjamin Raven of MLive.com.

Fox broadcast says Saivion Smith has movement in his extremities. Remains at hospital while they evaluate him for a neck injury.

The Lions said Smith was taken to a local hospital with a neck injury.

Lions CB Saivion Smith is being taken to a local hospital to be evaluated for a neck injury.

Smith, who played in college at Alabama, appeared in six games with the Dallas Cowboys in 2020 and a combined three games in 2021 between the San Francisco 49ers and Lions.