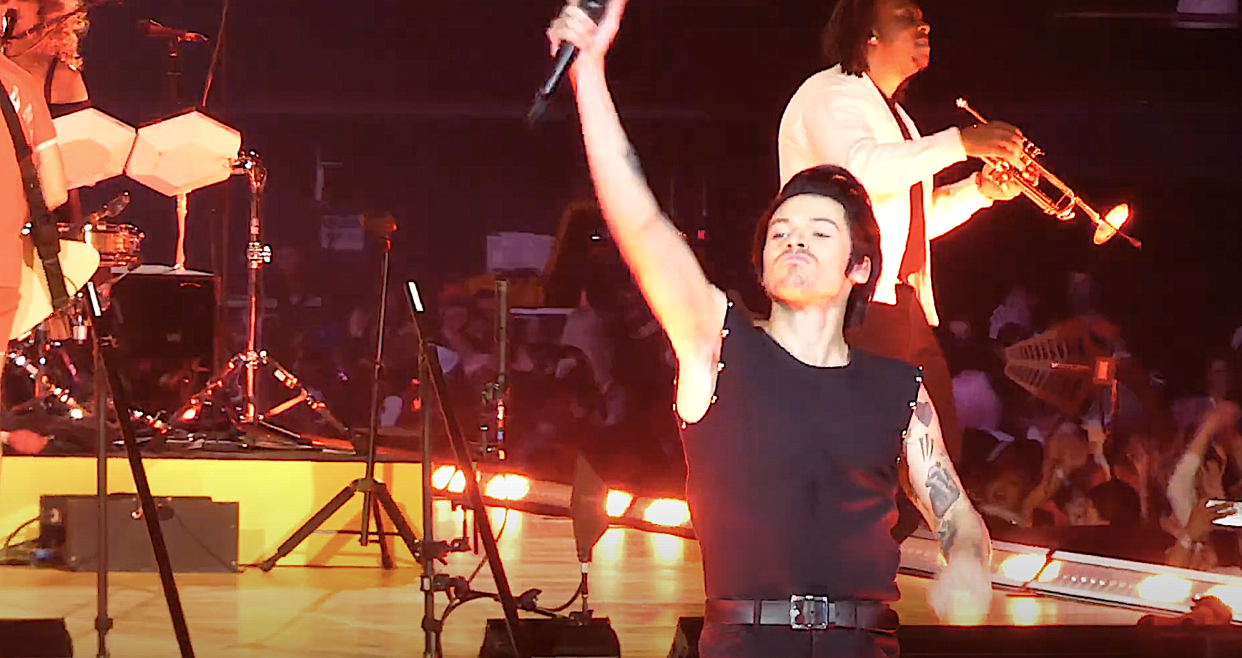 “Harryween” has become an official holiday of sorts for Harry Styles fans, when the glam-pop superstar plays a special annual Halloween concert in what the Brits like to call “fancy dress.” This year, Harryween/Halloween coincided with the midpoint of Styles’s whopping 15-date residency at Los Angeles’s Fabulous Forum — making this his first-ever West Coast Harryween show — and on Monday, he stood in front of the 18,000-strong crowd of costumed revelers and told them, “Please feel free to be whoever you want to be tonight.”

For many of the fans in attendance, that meant, well, being Harry Styles. Monday’s sold-out Forum audience was filled with stylish Styles cosplayers: boys and girls in fuchsia blouse/wide-legged white sailor trouser ensembles from the Fine Line era, or sequined rainbow stripes inspired by Styles’s Coachella 2022 look, or 2021 Grammy-night green feather boas. (A few enterprising hustlers were actually selling boas in the Forum parking lot.) Other fans went meta and rocked costumes referencing Styles’s past Halloweens, like his Elton-inspired rhinestone-studded Dodger uniform from 2018 or the Dorothy-from-Oz gingham dress he wore at last year’s Harryween show at Madison Square Garden. (When Styles sang, “Did you dress up for Halloween?” in the Harry’s House song “Little Freak” Monday, suffice to say everyone in attendance immediately freaked out.)

But of course, everyone was wondering what Styles himself would wear. And he definitely did not disappoint his hopelessly devoted fans: Grease was the word. Entering the stage to “You’re the One That I Want,” his bandmates were decked out in full Rydell High regalia — a Rizzo and Marty Maraschino in pencil skirts and matching Pink Ladies satin jackets, a “Beauty School Dropout”-era Frenchie with her head pyramid-stacked with hot rollers, a nerdy Eugene behind the keyboards, a post-makeover Sandy in big blonde poodle curls behind the drums. And then the one that everyone wanted, Styles himself, strutted out as a hand-jiving Danny Zuko.

Clad in a black leather biker jacket, black "Harryween" muscle tee, bobby socks, and a shoe-polish-black pompadour wig, Styles was totally serving Travolta realness, but was also channeling ’68 Comeback-era Elvis (the Forum’s in-the-round staging added to that effect) and even a bit of androgyny a la the sideburned Annie Lennox at the 1984 Grammys or Lady Gaga’s short-lived drag-king alter ego Jo Calderone.

The Harryween show offered plenty of lighthearted moments, like when Styles engaged with a fan who told him she’d quit her job in order to attend the gig, or when he addressed a male fan’s homemade sign that read “Daddy?” by wryly answering, “Yes.” But there were touching moments too, like when he helped three young girls in the front row come out in spectacular fashion (they were holding a sign asking for his assistance), draping them with a rainbow flag as they broke into happy tears. And fans really got the chills, and those chills were multiplying, when Styles crooned the Grease love theme “Hopelessly Devoted to You” while photos of the recently departed Olivia Newton-John played on the Forum’s video screens.

Opening the show — and in fact opening for all 15 nights of Styles’s “Love on Tour” L.A. residency — was singer-songwriter and multi-instrumentalist Ben Harper, who could have been daunted to play for this young and presumably uninitiated crowd. (Since fans had set up tents in the Forum lot the night in order to secure prime spots in the general-admission pit, Harper — unlike most opening acts on major arena tours — was performing for a packed house.) But Harper, who was unaccompanied for almost his entire set, immediately commanded the hushed and respectful audience’s attention with some spooky, Phantom of the Opera/Paradise-like chamber-music drama at his red piano in a bejeweled Nudie suit. And he continued to impress as he switched between acoustic guitar and lap steel; high points were the pained and emotive slowcore of “Maybe I Can’t,” a sultry cover of Marvin Gaye’s “Sexual Healing” that much of the young crowd surprisingly seemed to recognize, and a duet with his daughter Harris (with son C.J. on keys) on one of Harris's originals.

But unsurprisingly, it was a song that was “loaned” to Harper by Styles, “Boyfriends,” that elicited the most enthusiastic crowd response. “That is one of the best records I’ve ever had the privilege of being on,” said Harper, who played acoustic, electric, and slide guitar on that Harry’s House ballad, joking, “I’d like to dedicate this to the sexiest man in rock — me! And to the second-sexiest, Harry Styles. Just kidding — he gets the No. 1 in my book.” Also unsurprisingly, that comment drew cheers.

Harry Styles’s Forum residency, with Harper opening, continues on Nov. 2, 4, 5, 7, 9, 11, 12, 14, and 15. While Styles will likely put away the Zuko leathers, and Harper may retire the rhinestones, those nights will still surely be cause for celebration. In Styles’s world, every day is Harryween. 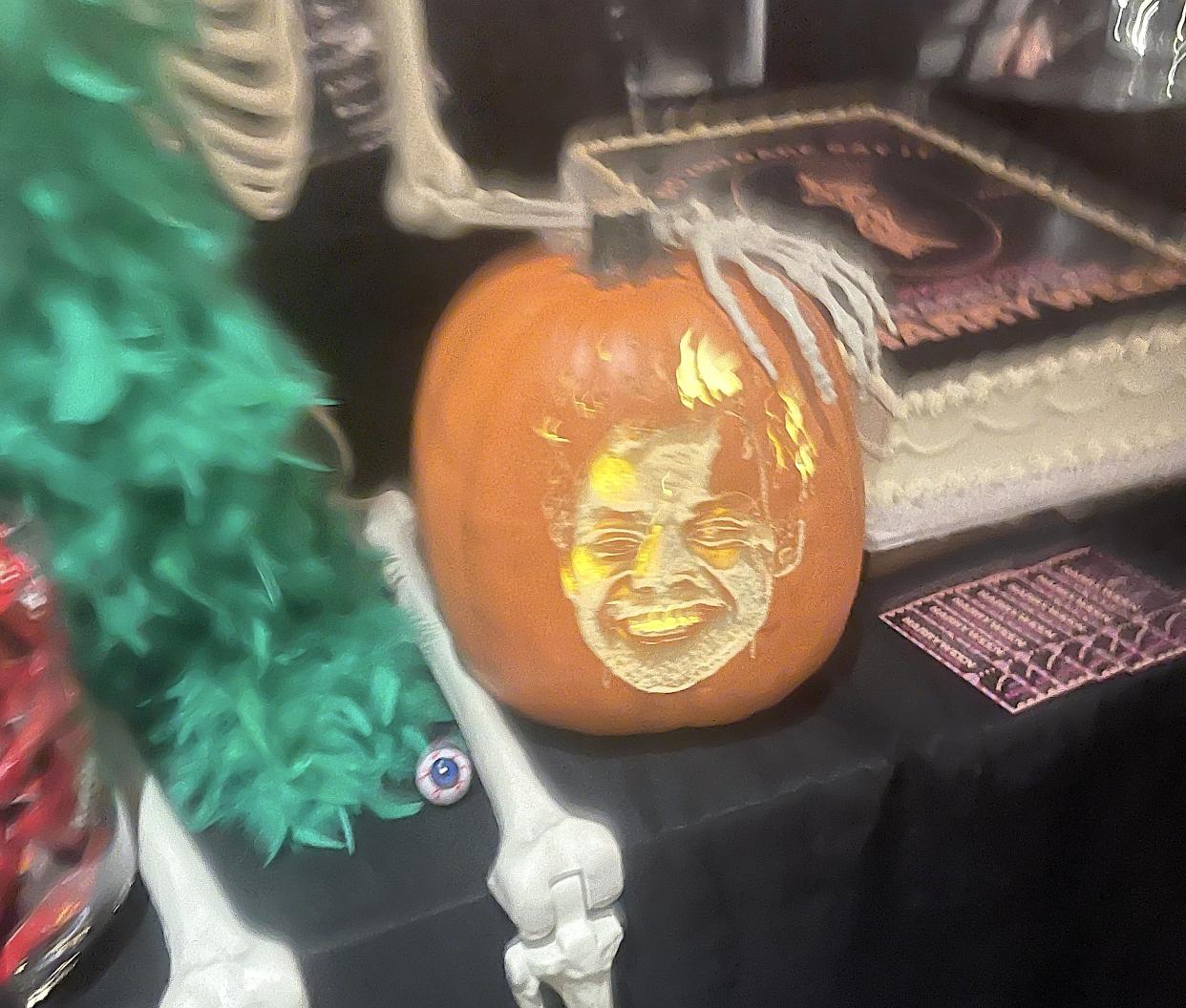 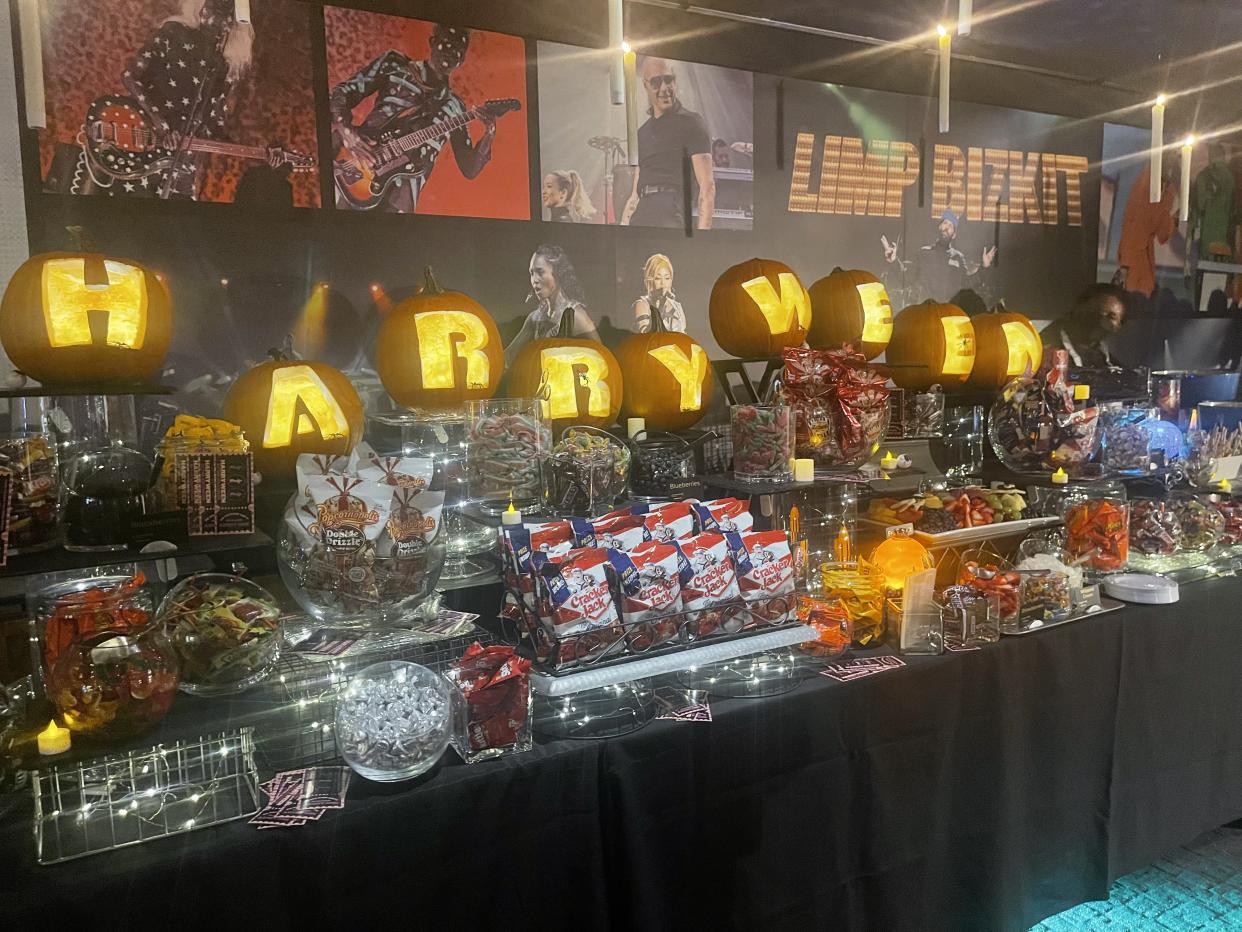