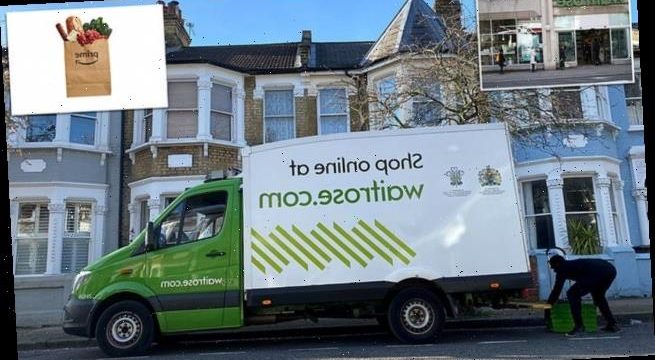 Is Waitrose planning deal with Amazon Fresh? John Lewis chief hints at tie-up with online giant’s grocery arm while revealing more stores face closure and could even be turned into HOUSING

Waitrose could be on the brink of selling through online giant Amazon’s new free delivery service – after the supermarket’s parent company chairman told staff they were looking at ‘other routes’.

John Lewis chairman Sharon White made the remark in an update to partners this morning about the future of the business post coronavirus pandemic.

She admitted they were considering more Waitrose closures and even turning not-needed shop spaces into houses.

There was also a suggestion some John Lewis products – like furniture or electrical goods – could be rented out to customers.

But a remark about the possibility of selling their products through other retailers has raised questions over whether they could team up with Amazon.

It replaces the previous system where Prime members – who already had to pay £7.99 – needed to pay an extra £2.99 for a food order.

Retail expert Richard Hyman told MailOnline: ‘I think Waitrose selling through Amazon Fresh would be a good fit. I do think it’s a possibility. 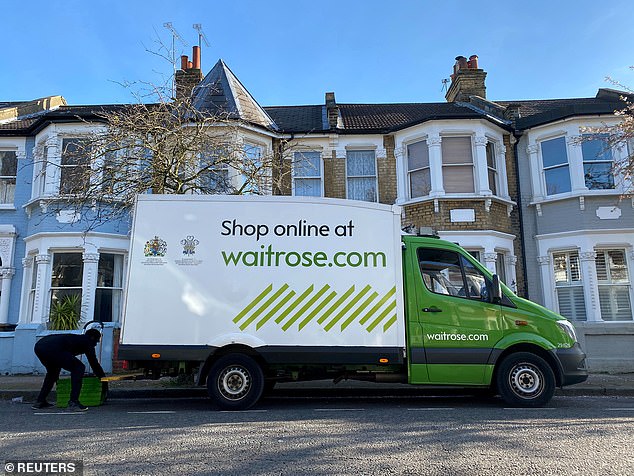 ‘Amazon doesn’t do anything in a small way. It hasn’t entered food retailing to be an also-ran and it wants to accelerate things. That would be greatly aided by partnerships.’

‘Amazon already have a partnership with Booths, which is sometimes called the “Waitrose of the North”,’ he added.

The letter was sent by Ms White to John Lewis’s 80,000 this morning and said it was targeting at least £100 million of savings in head office costs.

It said the firm was transitioning to digital and speeding up sales online with John Lewis to become a 60 per cent online retailer and Waitrose to rise to over 20 per cent. 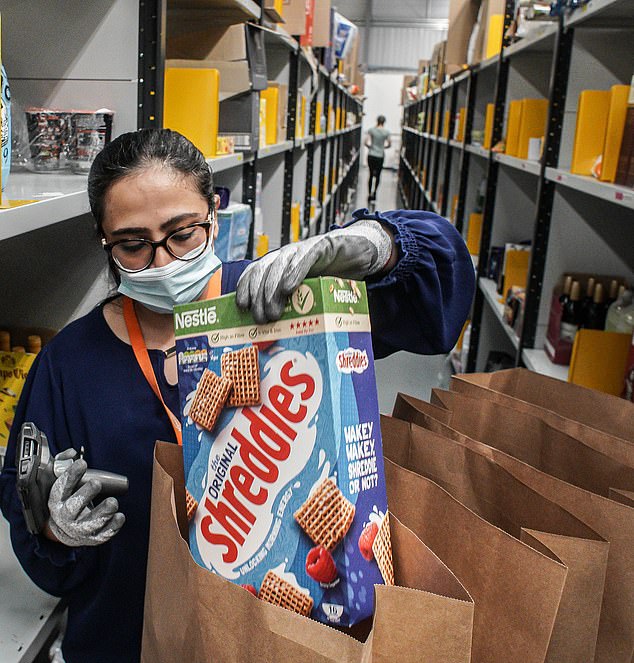 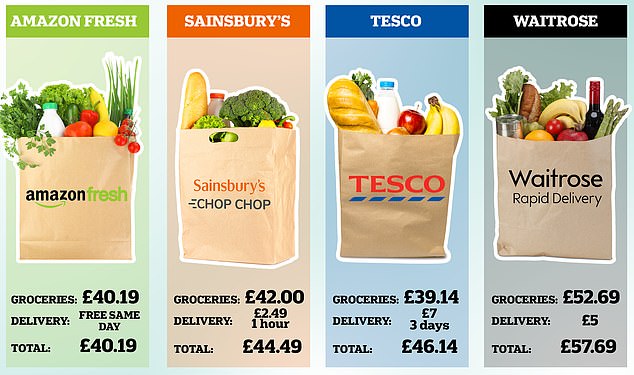 She added: “We are looking at how we make our products available through other routes, reflecting the fact that Waitrose has a smaller presence in the convenience market than other supermarkets.

“We also know that our customers are spending a lot on food delivery services. We see significant scope for us to grow in this area, and are actively exploring early opportunities.”

Waitrose had put some of its food through Ocado, but that deal ends this October.

They also said they were exploring whether excess shop estate could be used for new mixed-use affordable housing.

The company added it was considering creating a way for rental of its products and re-sale of used items.

Amazon’s unveiling of its free Fresh food delivery scheme sent shockwaves through the industry this week.

What is Amazon Fresh?

Amazon Fresh is an Amazon Prime benefit available at no extra cost to existing Prime subscribers.

Prime members in around 300 postcodes across Greater London and the South East (including London, Surrey, Hampshire, Hertfordshire and Bedfordshire) can do their weekly shop on Amazon Fresh, with local produce, brands and artisan products, included in the cost of Prime membership.

Amazon said delivery in two-hour windows is now free on orders over £40 and the minimum order value has been lowered from £40 to £15.

Customers will be able to access between 12,000 and 15,000 products online including products from retailers and brands including Booths, Morrisons, Whole Foods Market, Pepsi, Danone, Arla, Warburtons and Britvic.

Amazon Fresh customers will also be offered a selection of thousands of products from local producers including GAIL’s Artisan Bakery, C.Lidgate and Paxton & Whitfield.

As long as Prime customers are in London and the south-east – including Surrey, Hampshire, Hertfordshire and Bedfordshire – and spend more than £40 on Fresh orders they will get their groceries delivered free.

The US e-commerce giant also plans to expand the free delivery to ‘millions more’ customers around the UK by the end of the year and speed up deliveries in a bid to capitalise on the booming online grocery industry.

It is understood that Prime customers in Birmingham, Manchester and Edinburgh will be among the first to benefit from the wider roll-out.

The huge push will see current warehouses – also called fulfillment centres – adapted and expanded to be able to safely store the food from suppliers before it is delivered to buyers,

It means suppliers, who include bakers and butchers, will have their goods transported to the hubs ready for Amazon to distribute themselves.

The same will happen with any supermarkets who decide to opt-in to the ambitious new system.

A MailOnline survey suggested a selected shopping basket ordered through it would be cheaper than the same Waitrose shop.

But if a partnership does emerge it would place the firm’s products in a much more affordable delivery system.

A spokesperson for John Lewis said: ‘It’s early days and we are still exploring and developing our plans but we will give a further update in the autumn.

‘In the meantime however we have identified that Waitrose has a smaller presence in the convenience market than other supermarkets and we will also make Waitrose food available in more John Lewis shops.’