After The Age on Tuesday revealed claims women were experiencing serious harassment, bullying and exclusion from promotion based on their parental status or plans, Ambulance Victoria chief executive Tony Walker and board chair Ken Lay met with Human Rights Commissioner Kristen Hilton to ask her to start an independent inquiry. 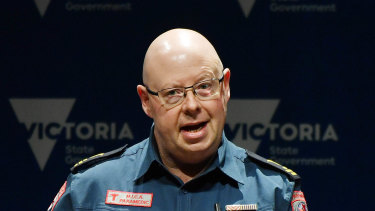 In a statement, Mr Walker said "like many Victorians, I am distressed and deeply disappointed to read reports of bullying, harassment and discrimination against women in my organisation".

"I want to be very clear that these behaviours and actions have no place in the Ambulance Victoria I lead. They will simply not be tolerated."

Multiple women and men told The Age women are being informed that if they have children they will not be suitable for career progression, women have experienced workplace sexual abuse and serious sexism from senior male managers and women and men have been bullied to the point of causing serious mental health issues.

One woman said she had been suicidal after managers disbelieved her claim that she was still breastfeeding and required somewhere to store milk and after ongoing gender-based humiliation by her manger in front of other managers.

Other examples included sexual harassment of a female paramedic by a colleague as she administered life support to a dying patient and a young woman being told by a manager driving with her in a remote area that he would tie her up and rape her.

Mr Walker said in recent years Ambulance Victoria had "worked hard with various external organisations to address some deep cultural challenges. It is distressing to hear that despite all this work, there are still colleagues who don’t feel safe or respected."

"Today this stops. I want to thank those who have bravely spoken out for their courage. I ask that they continue to do so and know they will be supported," he said.

There are four current sexual harassment cases under investigation and Mr Walker said that was four too many. He said several previous investigations had resulted in termination of employment.

Paramedic and Ambulance Victoria education facilitator Rasa Piggott wrote to Mr Lay and the board on Monday asking for an inqury by the commission. Here claims of harassment, gender-discrimination and bullying were supported by 13 paramedics who spoke to The Age.

Mr Walker said the Victorian community holds Ambulance Victoria in high regard as a well-respected and trusted organisation and "we need to ensure we uphold these standards with each other".

Mr Walker promised to provide the Human Rights Commission with every assistance and resource to help "stamp out the terrible behaviours that diminish us and to become a better organisation".

He said what The Age revealed today was "simply unacceptable".

The most important news, analysis and insights delivered to your inbox at the start and end of each day. Sign up here.