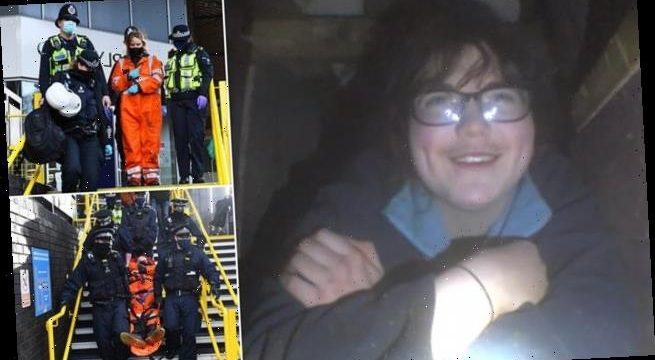 High Speed 2 protesters have vowed to stay in tunnels underneath Euston Square Gardens ‘for weeks,’ despite a judge telling them they are in danger and must stop digging.

The group have spent six nights underground after digging a network of tunnels underneath the gardens – which they claim will be levelled to make way for a temporary taxi rank, before being sold on to developers as part of plans for the high-speed network.

Earlier today High Court judge Mr Justice Robin Knowles refused an application brought by one of the campaigners trying to halt efforts to evict them.

HS2 Ltd said it has ‘legal possession’ of the land and urged protesters to leave ‘for their own safety’ before they are removed by High Court enforcement officers. 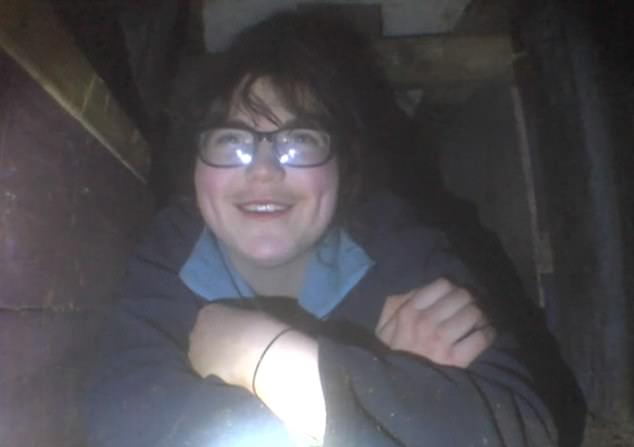 Protester Blue Sandford, 18, said she was prepared to stay in tunnels under Euston Square Gardense ‘for weeks,’ despite warnings that diggers’ lives are at risk

Asked if she was afraid considering the judge described the situation as ‘dangerous’, she replied: ‘I’m afraid of the climate and ecological emergency.’

Ms Sandford said: ‘I feel completely safe in our tunnels.’

She said it is unlikely bailiffs will remove all nine protesters on Tuesday, adding: ‘I think they’re trying to get into the down shaft at the moment, which we’ve barricaded, and we’ve got a lock on that they might be able to reach today.

‘But I don’t know if they’ll get anyone out today.’ 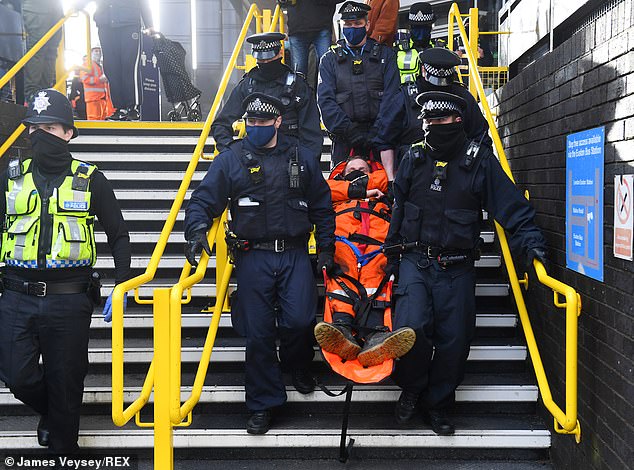 Police led one HS2 demonstrator away on a stretcher after they protested at Euston Station earlier today. It came amid a High Court row over whether it was safe to evict tunnelers at the nearby garden protest 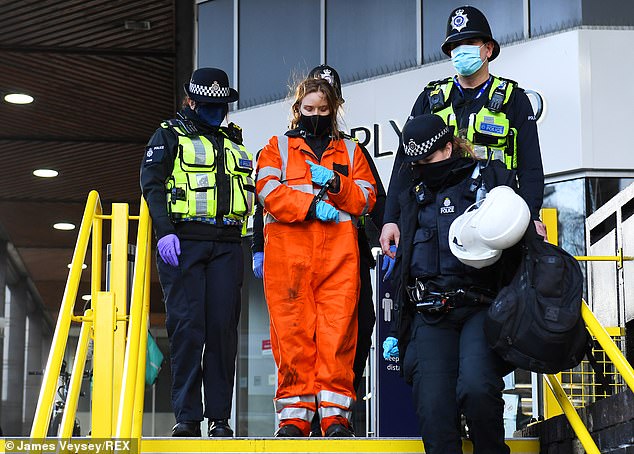 Expert Peter Faulding, whose company dug protesters out of a tunnel in the 1990s, warned: ‘Someone is clearly going to die on this site unless this eviction is brought to an immediate stop’

Expert Peter Faulding, the CEO of Specialist Group International, who dug the infamous protestor Swampy out of a tunnel underneath the Honiton Bypass in Devon in 1996, has warned bailiffs may not be qualified to remove demonstrators.

He warned: ‘Someone is clearly going to die on this site unless this eviction is brought to an immediate stop.’

Mr Faulding said HS2 bailiffs were ‘not trained’ to remove the protestors, including Swampy, from their 100ft tunnel network underneath Euston Square in London and risked burying the activists alive

The Health and Safety Executive visited the scene where protesters had dug a 100ft tunnel network on Monday night to review the practices of bailiffs removing activists from the site.

A spokesman for HS2 Ltd said High Court enforcement officers can lawfully remove trespassers from land acquired by HS2 Ltd and are able to use minimum force to do this under powers granted by the High Speed Rail (London – West Midlands) Act 2017.

Meanwhile, a spokesman for HS2 Rebellion said up to 25 anti-HS2 campaigners have entered the main HS2 site near Euston station and occupied buildings, diggers, a crane and other machinery.

Police were seen escorting protesters away earlier today, including one man seen being carried from the building in a stretcher.

In an order issued on Monday evening, High Court judge Mr Justice Robin Knowles refused an application brought by Dr Larch Maxey, one of the activists in the tunnels, for an injunction requiring HS2 and others to cease operations.

The order says Dr Maxey should cooperate with HS2 Ltd, the Health and Safety Executive, the London Fire Brigade and the police ‘to leave the tunnel safely and allow others to do the same’. 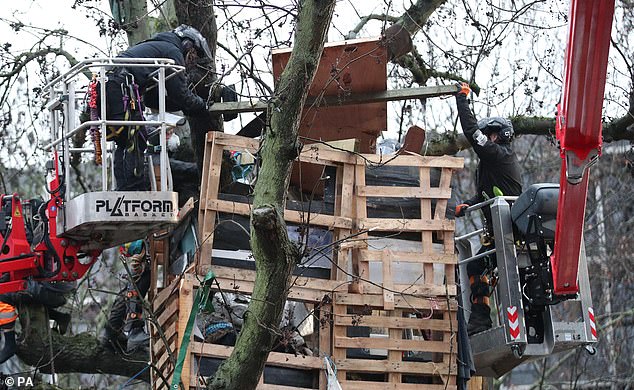 It adds that Dr Maxey should ‘until further order… cease any further tunnelling activity and is not to cause any other person to engage in tunnelling’.

The judge’s order notes the situation Dr Maxey is in ‘is very dangerous’.

Asked how long she is prepared to stay there, Ms Sandford said: ‘As long as it takes. I have no plans to get hurt or die down here.

‘That’s completely not what I’m about. So if I run out of water then I will come up, but I’m prepared to be here for the long haul.’

She said efforts to stop climate and ecological emergency is ‘such a big fight’.

The protesters’ legal team were expected to arrive at the site on Tuesday afternoon in the hope of taking instructions from their clients at the entrance to the tunnel.

A HS2 Ltd spokesman said: ‘The safety of people trespassing and the safety of HS2 staff and agents in this operation is of paramount importance. 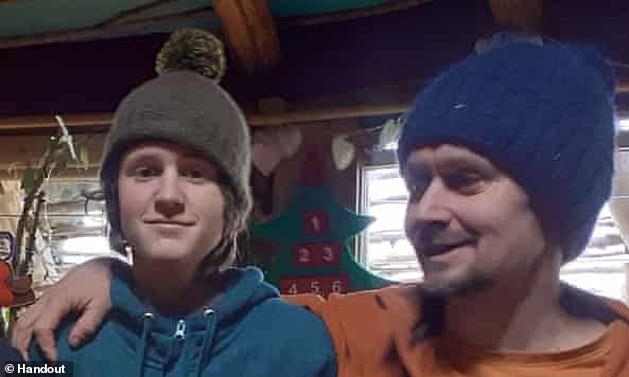 Protesters were ordered to reveal whether any children were among their ranks underground, amid rumours that Swampy’s 16-year-old son Rory (pictured together) had helped to build the north London tunnels and asked to join the dig-in

‘We are doing all we can to end this illegal action quickly and safely, including providing those underground with air – despite claims to the contrary.

‘It is forecast to rain regularly over the next 48 hours and we have repeatedly raised concerns to the activists that their crude tunnels are simply not equipped to deal with these weather conditions.’

Protesters were ordered to reveal whether any children were among their ranks underground, amid rumours that Swampy’s 16-year-old son had helped to build the north London tunnels and asked to join the dig-in.