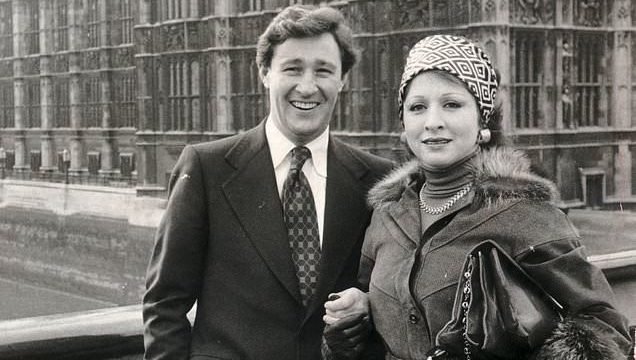 The extraordinary life of MP in Czech ‘spy’ scandal: How Geoffrey Robinson was boss of Jaguar at 34, had a £30m fortune, and served as a minister before his secret £370,000 loan to Peter Mandelson forced him to quit

For two decades, invitations to the lavish reception staged by the New Statesman magazine have been the most sought after at the Labour conference.

Geoffrey Robinson, who bought the New Statesman in 1996, sold it ten years later. But he remains chairman and the wine still flows for the party’s great and good. 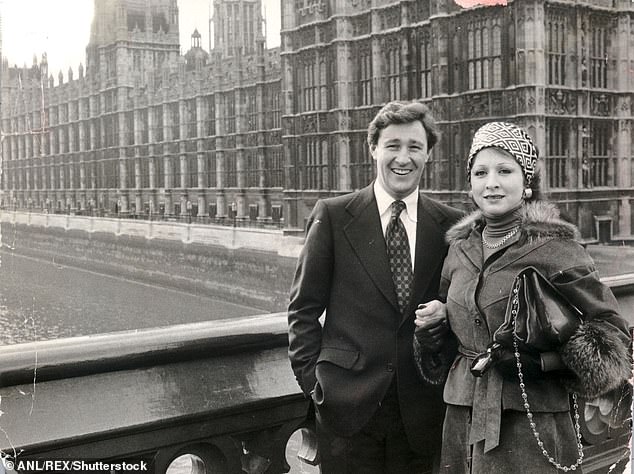 His glamorous Maltese opera singer wife Maria Elena Giorgio (pictured) – with whom he has two children, Veronique, 48, and Alexander, 40 – was less than impressed when Italian film star Annabella Incontrera became his lover

Robinson’s legendary hospitality – he was once worth a reputed £30million – helped smooth his way into the heart of the New Labour establishment after 20 years as an obscure backbench MP. Ironically, his millions would also lead to his exile from its corridors of power.

Elected as an MP in 1976, he was overlooked for promotion until Tony Blair took over in 1994.

During his years of obscurity, he channelled his energies into becoming Labour’s richest MP, and was famous for never having anything smaller than £50 notes in his wallet. 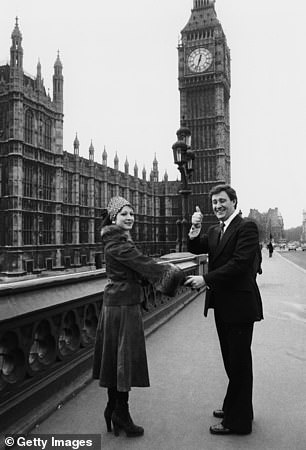 Geoffrey Robinson giving the thumbs up with his wife Marie Robinson as he arrives for the first time to take his seat at the House of Commons on March 9, 1976

In 1970, he joined British Leyland, becoming managing director of its Italian division. His glamorous Maltese opera singer wife Maria Elena Giorgio – with whom he has two children, Veronique, 48, and Alexander, 40 – was less than impressed when Italian film star Annabella Incontrera became his lover.

He became financial controller of British Leyland, though the Cambridge-educated Coventry North West MP had no accountancy qualifications, and from there chief executive of Jaguar at 34.

It was a profitable move. He became close to rich heiress Joska Bourgeois who owned Jaguar’s Belgian franchise. Almost all his wealth was generated as a result of their working relationship, for she set up an offshore trust for him and his family, once valued at £38million, leaving him much of her fortune on her death.

With her financial help, he created a firm called TransTec, after a merger with a company owned by tycoon Robert Maxwell. In 1991, he oversaw the £2.9million sale of subsidiaries of Hollis Industries, which he used to chair, to Maxwell.

That day, they were sold to another Maxwell firm for £4million. Hollis collapsed owing £16million. Maxwell drowned after falling from his yacht, but with TransTec valued at £200million, Robinson forged ahead, acquiring luxury homes in Tuscany, Surrey, Hampshire, France and Park Lane. By this time, he had come to the notice of Blair who stayed at Robinson’s Tuscan retreat. He was useful to Blair as an experienced businessman and because he bankrolled Labour’s campaigns unit. There were parties for leading Labour figures hosted by Maria. 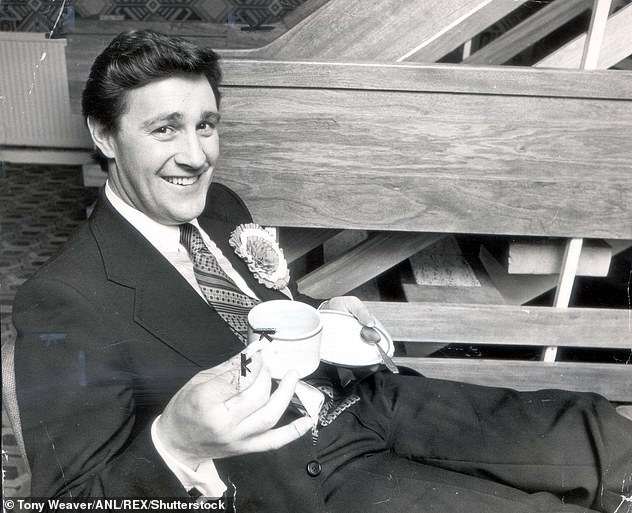 During his years of obscurity, he channelled his energies into becoming Labour’s richest MP, and was famous for never having anything smaller than £50 notes in his wallet

Close to Gordon Brown, he became the paymaster general in the first New Labour government, and was soon a key member of the Chancellor’s inner circle.

But in 1999, it was revealed Robinson had secretly loaned Cabinet minister Peter Mandelson £373,000 for a house. In a breach of Commons rules, neither declared the loan, and both had to quit.

Mandelson eventually returned to the Cabinet, but there was no comeback for Robinson. He took his revenge in his memoir The Unconventional Minister, which angered many in Labour circles.