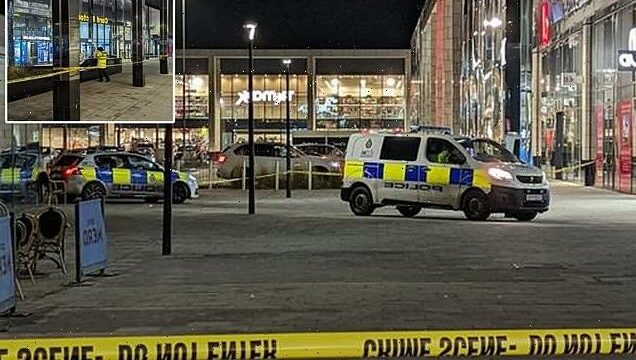 A man has been stabbed and another man left with a serious head injury following an attack at a Leeds retail park.

West Yorkshire Police were called to the Springs retail park in Century Way just before 4pm on Friday, following reports a man had entered a shop armed with a knife.

When officers arrived at the scene they discovered a man inside the shop with injuries to his hands and face. He has been taken to hospital for treatment.

A second man was found outside the shop with a head injury. He was treated at the scene. 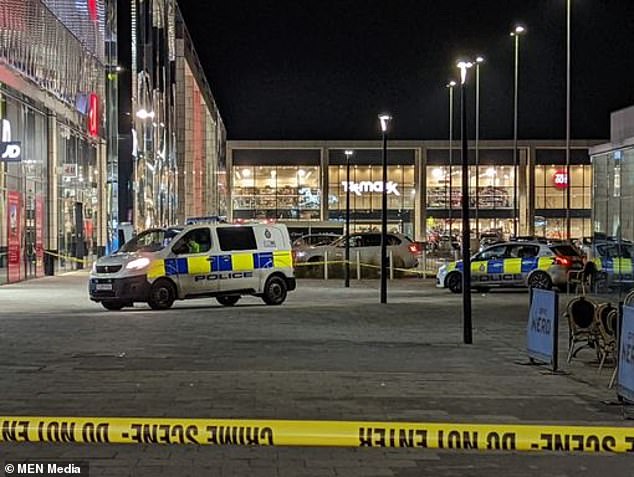 A spokesman for West Yorkshire Police said: ‘At 3.44pm today, police received a report that males with a knife had entered a shop in Century Way, Leeds and then driven off in a vehicle.

‘Officers attended and found a male inside the shop with injuries to his hands and face.

‘He was taken to hospital for treatment. A second male was found outside the shop with a head injury.

‘He received treatment at the scene. A scene is in place for forensic examination and enquiries into the incident are continuing.’

The area remains cordoned off by police.