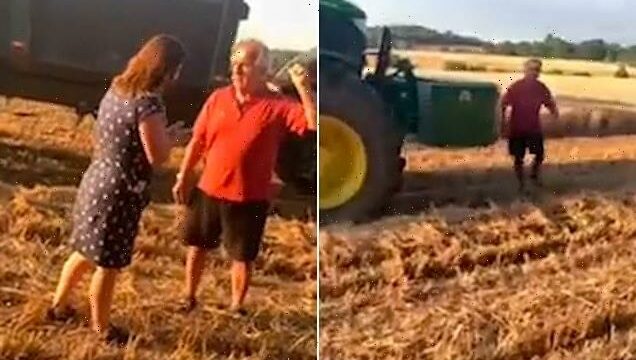 This is the moment a furious man jumped in front of a combine harvester to complain the machine had ‘ruined his family picnic’ by spraying them with dust.

The angry picnicker took issue with the farmer harvesting their wheat in Berkshire on Saturday, August 13.

Remarkable video shows the man, who claimed to have been having a family meal next to the field, fronting up to the massive piece of machinery in the middle of the field.

Video posted on Twitter by Berkshire Farm Girl shows her and her mum driving around the field as they rush to get him out of the way of the hulking 16tonne vehicle. 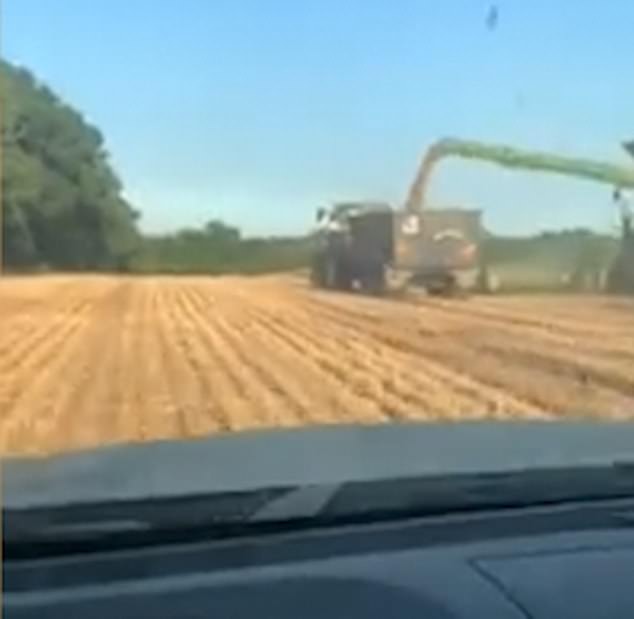 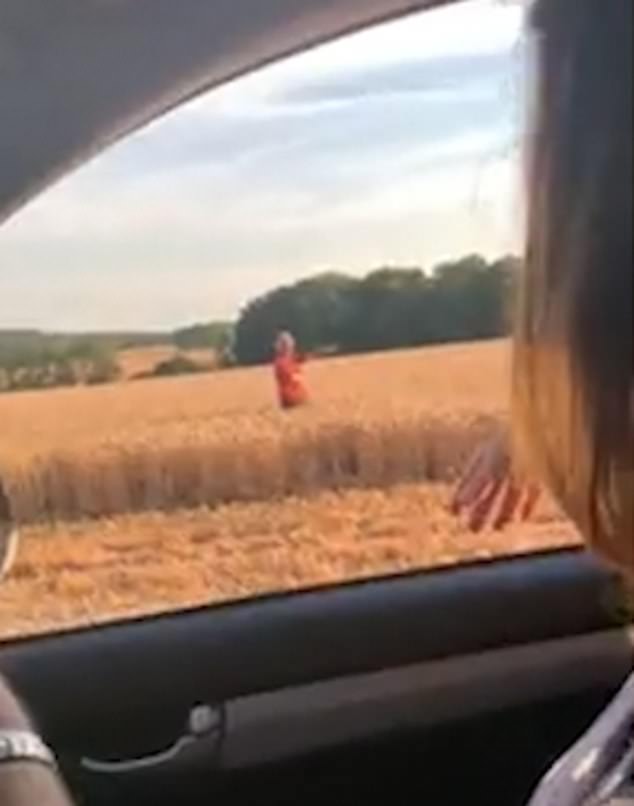 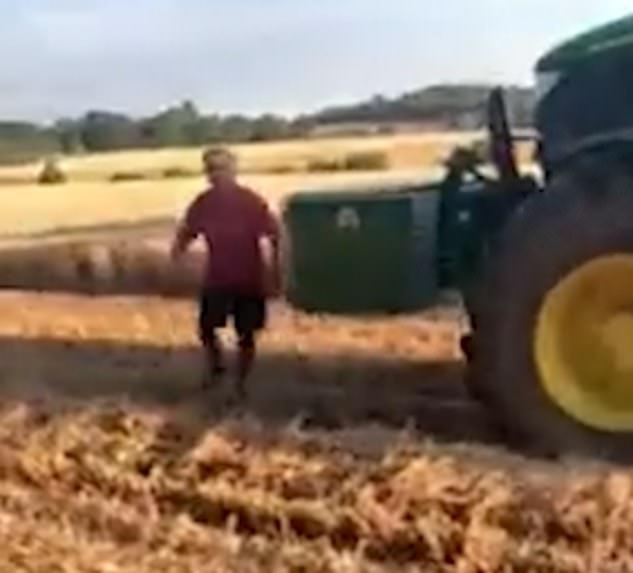 Her mum can be heard speaking with a farm worker who has spotted the man stood in front of the combine and a tractor collecting the wheat.

She can be heard asking ‘where is he?’, before being told ‘He’s stood right in front of me’ by the worker.

A shout of ‘oh my God!’ can be heard as the camera pans to a show a man dressed in a red t-shirt stood directly front of the combine harvester.

She desperately tries to get the man’s attention, shouting: ‘ Can you just come over here for a minute?’

The man then points at the combine harvester and stays where he is, with his arms folded.

She then gets out of the car, and as the tractor pulls forward the man walks around the front.

He angrily says: ‘We were just having a family meal and he sprayed our table twice.’

When she responds by introducing herself, he interrupts her saying: ‘I don’t care what your name is.’

She tweeted: ‘Yesterday we had an angry member of the public jump out in front of the combine around the headland because his sandwich was covered in dust.

‘He then came out again and stood in front of the combine. He was so lucky not to have been hit by a vehicle. Thanks mum for de-escalation.’