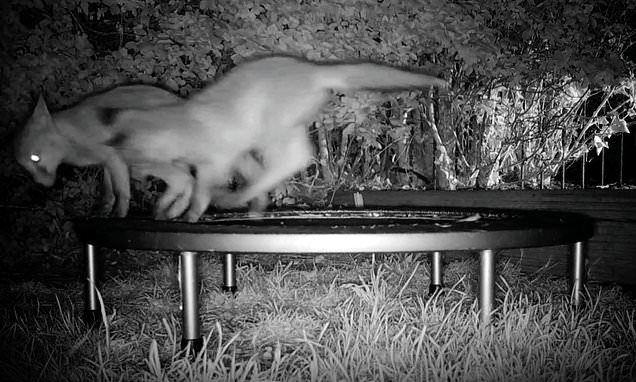 Playtime! Fox cubs bounce on a trampoline and chase around woman’s garden in adorable night footage

A pair of cheeky fox cubs have been caught on camera playing on a trampoline after sneaking into a woman’s garden.

Dora Nightingale, 55, first spotted the male and female red fox cubs in her garden in Worthing, West Sussex, earlier this year when they wondered over in broad daylight.

She already knew a lot about foxes because she cares for another of the wild animals, called Faith, who has been visiting her garden for the past three years. 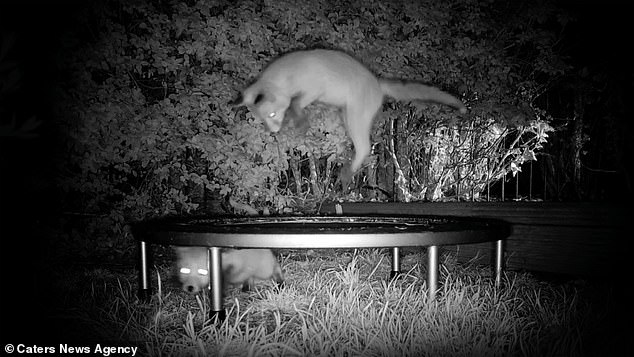 Dora Nightingale, 55, first spotted the pair of cheeky foxes earlier this year when they wondered into her garden in Worthing, West Sussex

Ms Nightingale named the cubs Woody and Willow and left food and water out for them.

The foxes became regular visitors in no time.

Footage shows the cubs gleefully bouncing on the trampoline and chasing each other around the garden.

One of the cubs sneaks under the trampoline to hide from the other, only to pounce and scare him when he bounds past.

Eventually Ms Nightingale realised Woody and Willow were teething, as they started chewing on her plants, so she bought them chew toys and sticks.

The three-month-old cubs seemed to get bored of the chew toys so Ms Nightingale got them a ball pit and their favourite toy of all – a trampoline. 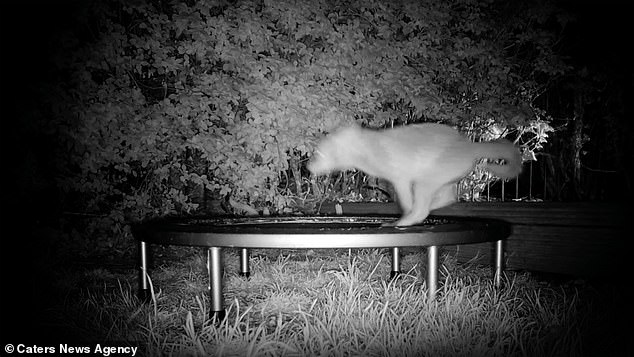 She started to put water and food out for them and the pair, who Ms Nightingale has named Woody and Willow, became regular visitors in no time

She decided to set up a camera and film their reactions to the toys she was bringing them.

Later in the video the cubs are seen careering around the garden in daylight with plastic balls while doing roly-polys.

Ms Nightingale, a filmmaker who makes documentaries to raise awareness of issues that foxes face, said: ‘Over the course of six weeks, I brought them many things to explore – a sock, a ball. 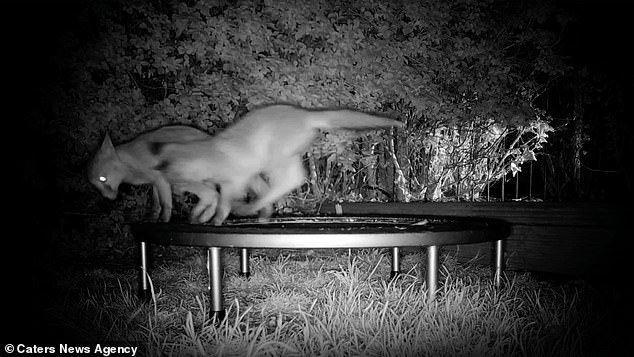 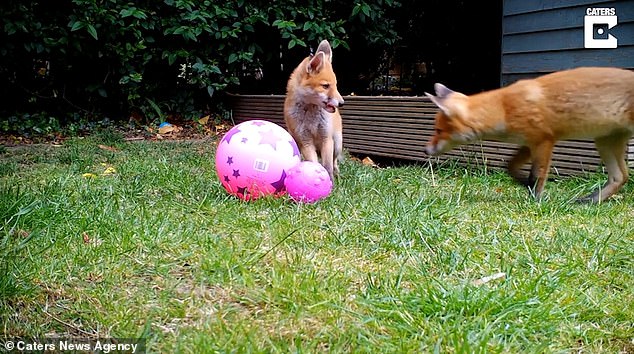 Once the cubs started visiting more often, Ms Nightingale decided to buy them some toys like balls and a ball pit

‘They were growing, their curiosity progressed so I bought them a trampoline.

‘They really had fun and learnt how to pounce – they loved it.

‘I really believe that foxes have a bad reputation and I am trying to change that.

‘I would advise people to observe them and get to know them. 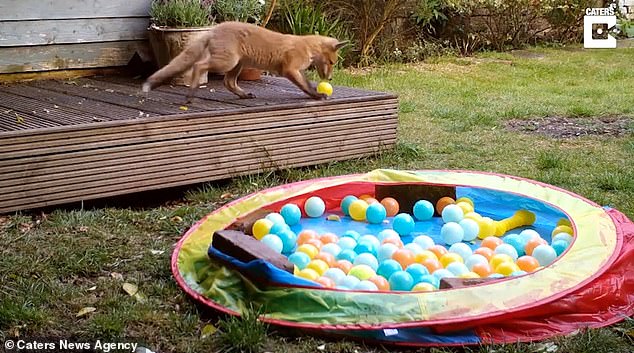