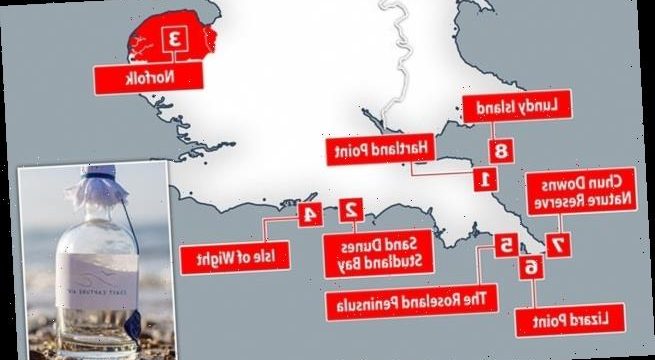 Two counties are at war after a business started selling bottled ‘Cornish air’ for £75 that’s actually from Devon.

Coast Capture Air sells bottles of fresh breezes from Hartland Point, among other locations across the UK, which the firm has claimed is on the Cornish coast.

Hartland Point is close to Bideford, Devon, and is around ten miles away from the border. 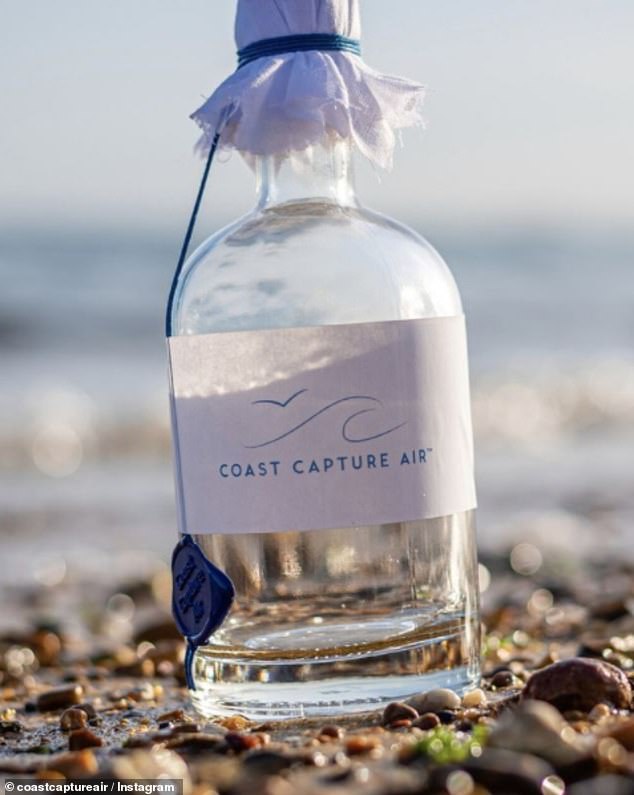 The blunder has sparked a war of words between the counties, with Devon locals saying that stealing their air is ‘typically Cornish’, while Cornwall natives say that the firm ‘knows good air when they see it and that’s why they are trying to market it as Cornish.’

The company states that their glass bottles hold ‘fresh coastal air in its purest form, direct from the natural and unspoiled coast lines of Great Britain.’

‘Our select Air capturing locations are typically rural, unpolluted by man or machinery and often remote and hard to reach’, it adds.

It goes onto state that the air is ‘bottled at source’ on ‘Hartland Point, Cornish Coast, Great Britain.’ 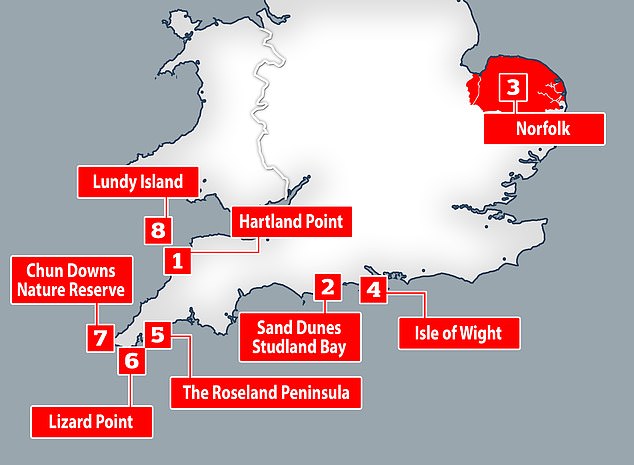 People living in Devon claim its air shouldn’t be marketed as coming from across the Tamar.

Jo Taison from Plymouth, Devon, said: ‘I can’t believe that they’re doing it, but also that people can’t tell the difference? The air on the opposite side of the Tamar is riddled with disappointment and regret.

Where to get the best air around the world

According to their website, Coast Capture Air travel up and down the country to find and bottle the very best sea breezes the UK has to offer. But, you can also purchase clean air from other countries across the world. ‘Trying to steal our air is typical of the Cornish. They have history of this. Stealing the pasty, which everyone knows was really invented in Devon, and trying to inflict their ridiculous way of serving a cream tea to the world.’

But Mark Sandwell, of Liskeard, Cornwall, said the firm has been wise to market the air as Cornish.

‘They know good air when they see it and that’s why they are trying to market it as Cornish,’ he said.

‘What a load of rubbish though. I’d only open that bottle and sniff the Devon air if I’d ran out of smelling salts and needed snapping out of a stupor.’

Others took to social media to ridicule the whole idea.

Adam Harris added: ‘Just goes to prove that nothing is rarer than common sense.’

And Peter Care said: ‘What a load of tripe if people are that stupid then they deserve to be classified as idiots.’

Coast Capture Air claims that the concept of breathing in freshly bottled UK coastal air has sparked interest from polluted areas across the world.

A spokesperson added: ‘Some people continued to purchase our bottles as souvenirs. Others inhale the fresh coastal air at home on a daily basis.

‘They told us that it helped counter the harmful effects of air pollution. Many customers live in in smog-filled cities across the world where the pollution levels are very high.’

The website boasts positive testimonials from those who have purchased the product, claiming it can help with mindfulness.

Erica S, from Palo Alto in California, wrote: ‘I breathe my Coast Capture Air during my daily mindfulness meditation. I know it makes a real difference to my breathing and I love that is clean air from Great Britain.’

‘I bought my Coast Capture air as a souvenir of my travels around Great Britain,’ Alex H, from Germany wrote. ‘Every time I look at it, it reminds me of happy times.’