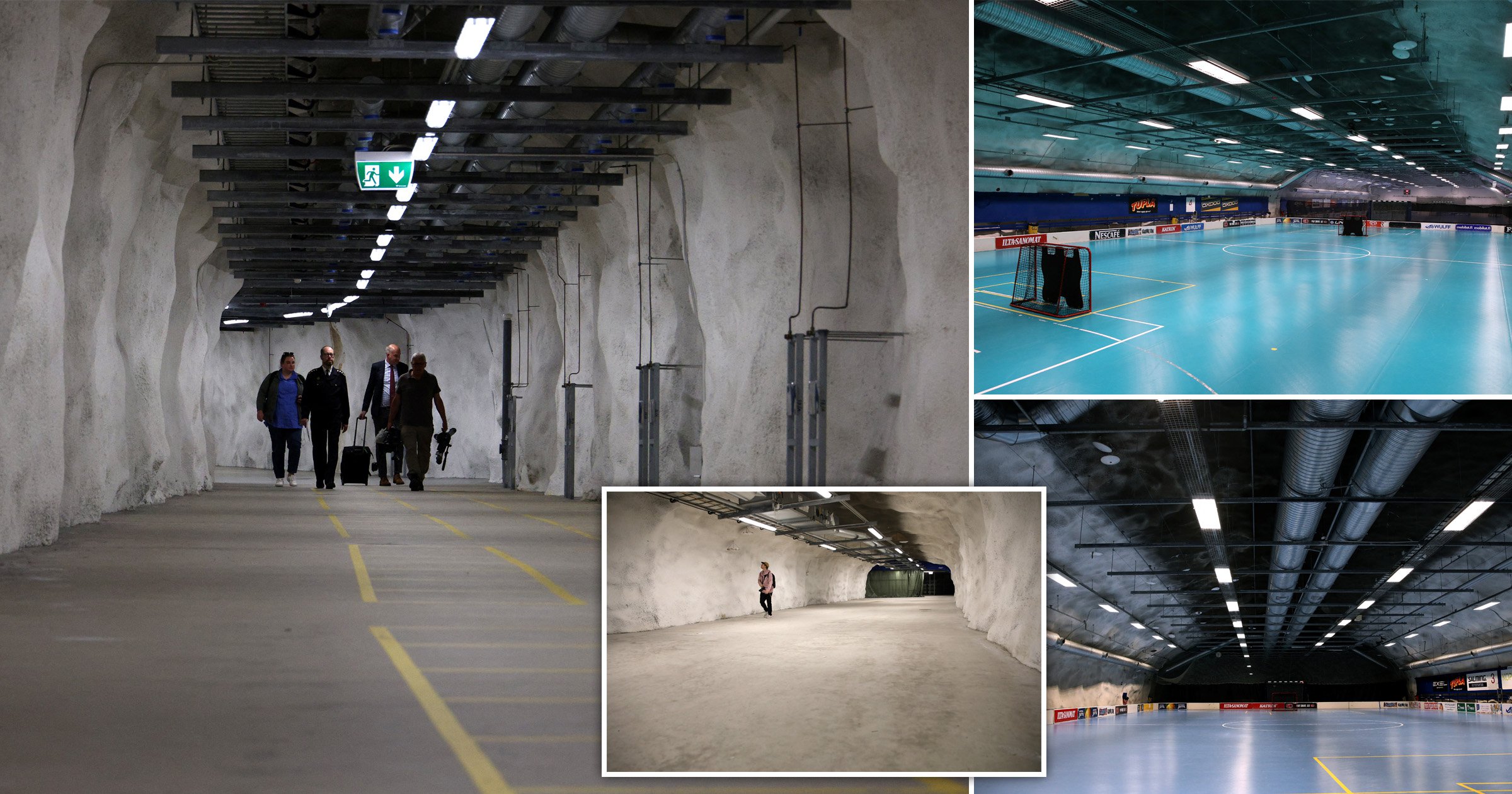 This is one of Finland’s remarkable networks of underground bunkers, said to be capable of withstanding nuclear and gas attacks.

The Scandinavian nation has enough capacity beneath the surface to easily shelter the entire 630,000 population of the capital – and any visitors – in the event of a catastrophic Russian attack.

Eye-opening images show the scale of the project, which would allow Finns to survive for months, some 25 metres beneath the surface of Helsinki.

A giant indoor sports hall and lengthy tunnels are shown in the pictures.

Finland has been preparing for disaster for decades and has a sprawling network of almost 10 million square metres underground, covering nearly 200 miles in almost 500 separate bunkers.

‘This door can take a blast of up to six bars of pressure, so even a nuclear bomb won’t break it’, ‘preparedness instructor’ Varautumisen Opettaja told The Daily Mirror.

‘The second door is gas and chemical proof.

‘So there could be bombs dropping above and yet children happily playing down here below.’

If Finland were attacked, residents would be told to make their way to the barely noticeable entrances to the bunkers on streets.

It comes as both Sweden and Finland pushed ahead with efforts to join Nato today.

Talks were being held in Ankara in an effort to overcome Turkey’s objections to the move.

Russia has made increasingly dire warnings about what Nato membership would mean for Finald and Sweden.

In the Second World War, the Soviet Union unexpectedly dropped bombs on Helsinki and declared war on Finland.

The Finns fought put up a stern defence but eventually lost more than 10% of their territory in a peace settlement.

Ever since, there has been suspicion of their neighbours and work began on the bunkers in the 1960s.

Get in touch with our news team by emailing us at [email protected].