New York: A right-wing Twitter troll was arrested for spreading disinformation on the social media platform, telling people they could vote by text in the 2016 presidential election in an effort to suppress votes for Hillary Clinton, federal prosecutors said on Wednesday, local time. 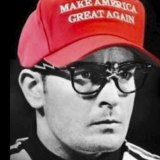 Douglass Mackey, 31, who the feds say went by the Twitter name Ricky Vaughan, was a prominent anti-Semite, racist and Trump-booster online before the 2016 election, the Huffington Post reported.

Mackey was followed by tens of thousands on Twitter and used his online platform to promote lies in the months leading up to the election in an effort to confuse voters.

Between September and November 2016, Mackey conspired with others to fool social media users into casting their ballots online for Hillary Clinton, a law enforcement source said.

The goal was to suppress the actual vote for Clinton in an effort to get Trump elected, federal authorities said.

“Avoid the Line. Vote from Home,” he tweeted on November 1 along with a photo of a black woman standing in front of an “African Americans for Hillary” sign.

The Tweet had fine print at the bottom that read, “Must be 18 or older to vote. One vote per person. Must be a legal citizen of the United States. Voting by text not available in Guam, Puerto Rico, Alaska or Hawaii. Paid for by Hillary for President 2016.“

The scheme worked on more than a few potential Clinton voters, with 4900 texting her name to the phone number Mackey put online, the feds said.

The next day, Mackey tweeted his strategy for helping Trump win.

“Obviously, we can win Pennsylvania. The key is to drive up turnout with non-college whites, and limit black turnout,” he said, writing as Ricky Vaughan.

Mackey’s identity was revealed in 2018 by white supremacist congressional candidate Paul Nehlen, according to the Huffington Post.

“What Mackey allegedly did to interfere with this process – by soliciting voters to cast their ballots via text – amounted to nothing short of vote theft,” said William Sweeney, the FBI’s assistant director in charge. “It is illegal behavior and contributes to the erosion of the public’s trust in our electoral processes.“

Mackey faces up to 10 years in prison if convicted of the charge of election interference.

Mackey was arrested Wednesday morning in West Palm Beach, Florida. He was released on a $US50,000 bond and is set to be prosecuted in Brooklyn Federal Court on the charges.