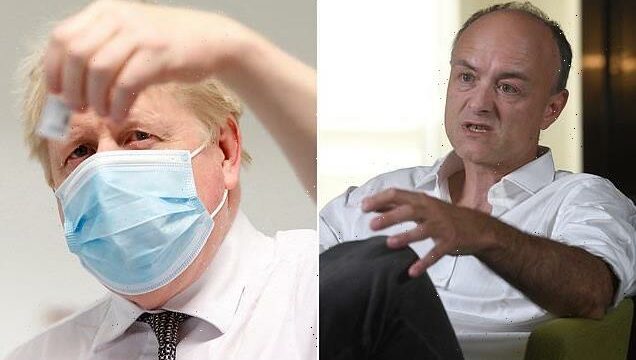 Dominic Cummings says Boris Johnson held ANOTHER Covid rule-busting drinks party in the Number 10 garden on May 20, 2020 as he accuses PM of telling ‘multiple lies about parties in December 2020’

Dominic Cummings today claimed another Covid rule-busting ‘socially distanced drinks’ event was held in the Number 10 garden on May 20, 2020, as he accused Boris Johnson of telling ‘multiple lies’ about gatherings.

Mr Johnson’s former chief aide said he had warned the alleged event ‘seemed to be against the rules and should not happen’ but he was ‘ignored’.

Meanwhile, Mr Cummings said a much publicised ‘cheese and wine’ gathering in the garden on May 15, 2020, was within the rules.

A leaked photograph first published by The Guardian showed Mr Cummings sat at a table with Mr Johnson and Mrs Johnson while a group of aides were in the background.

Mr Cummings said in a new blog post that ‘the scene on the terrace was in no sense a “party” or “organised drinks”‘ because ‘many meetings had been taking place in the garden all day’.

The new accusation of a social gathering in Number 10 on May 20 is likely to reignite a furious political row over alleged rule-breaking parties within Whitehall as a Cabinet Office probe centred on a December 18 Downing Street event continues.

Mr Cummings stepped up his war of words with Mr Johnson as he said: ‘Obviously the PM has told multiple lies about parties in December 2020 and forced or encouraged others to tell the media untrue things.’ 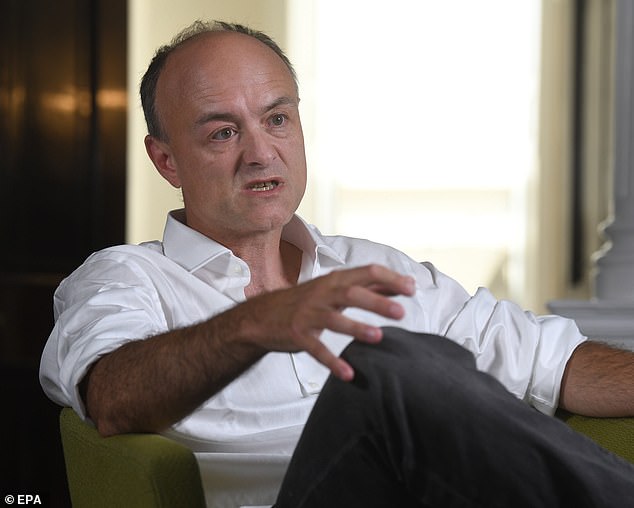 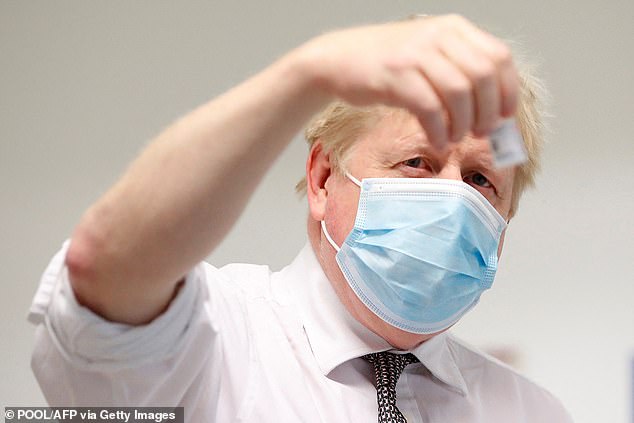 Mr Johnson’s former chief aide said he had warned the alleged event ‘seemed to be against the rules and should not happen’ but he was ‘ignored’.

The leaked photo of the May 15 gathering showed Mr Johnson, Mrs Johnson and 17 other staff members in the garden, with bottles of wine and a cheeseboard on a table in front of the PM.

Mr Cummings today confirmed that he is pictured sitting opposite the Prime Minister in the photograph.

But he wrote: ‘It is alleged by many that this shows “a party”, “rule breaking” and so on. This is wrong.

‘I had several meetings at that table that day. Before this photo the PM, me and others had a meeting at that table.

‘The meeting ended roughly 6-630. The PM and I continued talking as it broke up. Someone brought a bottle of wine out to the table.’

He added: ‘The scene on the terrace was in no sense a “party” or “organised drinks”. Many meetings had been taking place in the garden all day.’

Mr Cummings said it was ‘common sense’ for meetings to take place outdoors because of the ongoing pandemic.

But he said ‘there was a social event May 2020 that should not have happened’.

He wrote: ‘On Wednesday 20 May, the week after this photo, a senior No10 official invited people to “socially distanced drinks” in the garden.

‘I and at least one other spad (in writing so Sue Gray can dig up the original email and the warning) said that this seemed to be against the rules and should not happen.

‘We were ignored. I was ill and went home to bed early that afternoon but am told this event definitely happened.’

The Government has faced numerous accusations of rule-breaking gatherings being held during the coronavirus pandemic.

It has previously been alleged that a Christmas party was held in Downing Street on December 18, 2020.

That event reportedly saw officials and advisers make speeches, enjoy a cheese board, drink together and exchange Secret Santa gifts, although the Prime Minister is not thought to have attended.

That event is at the heart of an investigation being led by senior civil servant Sue Gray, which is examining the allegations of lockdown-breaking parties across Whitehall.