London: Australian wine producers are being urged to send their bottles to Britain as China imposes steep tariffs on the industry as part of Beijing's dispute with the Morrison government.

While Australia sends 39 per cent of its wine exports to China and only 15 and 14 per cent to the United States and Britain respectively, the UK's thirst for Australian drops is only growing.

Australian wine makes up 22 per cent of Britain's retail wine sales, close to double the amount purchased from the next country selling into the UK, Italy.

In the 12 months to October this year, sales of Australian wine in Britain grew by 10 per cent to be worth $1.3 billion according to market research and data company IRI. 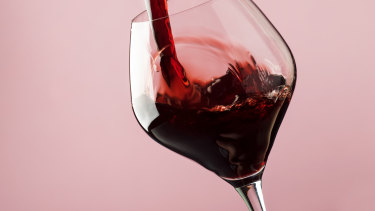 Britain has a prodigious thirst for Australian wines. Credit:iStock

"Australian wine has developed a firm foothold in the UK market for good reason," says Mike Hayes, the Australian Society of Viticulture and Oenology's winemaker of the year in 2017.

"Due to similar climates to the wine growing regions of Italy and Spain, some of Australia’s producers are truly punching above their weight in terms of intrinsic flavours. The most common wines that we are seeing high demand for in the UK market include Shiraz, Chardonnay and Cabernet Sauvignon which is mainly due to their unique flavours."

British wine merchant Stuart McCloskey, whose company The Vinorium sells almost exclusively Australian wine into Britain and Europe, says the customer base is more loyal than the Chinese.

"I wouldn't panic," he says. "We've seen it all before – China are quite a fickle customer quite frankly and when they don't get their way they spit their dummy out," he says.

"For small wine producers, I wouldn't worry because the emergence of Europe [as a market] is so super-powerful and strong and more importantly it's less fickle and there's more loyalty there."

While the overwhelming majority of sales is sort of wine most Australians wouldn't be caught dead buying — like the Yellow Tail Shiraz, which retails at supermarket Tesco for £7 ($12) and is bottled in the UK — the market for premium wines is also growing, according to McCloskey. 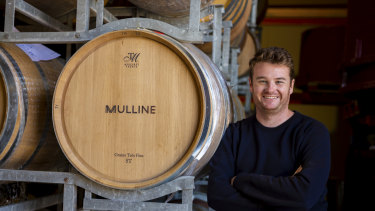 Around this time, McCloskey got in touch, having earmarked the Barossa-proven winemaker for big things. He bought stock of Mullen’s four varieties – shiraz, pinot, chardonnay and sauvignon blanc.

For Mullen, his first export opportunity was doubly sweet because his family is not just from Britain but from the same area as The Vinorium's HQ.

"They’re in Kent as well and half an hour from The Vinorium’s store, so it’s kind of fun for them to go around the corner and be able to see my wine."

Mullen says he has no ambitions to export to China, mainly because his wine is at the higher end, retailing at around $50 per bottle in Australia or £32.95 on The Vinorium.

"For a first release, that’s quite a lot of money for a bottle of wine, so the countries where we’re wanting to position the wine are especially the UK and then Europe and North America hopefully.

"China’s not somewhere where we are trying to position ourselves anytime soon and who knows where that’s going," he says referring to the tariffs. "It does reaffirm that I'm happy to stick to countries like the UK, Europe and North America."