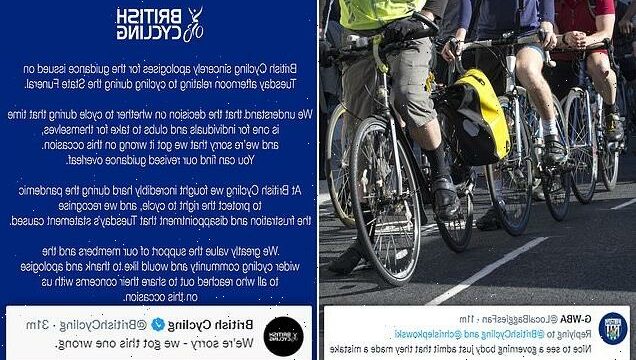 The country’s largest cycling organisation – which was ridiculed for telling people not to use their bikes during the Queen’s funeral – have apologised and done a U-turn.

British Cycling said it was sincerely sorry for releasing the guidance that initially put an end to pedal power for the day.

On Tuesday it had issued a statement saying bikes should not be used at all during the service on Monday, which has been designated a bank holiday.

But an outcry from lycra-clad critics, including one waspish response that asked ‘Would you rather I, as a mark of respect, pollute the air with my car’ the call has been reversed.

Now British Cycling has said: ‘British Cycling sincerely apologises for the guidance issued on Tuesday afternoon relating to cycling during the State Funeral.

‘We understand that the decision on whether to cycle during that time is one for individuals and clubs to take for themselves, and we’re sorry that we got it wrong on this occasion. You can find our revised guidance below. 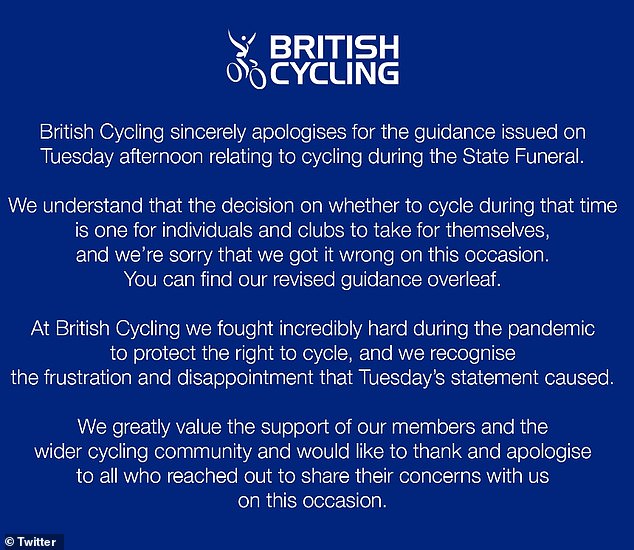 ‘At British Cycling we fought incredibly hard during the pandemic to protect the right to cycle, and we recognise the frustration and disappointment that Tuesday’s statement caused.

‘We greatly value the support of our members and the wider cycling community and would like to thank and apologise to all who reached out to share their concerns with us on this occasion.’

Its website describes its ‘mission in life’ to ‘inspire and support people to cycle regularly’.

The original stance saw one cyclist rage: ‘Unfortunately my working hours coincide with the funeral.

‘Is it OK with you if I don’t follow your absolutely ridiculous advice and bike to work? 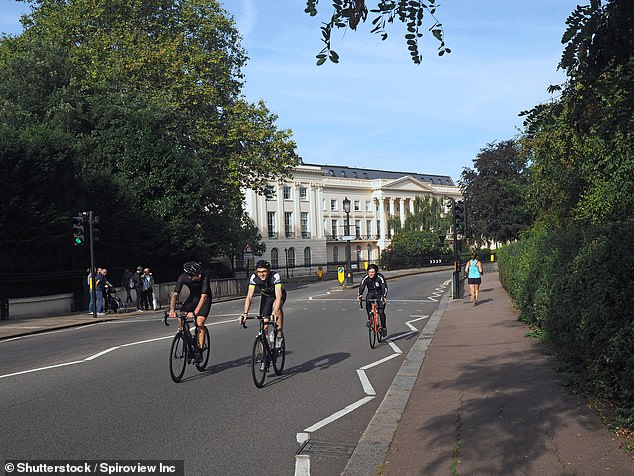 ‘Or would you rather I, as a mark of respect, pollute the air with my car? Maybe I can honk the national anthem on my horn?’

But the U-turn prompted a warm welcome from most.

Marlon Lee Moncrieffe wrote on Twitter ‘This is better’.

And Paul Sheen said: ‘You did get this wrong and it’s goof that you have rectified it.’

British Cycling is by no means the first organisation to come under fire over the funeral.

Last night Greggs joined the growing band of businesses that said they will not open or will offer restricted hours on Monday to give staff time off to watch he Queen’s funeral. 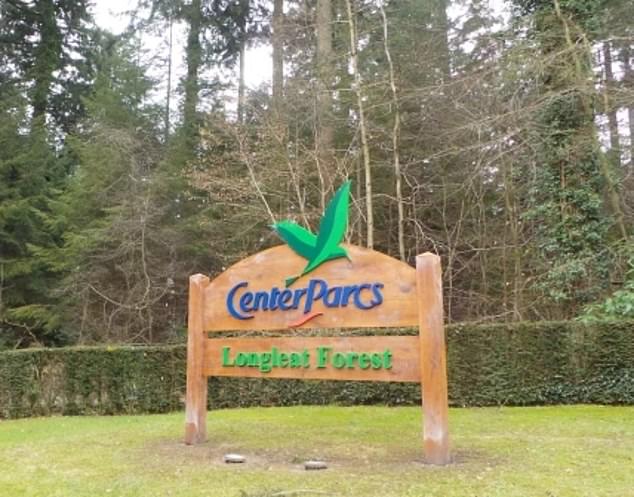 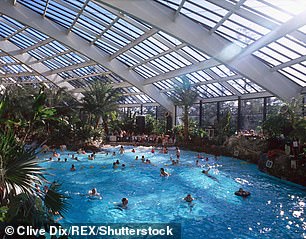 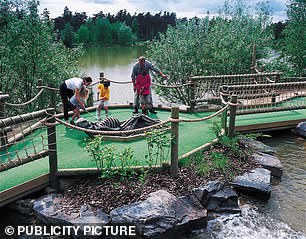 Popular activities at Center Parcs, including the large swimming pools (left) and outdoor events such as crazy golf or climbing ranges are understood to be shutting on Monday as a ‘mark of respect’ to the late Queen Elizabeth II

Several major retailers, fast food chains and entertainment venues have already announced their intention to shut down during the day.

But Center Parcs has probably faced the most irate customers over its forever-changing stance.

It faced further backlash after it revealed their facilities would be closed for guests staying at their resorts while also warning new arrivals not to arrive on the day of the Queen’s state funeral.

The holiday chain had been inundated with complaints after it said its five sites would close from 10am on Monday September 19 ‘as a mark of respect’, leaving guests scrambling as they struggled to find alternative accommodation.

The company was earlier forced into an embarrassing U-turn after being contacted by thousands of furious families whose holiday plans were left in tatters by Center Parc’s plan to turf them out.