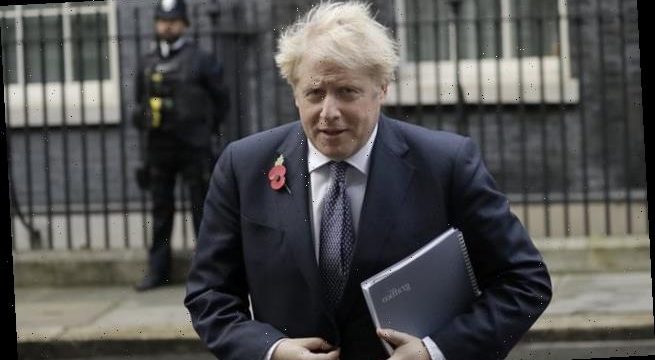 Boris Johnson is being urged to call in the police to identify the so-called ‘Chatty Rat’ who potentially risked lives by leaking plans for the second Covid lockdown.

Former Tory leader Sir Iain Duncan Smith warned the Prime Minister the hunt for the leaker should become a ‘criminal investigation’ if necessary.

He told The Mail on Sunday: ‘This remains as serious as the day it happened and whoever did this needs to be made an example of.’ 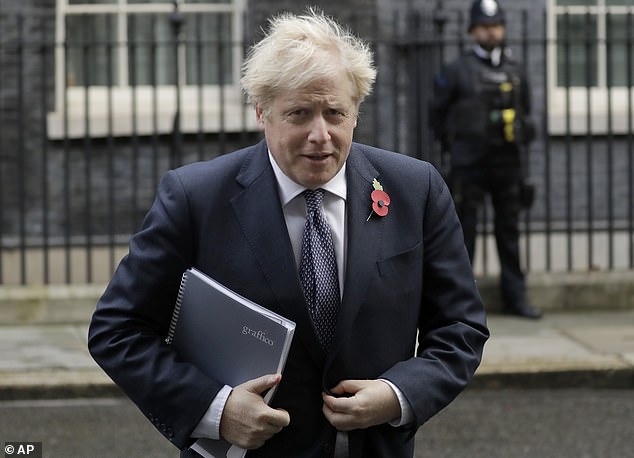 Boris Johnson, pictured on November 10, is being urged to call in the police to identify the so-called ‘Chatty Rat’ who potentially risked lives by leaking plans for the second Covid lockdown

The call comes after Downing Street took the unusual step last week of briefing Commons Speaker Sir Lindsay Hoyle on Privy Council terms of the progress of the investigation.

But some Tory MPs say that however angry Mr Johnson is now over the leak, he will eventually prefer to kick the search into the long grass for fear it leads to the resignation of one of his Cabinet colleagues.

Plans for England’s second lockdown were leaked on a Friday night after a meeting attended by just four Cabinet Ministers.

It is feared to have led people to risk getting the virus over that weekend by making the most of pubs prior to closing on November 4.

It also led to an extraordinary scramble at No 10 to arrange a special Saturday press conference to make the announcement, which almost clashed with BBC1’s Strictly Come Dancing that evening.

It sparked claims that a Minister, or adviser, had revealed the plans to ‘bounce Boris’ into the shutdown. 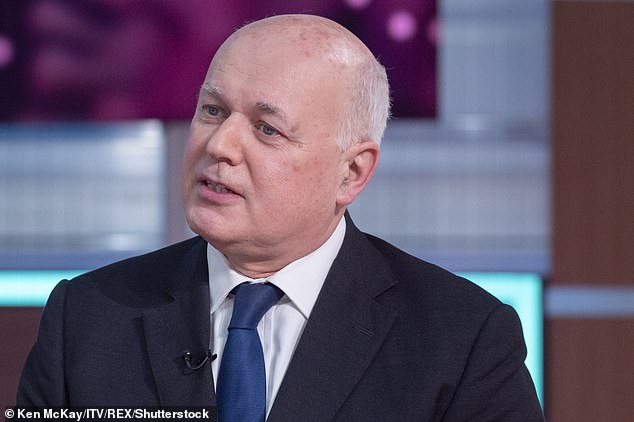 The Mail on Sunday has already revealed that the hunt for the leaker – dubbed the Chatty Rat at Westminster – was so serious that two Ministers who attended the briefing, Michael Gove and Matt Hancock, were ordered to surrender their phones. Both deny any wrongdoing.

The Cabinet Office has cautioned that ‘concrete conclusions might prove to be elusive’.

Sir Iain said: ‘I consider this to be probably the most serious leak I can recall in the time I have been in Parliament because it literally played with people’s lives. If necessary, the PM should actually call in the police.’