Singapore: Australia’s ambassador to China has met with China’s vice-foreign minister in Beijing, days before the country’s foreign ministers are due to cross paths at the G20 in Bali.

The meeting between Graham Fletcher and Xie Feng paves the way for a potential meeting between Foreign Minister Penny Wong and China’s top envoy Wang Yi at the Bali foreign ministers’ summit from Thursday. 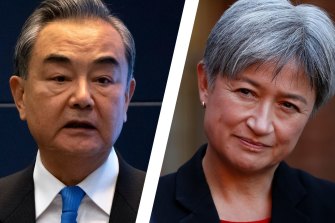 Wong and Wang narrowly avoided each other in the Pacific in May and June with each paying visits to Samoa, Tonga, Solomon Islands and Fiji as Beijing attempted to push through a regional security deal.

China’s regional military ambitions were one of a dozen disputes between Australia and China that led to high-level diplomatic contact being frozen for more than two years. But that relationship has shown signs of improvement since Defence Minister Richard Marles met with a lower-ranked Chinese Defence Minister in June. A meeting between Wong and Wang would be the highest level contact between equivalent Australian and Chinese ministers since September 2019.

The Australian Department of Foreign Affairs would not confirm the details of the meeting between Fletcher and Xie. China’s Foreign Ministry said the meeting took place at the request of the Australian government. “The two sides exchanged in-depth views on China-Australia relations,” it said while taking the unusual step of publicising the meeting between two relatively low-ranking officials. Ambassadors and diplomatic representatives typically meet ahead of ministers to float proposals and map out agendas.

An overture in June by Trade Minister Don Farrell towards the Chinese trade delegation in Geneva was rejected by Chinese officials. The Australian government has not made an official request of Wang, but would be supportive of re-opening dialogue at the foreign minister level in Bali. Australian officials are neither optimistic nor pessimistic about a meeting between Wong and Wang occurring.

Chinese government-controlled media has largely welcomed the election of the Labor government as an opportunity to re-set relations, although Beijing appears to be growing frustrated at the Australian government’s ongoing criticism of its actions. The China Daily said last week that chances of a reset between Beijing and Canberra were “rapidly diminishing” after Prime Minister Anthony Albanese said Russia’s actions in Ukraine were a warning of China’s intentions in Taiwan.

In Beijing, diplomats have been grappling with a rapidly evolving set of strategic circumstances as Russia’s invasion of Ukraine triggers anxiety about China’s role in the Indo-Pacific and escalating tension with the United States.

“We now stand one step away from the abyss into which we are being pushed by sabotage,” Russia’s ambassador to China Andrey Denisov told the World Peace Forum at Tsinghua University on Monday.

Nicholas Burns, the US ambassador to China, urged Beijing not to provide material economic and military support for Russia and to stop accusing NATO of starting the war.

“These lies are the behaviour of an authoritarian regime that routinely doesn’t tell the truth,” he said. “And unfortunately, they have been picked up by the Chinese.”

“One of the things I was always told about Chinese foreign policy was that the one thing that China really believed in was territorial integrity and sovereignty,” she said.

“If you aspire to change the system, the first thing you have to do is to respect the system.”

Speaking to the audience of Chinese students, academics, and diplomats in Beijing, Burns said competition between China, the US and its allies had now become the dominant driver in the relationship.

“We need obviously to compete in such a way that we mitigate the possibility of an unintentional conflict between us which neither of us wants,” he said.