Washington: Australia’s foreign interference laws will form part of a broader global strategy to counter the threat of China, with politicians from around the world endorsing the idea in Washington along with a suite of measures to safeguard countries from Beijing’s economic coercion.

As Chinese President Xi Jinping and his Russian counterpart Vladimir Putin met in Uzbekistan to solidify their partnership this week, an alliance of parliamentarians from almost 30 countries signed off on a new blueprint to help democracies resist intimidation from the Asian superpower. 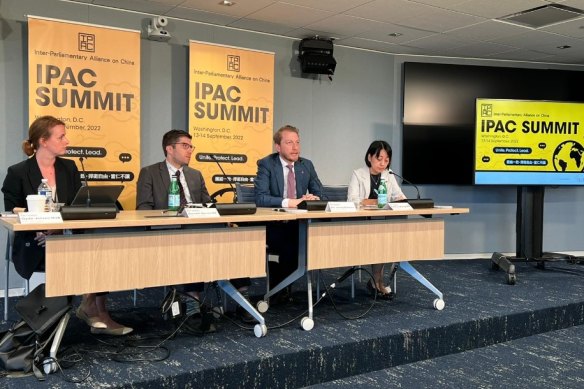 The communiqué from the Inter-Parliamentary Alliance on China (IPAC) – a bipartisan group of legislators that includes Australia among its members – calls for greater deterrence measures to protect Taiwan against military action from Beijing, including the use of “meaningful” sanctions.

The group also vowed to increase the number of parliamentary visits to Taiwan – one month after the US speaker Nancy Pelosi enraged Beijing by visiting the island nation – and to push for possible travel bans and the freezing of assets against Chinese officials engaging in human rights abuses.

Australia’s foreign interference laws, which make it a crime to influence a political or government process in a way that is covert or involves deception, were also highlighted in the blueprint, which was developed by 60 parliamentarians from countries as wide-ranging as the US and the UK, to Uganda, Lithuania and Fiji.

“Through the activities of the United Front Work Department and the Ministry of State Security, the PRC is coordinating a global push to gain influence and conduct interference in our democratic processes and institutions,” the communiqué says.

The United Front Work Department is one of the main organisations the Chinese Communist Party uses to spy on and influence individuals and organisations inside and outside China.

“IPAC calls on our governments to act to protect the freedom and integrity of our democratic life, including… putting in place regulations which require agents lobbying on behalf of foreign states to declare their work, as modelled in Australian legislation, in order to guard against covert or illegitimate political influence.”

Foreign interference was criminalised in Australia in 2018, with former Liberal candidate Duong Di Sanh recently becoming the first person charged with such an offence.

In July, the 67-year-old was committed to stand trial in the Victorian County Court, with prosecutors alleging that he made a $37,000 donation to the Royal Melbourne Hospital in 2020 as a way to interfere with former federal minister Alan Tudge on behalf of the Chinese Communist Party.

Australian Senator James Paterson, who attended the summit in Washington this week with fellow Liberal MP Andrew Hastie and Labor parliamentarians Peter Khalil and Deborah O’Neill, said there was a “surprisingly high level of awareness” of Australia’s foreign interference laws, with numerous countries, particularly across Europe, “watching with interest”.

He added that the IPAC blueprint, while not binding on governments, “sets out a clear pathway to help democracies resist coercion and intimidation from Beijing.”

IPAC was formed in 2020 as a bipartisan group to tackle the challenges posed by the threat of Beijing.

But the alliance has taken on greater significance in recent times, as countries around the world have become increasingly concerned about authoritarian China’s rise, its human rights violations against the Uyghur Region, and its encroachment in the Indo-Pacific.

US Democratic Senator Bob Menendez, who chairs the Senate Foreign Relations Committee, and co-hosted the summit alongside Republican Senator Marco Rubio, said he had “never seen a more challenging time for the United States” in his 30 years of working in foreign policy.

Rubio, who is vice-chairman of the Select Committee on Intelligence, described the threat of China as “the challenge that will define the 21st century”.

“I believe there is no way that we get to the end of this decade without something happening one way or the other with regards to Taiwan – and that is a moment which threatens to be a seminal moment in human history,” he added. 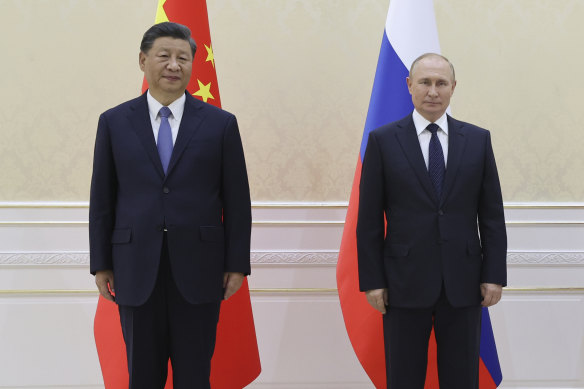 “If in fact, the Chinese Communist Party is successful in subjecting the people of Taiwan to living under tyranny, it will be a moment that will steer the course of human events for generations.”