TWELVE people have been killed and more than 40 others hurt following a string of mass shootings across the country this weekend as Halloween celebrations were marred by real-life horrors.

At least seven mass shootings unfolded between Friday night and early Sunday morning, including two in Texas, three in California, one in Illinois, and one in New Mexico amid what experts are calling an "unprecedented" surge in murders in the US. 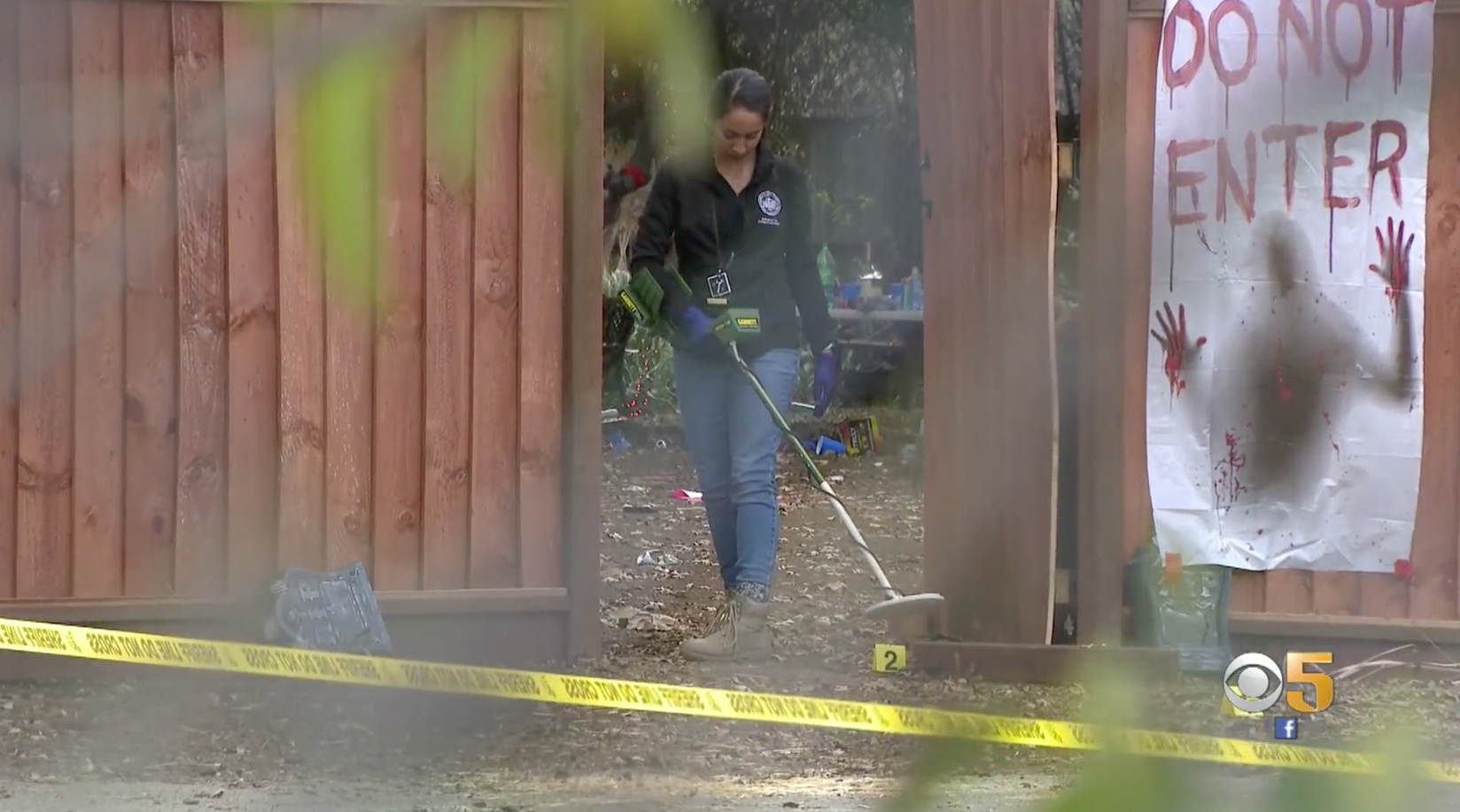 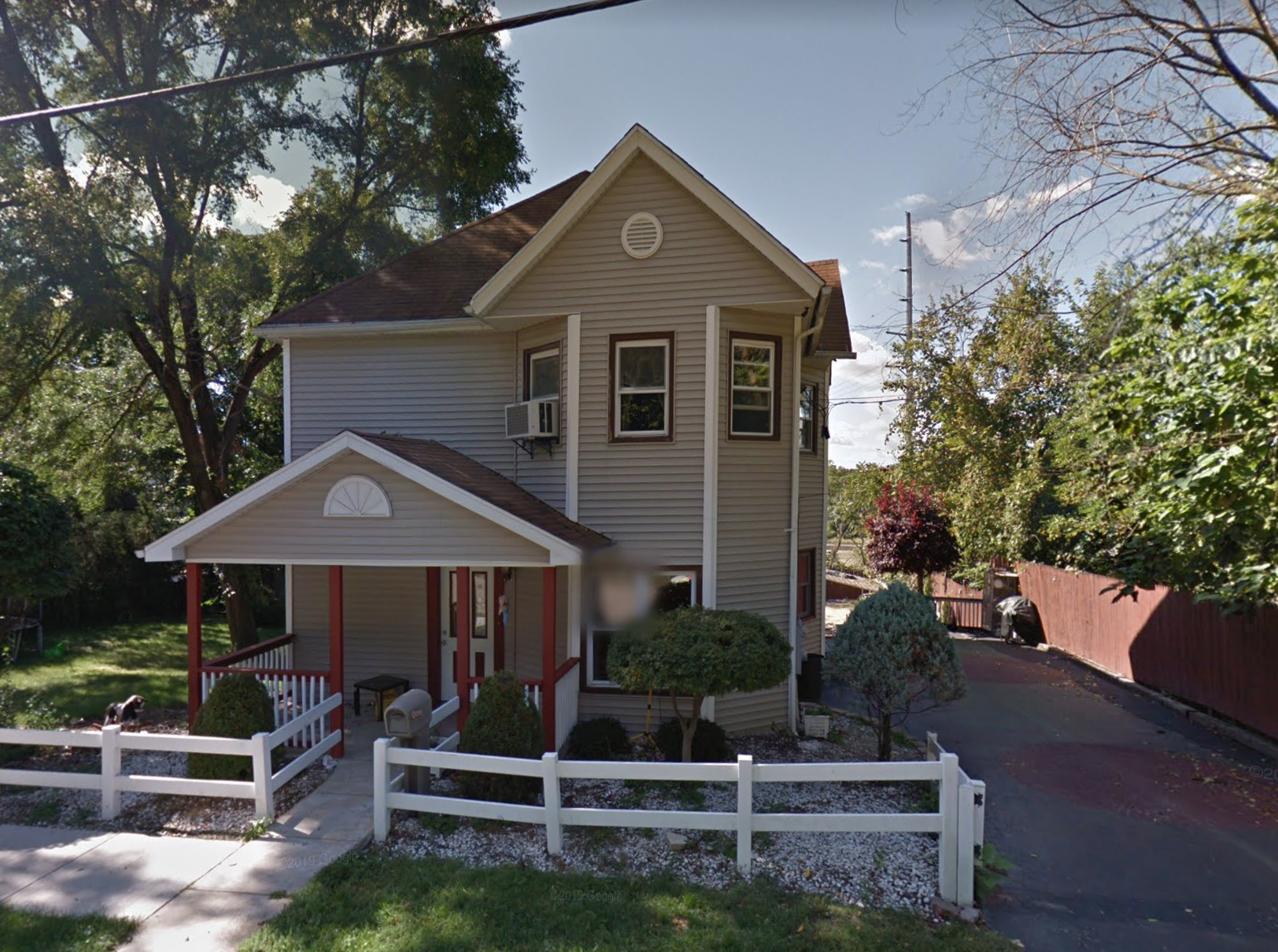 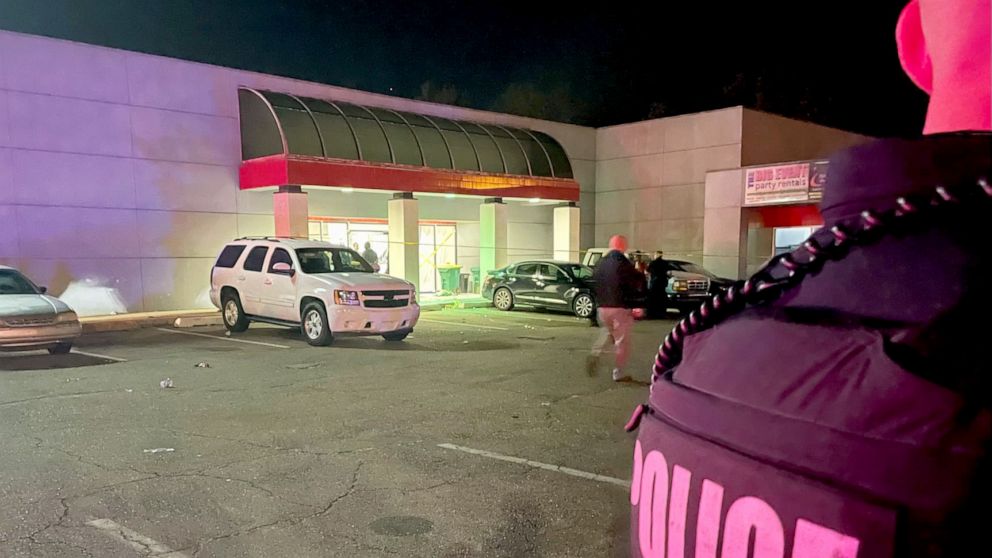 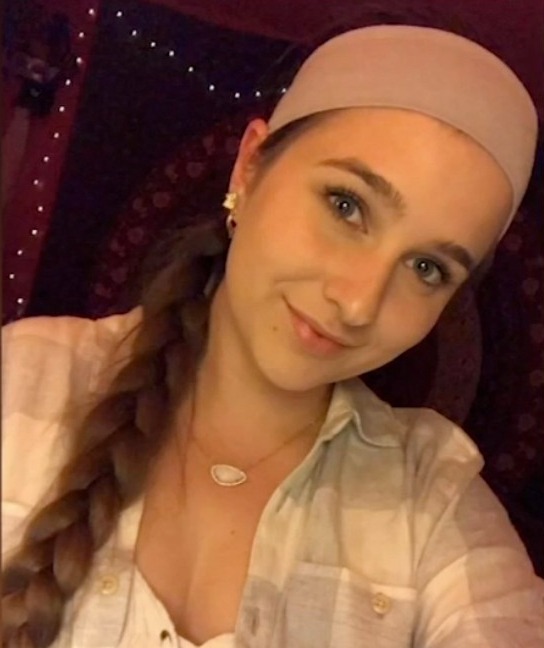 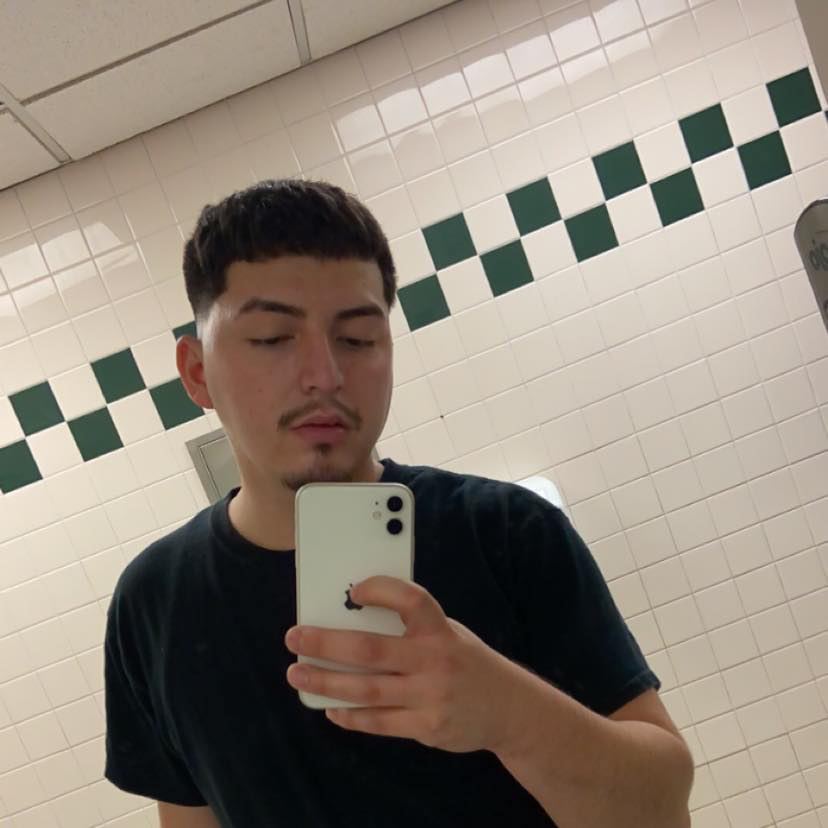 Police in Illinois were searching on Sunday for two suspects who are believed to have opened fire at a house party in Joliet, southwest of Chicago, killing two and injuring 12.

The two people who died were later identified as 22-year-olds Holly Matthews and Jonathan Ceballos.

A sheriff's patrol sergeant heard 10 to 12 gunshots fired in the area of Jackson Street and Walnut Street early Sunday morning, the Will County Sheriff's Office said in a news release.

The officer responded and saw more than 100 people fleeing eastbound on Jackson street.

Monster gave Angel a life sentence but he'll be out in two years, say family

Investigators have since determined the shooting unfolded near a DJ booth set up in the backyard of a home.

Witnesses told detectives two people fired on the crowd of nearly 200 from a porch overlooking the party.

Two people were pronounced dead at the scene while at least four of the dozen injured were transported to local hospitals to be treated for gunshot wounds.

The identities of the dead will not be released until their family has been notified, police said.

Witnesses told CBS2 how the party quickly descended into a nightmare.

“You could just tell something was going to happen,” said a party guest named Nathan. “I never thought my friend was going to die.

“I just heard people screaming, saying: ‘There’s bodies on the floor! People are getting hit!’” Nathan said. “I seen people come out with blood on their hands.”

No arrests have been made. The circumstances surrounding the shooting remain under investigation.

The gunmen opened fire less than an hour after a separate shooting in Texarkana, East Texas, that left one dead and nine others injured.

Officers responded to reports of shots fired at Octavia's Event Center in the 2300 block of Texas Boulevard just before midnight.

On arrival, police "encountered a large number of people running from the building and several inside suffering from gunshot wounds," the Texarkana Police Department wrote in a statement on Facebook.

A few hundred people were said to have been inside the venue when the shots rang out.

The deceased victim has not yet been named but is described as a 20-year-old male who died shortly after being admitted to an area hospital.

The other nine victims' injuries do not appear to be life-threatening, police said.

The motive of the shooting is currently unknown, but "the preliminary investigation indicates that it may (have) been the result of some type of disturbance among some the partygoers," Texarkana PD said.

The suspect is believed to have fled the scene in an unknown vehicle.

On Sunday morning, an arrest warrant was issued for 21-year-old Keuntae McElroy in relation to the shooting.

McElroy turned himself into police after detectives contacted several of his family members and friends regarding the warrant.

He was booked into the Bi-State Jail on one count of aggravated assault, with additional charges to be filed against him on Monday.

Elsewhere in the Lone Star State, a young woman was killed and three others hurt when a house party in Houston turned deadly at 12.50am on Sunday morning.

The deadly incident happened at a home in the 1900 block of Schlider Drive.

Police immediately began searching the home and found a deceased 18-year-old woman, who has not yet been named.

Officers later learned that three other victims had been taken to the hospital, including a 16-year-old boy.

The 16-year-old boy is said to be stable, with the conditions of the other two victims are currently unclear.

Police said it appears as though shots were fired in the back of the house and out front on the street.

Partygoers quickly ran from the home when the shooting began, cops say. 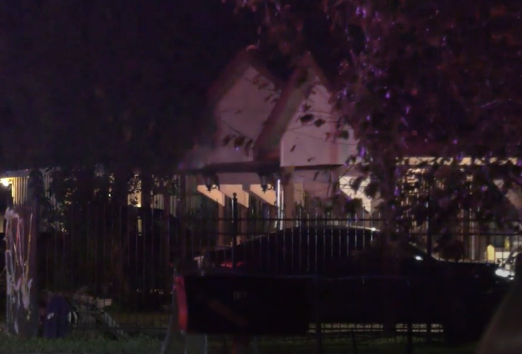 A gun was found in a nearby ditch, but according to HPD Asst. Chief Y. Bashir, it's unclear whether it was involved in the shooting.

Bashir told KHOU-11 that HPD has one possible suspect and continues to search for more witnesses.

Most of the party-goers were teens and young adults, according to investigators.

No charges have been filed at this time. The cause of the shooting is under investigation.

A deadly shooting also occurred in Gilroy, California in the early hours of Saturday morning at the home of a local city council member, Rebeca Armendariz, during a Halloween party.

Officers were called to the home in the 400 block of Las Animas Avenue just before 1am.

Police said an altercation happened before a suspect fired a gun.

In total, four people were shot, including a man who was pronounced dead at the scene.

The three other victims were transported to local hospitals with two of those victims suffering life-threatening injuries, Gilroy PD said.

Benjamin David Calderon, 19, was arrested on Sunday and charged on suspicion of homicide in relation to the shooting.

He was taken into custody after members of the Gilroy/Morgan Hill Regional SWAT team served a warrant at a home in the 7100 block of Church Street.

Speaking to local media, neighbors said they have been left stunned by the shooting.

Rosalio Pineda, who lives in the neighborhood, told NBC Bay Area that he attended the costume party Friday night but left early.

“I had gone over there with my youngest son and I didn't like what I saw,” he said. “It was pitch black and a lot of people wearing dark clothing.”

Neighbors reported hearing several gunshots and added the street was so packed with cars that first responders struggled to reach the victims.

“There wasn’t enough space for ambulances and firefighters, so the paramedics were just running with gurneys,” Pineda said.

Xitlali Gonzalez told KPIX about 80 people attended the party, most of them appeared to be teenagers and young people.

“It was really surprising because she’s always been a really good neighbor,” Gonzalez said. “She never throws parties. So it was kind of unexpected.”

Armendariz released a statement on Saturday, voicing shock over the "tragedy" and gratitude that she and her family escaped unharmed.

“By now you may have seen the post from Gilroy Police Department regarding the investigation of a shooting on Las Animas, or one of many social media post speculating about the event and individuals involved," she said.

"Because this remains an active investigation, I am unable to share more at this time but I would like to thank all of the members of the community who have reached out to express their concerns for their patience.

"I am thankful that my family and I, who live on Las Animas, were not hurt in this tragedy, and I pray for those whose loved ones have been touched by what has occurred.

"In the meantime, we are giving our full cooperation to the Gilroy Police Department in this investigation."

She continued: "Our primary concern is for the individuals impacted and their families. We hope the Gilroy community will come together with love and support for those touched by yesterday’s events at the appropriate time.”

One man was killed and two others hospitalized following a shooting at a party in Stockton, California, at 11.40pm on Friday night.

The shooting happened in the 2200 block of E. Vine Street, according to the San Joaquin County Sheriff’s Office.

Osman Ali Khan, 21, died from the injuries he sustained.

The other two victims remain in hospital. Their conditions and identities are currently unknown.

No further details have been released.

SJCSO said this is an active and ongoing investigation.

Anyone with information regarding this incident is asked to call dispatch at (209) 468-4400.

Family has named Terence Long, 32, as one of the two victims in this shooting early Saturday morning.

Officials said there were hundreds of people in attendance at the party where five others were also injured.

"I'm just speechless, to be honest with you. It's just nonsense to me," Long's mother Pamela Welch told KCRA 3.

"I want the world to know who Terrence Long is. He was a good man; he was a good son; he loved his family; he loved people — that's who he is."

In Albuquerque, New Mexico early Saturday morning, two people were fatally shot and four people wounded during a large house party on the city's west side, according to KRQE.

All four of the victims suffered gunshot wounds to their legs, although police said none of the injuries were life-threatening.

They said gunfire also struck several homes and vehicles in the neighborhood, but there were no reports of injuries at those homes.

Detectives have identified several people involved and they will work with the District Attorney’s Office to pursue charges against those who are responsible, Medina added.

The city of Philadelphia was also struck with violence as one man was left dead and another three were critically injured in shootings.

One person was killed outside of a nightclub in Greenville, South Carolina, where another was left injured.

The victim was identified as 27-year-old Torri Adaryl Pone.

Over in West Palm Beach, Florida, police found a woman who had died from possible gunshot wounds following a fatal bar shooting.

In Cleveland, Baltimore Ravens linebacker Malik Harrison was struck by a bullet at a gathering and was rushed to the hospital. He was rushed to hospital and is recovering.

The US is currently in the throes of an "unprecedented" surge in murders, experts say.

According to FBI data released last month, the category of violent crime rose by 30 percent last year, with more than 21,500 murders recorded.

The total was up from 16,669 in 2019, according to the FBI, one of the sharpest increases in murders in several years.

Other violent crimes such as rape and aggravated assault also increased during the same time period.

Experts have said it is difficult to pinpoint the reason for the rise in murders, but suggest the pandemic and gun ownership have likely played a role.

"I don't think we know for sure," Rosenfeld said. "We don't have definitive answers." 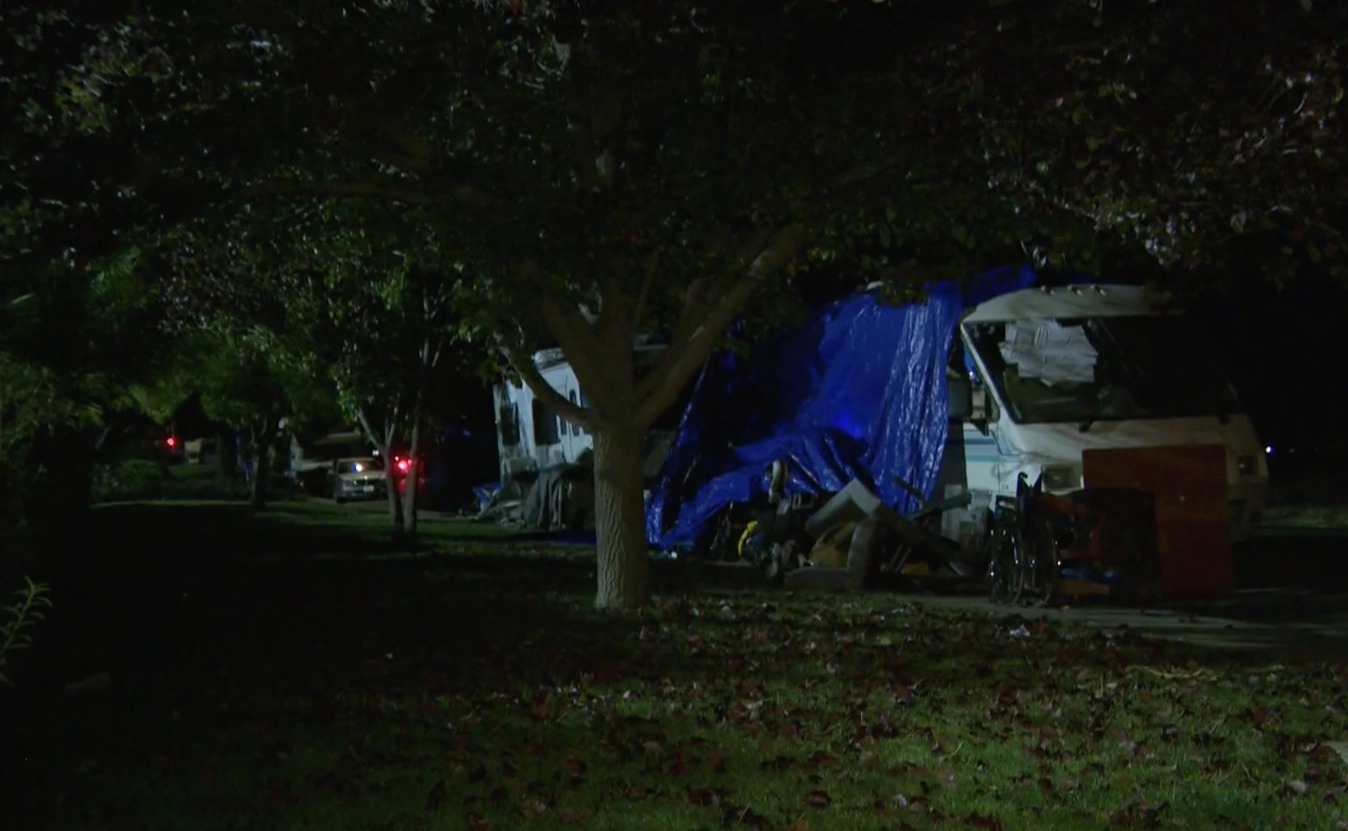 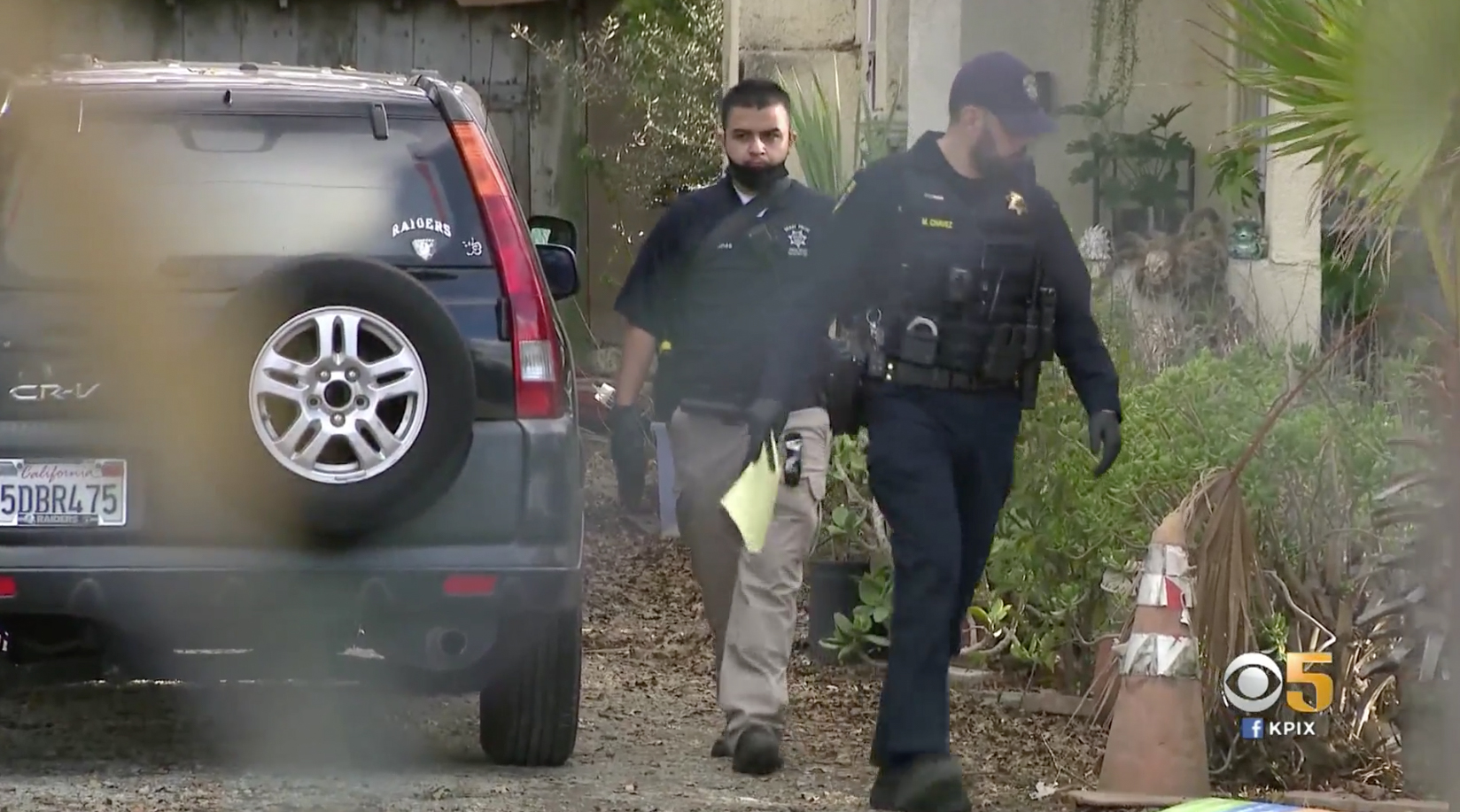 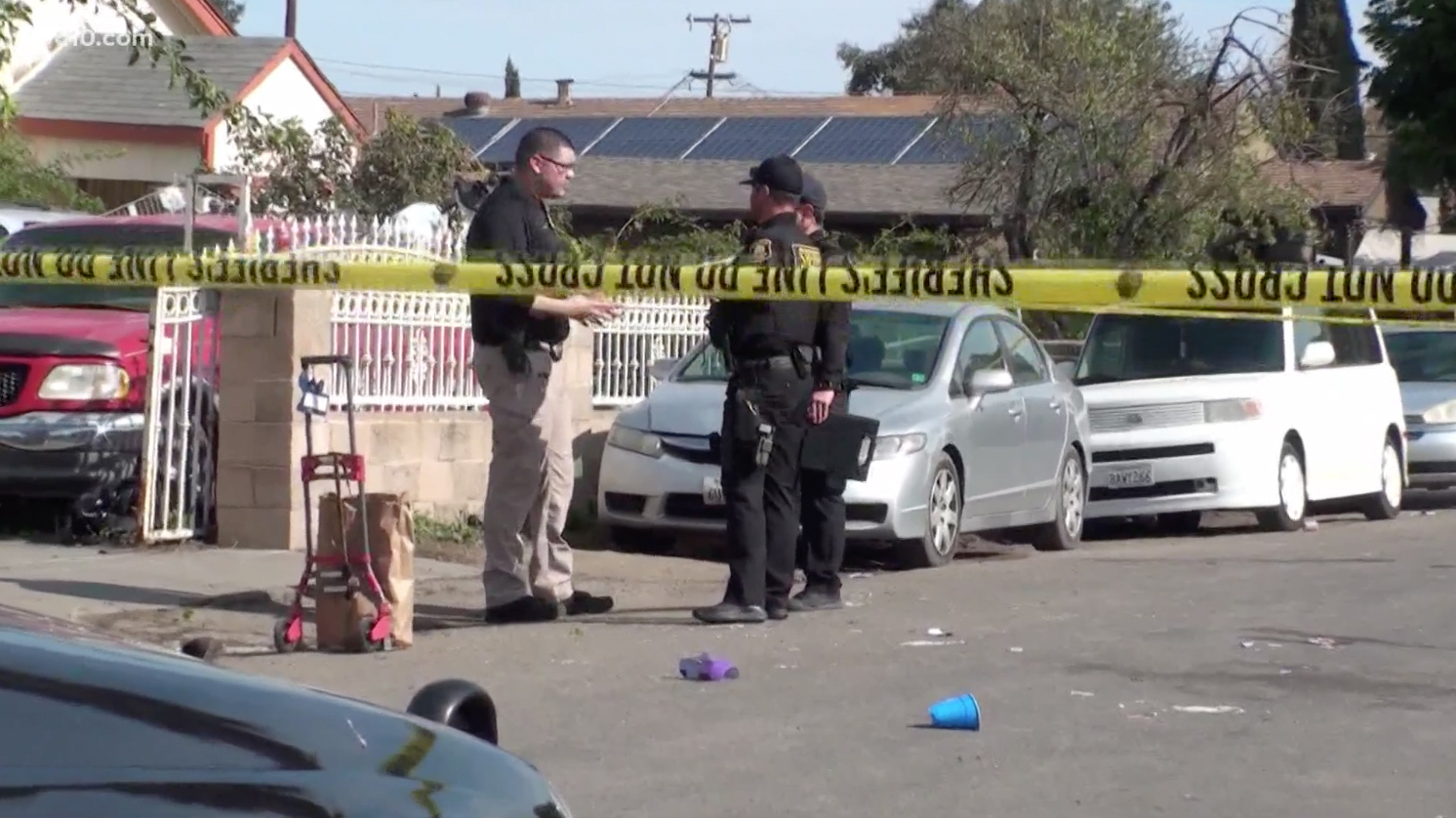