If you landed in Australia from Mars and tried to understand which way our political winds were blowing you would end up confused. Riddle me this, as the old comics at the Tivoli used to say.

Prime Minister Scott Morrison has a majority of one on the floor of the House, no majority in the Senate and a fresh scandal tainting his government almost every day. He is argumentatively dismissive of attempts by the media to hold his government to the standards they claim to govern by. He is personally hostile to and even occasionally contemptuous of any individual journalists who attempt to pierce the protective skin. Sound familiar? 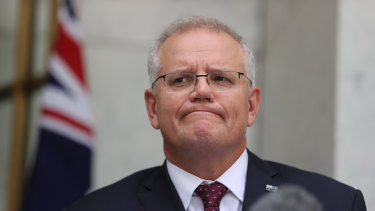 His capacity to present himself as invulnerable while also running a leaking ship and regularly putting his foot in his mouth reminds me of Jeff Kennett. Kennett’s spin through the 1990s presented a façade of impregnable power, but as he learned it was fragile and the balloon inevitably popped. There are signs that history is repeating.

Greg Hunt should be embarrassed and apologise for his clumsy attempt to decorate government COVID ads with partisan Liberal branding but instead tried to label his inquisitor – the ABC’s Michael Rowland, the most even-handed of interviewers – as some sort of leftist stooge for daring to ask legitimate and compelling questions.

Approving community grants to gain electoral advantage? Peter Dutton has been busted, and even though pork barrelling is as old as politics whoever is in power that is no excuse. While talking about Mr Dutton, how can he maintain the cruel ongoing detention of the Biloela family on Christmas Island at vast cost to the taxpayer? There is no sound policy reason nor any other reasonable explanation. 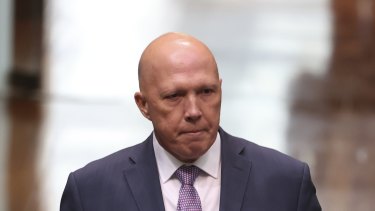 Bridget McKenzie, indignant at having to try to explain the inexplicable at a Senate inquiry, doubles down on her denial that the scandalous “sport rorts” were a rort. She challenges Greens senator Janet Rice to repeat the mild and accurate description away from the protection of parliamentary privilege.

Fail to publicly address a complaint of alleged rape in a ministerial office by a senior adviser of a junior staffer, during an election campaign, so as to avoid scandal, outcry and political fallout? Deny it was covered up even though the PM’s chief of staff was informed? Claim to care but only because your wife told you to? Doesn’t pass the pub test.

And those all just in the last week …

What emerges is a government wallowing in its own sense of entitlement and impunity. And just like Kennett in Victoria in 1999 the PM relies on his uncritical media partners, most of whom ignore the danger signs while forelock tugging to attract the incumbent’s favour.

The media narrative that prevails is Scott Morrison is well on the way to cruising to an easy election victory later this year or next. The same story was perceived as political reality right up to the end when Jeff Kennett was premier.

No one dares describe Morrison as leading a barely patched together assortment of entitled dinosaurs who have run out of ideas, have no reform or policy agenda to speak of, lurch from crisis to crisis and whose views on so many aspects of contemporary Australian life are well behind public opinion. 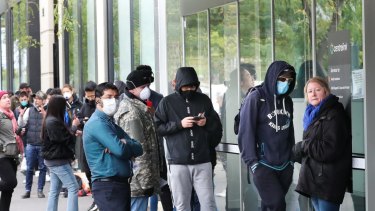 Accountants say cutting the JobSeeker rate back to Newstart levels would hurt the recovery.Credit:Jason South

Billions of dollars have been overspent on a widely misused job support scheme that has seen billionaires trousering millions of taxpayer dollars as personal bonuses. How can any government stand by and watch vital assistance plundered by some of the nation’s wealthiest when ordinary Australian families are struggling? Whose side are you on, PM?

Our climate change stance is now dangerously out of alignment with the rest of the world. Add in an irrational obsession to attack compulsory superannuation, together with an almost primitive approach to industrial relations and you find a government at sea.

Contrast and compare with the way the Victorian Premier is portrayed. Daniel Andrews – who has a commanding majority and ascendancy in the Parliament and no hint of a challenger – is often characterised as standing on shaky ground. His press conferences over the latest COVID crisis are portrayed in some media as desperate attempts to cover his tracks and suppress information, even though he exhaustively answers even the most idiotic questions with the patience and calmness of a monk.

Labor state premiers, but particularly Andrews, are relentlessly pilloried in a rabid newspaper campaign across the Murdoch media. The combined weight of the tabloids plus the national broadsheet, reinforced by commercial radio shock jocks, tries to create an impression of chaos and instability. Yet opinion poll after opinion poll shows the voters see things differently and it is those media pundits who have got it wrong.

When we next vote, will Scott be Jeffed?

Jon Faine is a regular columnist and a former ABC radio host.