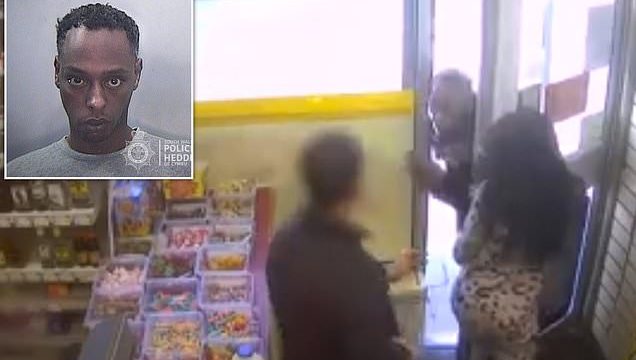 Terrifying moment boyfriend chased his partner into shop shouting ‘You’re going to die!’ before stabbing her in head with a screwdriver in murder bid that has seen him jailed for 19 years 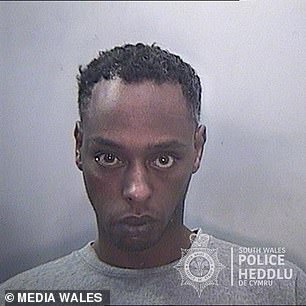 Jealous boyfriend Ahmed Ali tried to kill his girlfriend Olivia Spinks in a horror attack with a screwdriver, in Grangetown, Cardiff

A boyfriend who tried to kill his girlfriend in a screwdriver horror attack after chasing her into a corner shop has been jailed for 19 years.

Jealous Ahmed Ali, 34, told his terrified girlfriend, Olivia Spinks, ‘you’re going to die to die’ as he chased her down the street in the attack in Cardiff, in February.

Ms Spinks is seen on CCTV ‘running for her life’ and trying to seek shelter in a nearby shop – but Ali chases her inside before stabbing her in the head and neck with a screwdriver.

CCTV footage inside the shop shows Olivia desperately trying to shut the door as Ali forces his way through.

Ms Spinks was able to walk outside the shop after being repeatedly stabbed – but then collapsed and said: ‘I know I’m dying. Tell my mum I love her.’

Prosecutor Michael Jones QC said the attack, which was carried out in Grangetown, Cardiff, on February 24 last year, was: ‘a deliberate, relentless and brutal attack.’ 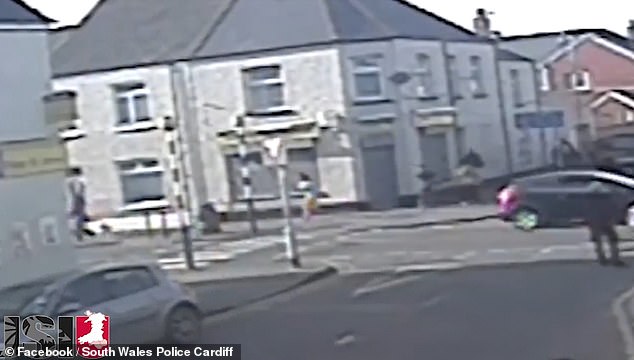 Ahmed Ali tried to kill his girlfriend in a screwdriver horror attack after chasing her into a corner shop in Grangetown, Cardiff, in February. Above: CCTV shows Ms Spinks at first running for her life down the street

The pair had been in a relationship for four years and had been living together.

In the run-up to the attack Ali was overheard saying: ‘I think Olivia is cheating on me,’ the court heard.

Ali hit the top of her head with the brick and shouted: ‘If you think you’re going to come out of here alive, you’re not. 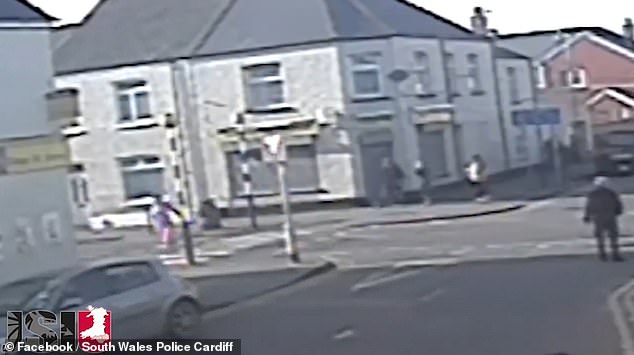 ‘You’re going to die today, I promise you.’

Ms Spinks called 999 as she ran down the road and into the nearby Premier Store and trying to keep the door shut.

After barging his way in, Ali then used a screwdriver to stab her repeatedly and shouted: ‘I’m going to kill you, you f***ing b****.

Ms Spinks was taken to the University Hospital of Wales and treated for ‘life-threatening’ stab wounds to her head and neck.

The court heard Ali had tried to buy two kitchen knives with 12in blades from Asda earlier that day. 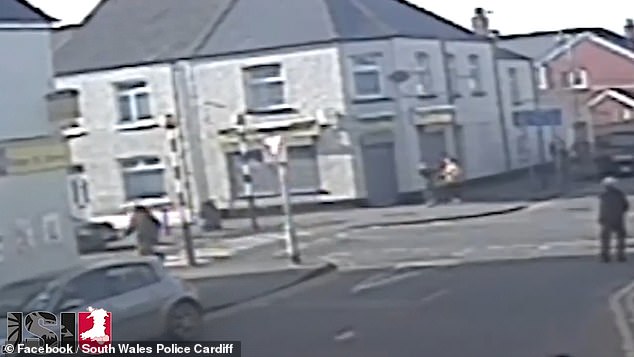 Ali (left in black), who is also running, is seen following Ms Spinks out of shot towards the shop

But he was refused when he could not produce ID.

The court heard he had a ‘traumatic’ upbringing in Somalia and claims that he had signs of post-traumatic stress disorder.

Judge Eleri Rees said: ‘You came into the bedroom in a jealous rage accusing her of being unfaithful. What followed was an appalling catalogue of violence.’ 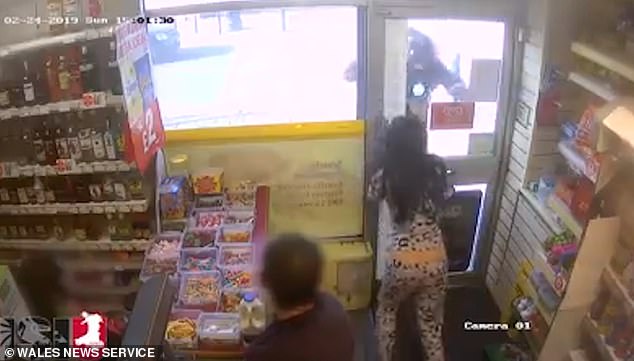 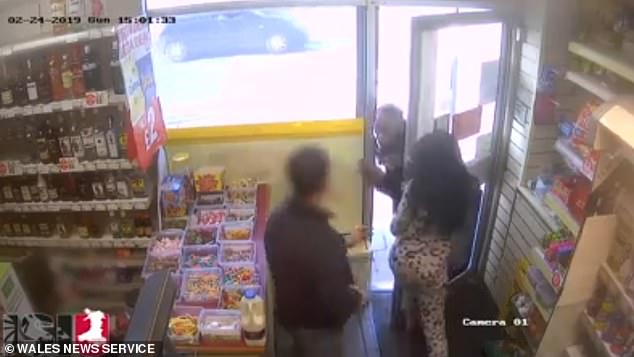 Ali is too strong and after forcing his way in, he stabs Ms Spinks repeatedly in the head and neck

‘We hope today’s sentencing reassures the victim and gives her some closure to what was a terrifying incident.’ 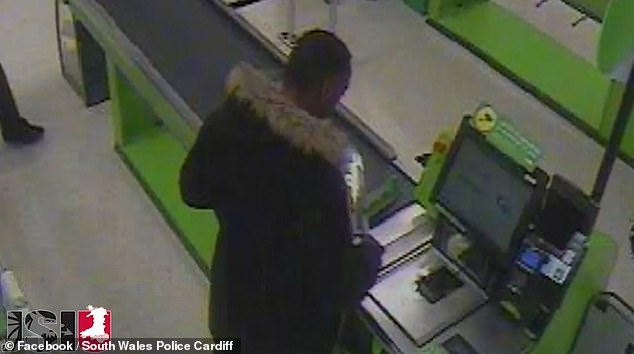 Before the attack, Ali had tried to buy two kitchen knives with 12in blades from Asda but was refuse because he did not have ID