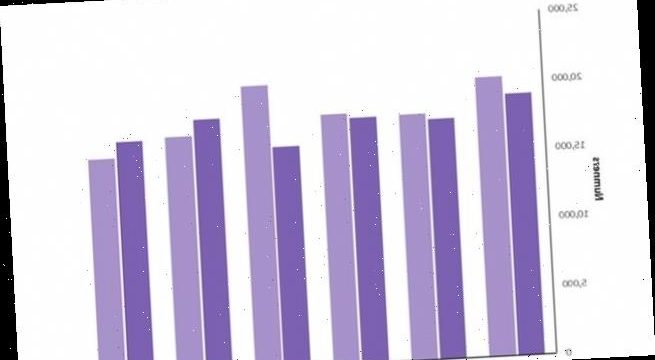 The number of abortions in England and Wales spiked by almost 30 per cent at the peak of the first wave, official figures revealed today.

Charities said more pregnant women were seeking terminations because of anxiety over providing for existing children and the financial strain of the pandemic.

The surge in numbers saw 20,546 terminations carried out in England and Wales in April last year, compared to 16,006 in the same month a year earlier.

It came as ministers for the first time gave permission for women to have abortions at home without medical supervision, something deemed necessary because it was difficult to get doctors’ appointments during the first wave of the coronavirus outbreak.

A spokesman for the British Pregnancy Advisory Service (BPAS) said they had seen a ‘significant increase’ in requests for help from women who were already mothers during the pandemic.

Between April and June last year, two thirds of women getting abortions already had children, compared to only slightly over half in the same period in 2019. 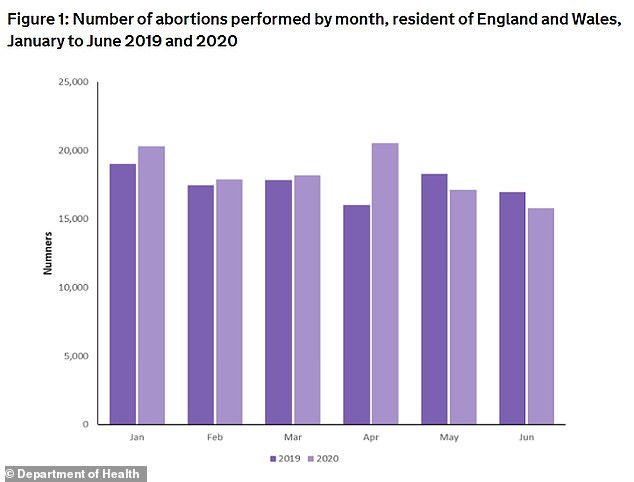 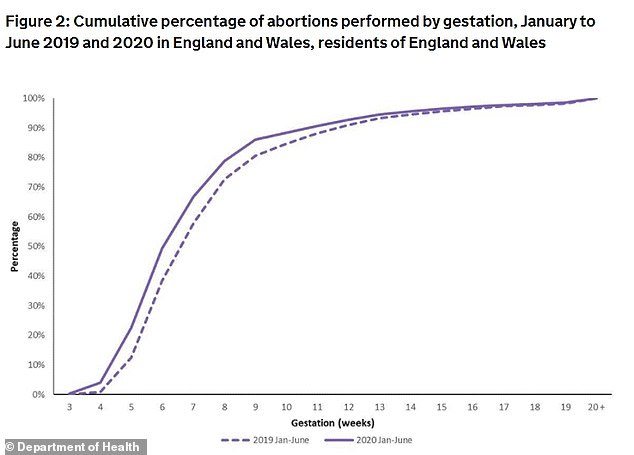 Overall abortions rose by four per cent in the first six months of 2020 compared to the same time the year before, official figures revealed today

STILLBIRTHS DOUBLED DURING FIRST WAVE OF THE PANDEMIC

The number of stillbirths in England almost doubled during lockdown, a medical watchdog has revealed.

There were 40 cases between April and June this year compared to 24 in the same period in 2019, according to the Healthcare Safety Investigation Branch (HSIB).

The HSIB – which has launched a review into the rise – fears women were put off seeking treatment because of Covid-19 and the ‘stay home’ and ‘protect the NHS’ messaging.

Leading obstetricians said redeploying maternity staff to ICU wards during the first wave may have also played a role.

The first lockdown, while successful in protecting the NHS from being overwhelmed with Covid-19, had a catastrophic effect on healthcare across the board.

‘Many families are struggling financially due to the economic impact of Covid-19, and mothers have been particularly hard hit,’ a spokeswoman for BPAS said.

‘Research shows that mothers are at an increased risk of being furloughed or made redundant, and many of those seeking abortion care at BPAS are incredibly anxious about their ability to provide for their existing children.

‘During the pandemic, mothers have also shouldered much of the burden of childcare, homeschooling, and housework.

‘In this context, it is understandable that many will feel unable to continue a pregnancy at what is already a very challenging time for families.’

It is not clear whether the rise in abortions was a result of fears about the pandemic or due to a rule-change allowing women to have abortions at home, which may have made the process easier.

The Department of Health said allowing women to have abortions at home was a ‘temporary measure’ that would be used for the next two years or until the pandemic is over.

It has opened the prospect of it becoming permanent and said it would hold a public consultation.

Home abortions are available to women for the first 10 weeks of pregnancy, with the medicines prescribed by a medic following a telephone or video call.

In the months surrounding April the number of abortions was not significantly higher than in the previous year.

A monthly breakdown shows they were above 2019 levels between January and March, by seven per cent and two per cent respectively, before the pandemic hit.

But in May and June they dipped below the levels recorded the year before.

As many as 82 per cent were also medical abortions, meaning women took pills to end the pregnancy.