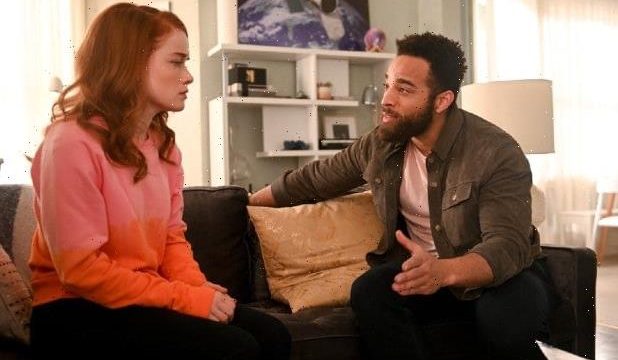 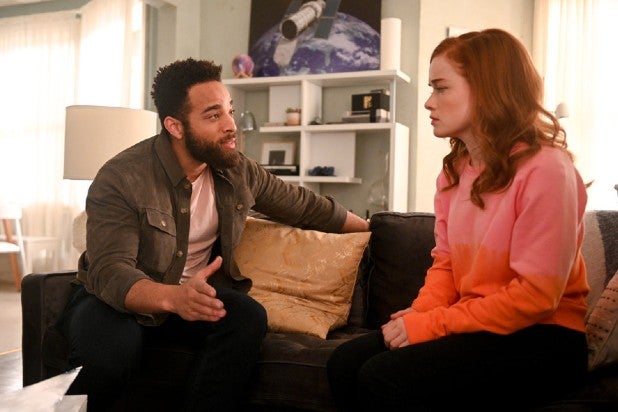 Zoey’s powers are getting a bit more complicated on “Zoey’s Extraordinary Playlist,” and as a result, a bit harder to manage. And this week, Simon (John Clarence Stewart) came dangerously close to learning her secret.

“This is going to sound crazy, but do you ever get the sense that Zoey has this supernatural ability to know exactly what you’re thinking?” he asks Mo (Alex Newell) and Max (Skylar Astin). They’re good friends, so they don’t give Zoey (Jane Levy) up but, yes, Simon, you’re on the right track. You’re a smart dude; you should work at a tech company.

The question is, will Simon get any real confirmation on his hunch?

“I think that it’s not a given that Simon is going to know,” Stewart admits to TheWrap. “Zoey still has to make that choice, and I’m still unsure as to what Zoey is going to do.”

As we’ve seen, Zoey deciding to tell Max about her ability created a fair number of problems in their relationship. In advising her on if she should tell Simon, Max admits that things always felt imbalanced between them once he knew that Zoey could hear his innermost feelings, whether he wanted her to or not.

It’s gotten to the point that Zoey started therapy this week, telling her therapist (Oscar Nunez) that she thinks her powers are ruining her life.

That said, Stewart does have faith in Simon and hopes he gets the chance to have that kind of honesty with Zoey. “He has a lot of grace for the things that people choose to tell and things that people don’t choose to tell others,” Stewart said. “But he’s also in a space where he’s doing his darnedest to be open, to be honest and put everything on the table in a way that he didn’t do with Jessica. And I hope that moving forward, we get to see that matched.”

And though Stewart agrees that Simon is a smart cookie, who is entirely capable of figuring out Zoey’s secret on his own, really, it all comes down to Zoey’s choice. That’s how “Zoey’s Extraordinary Playlist” has always been.