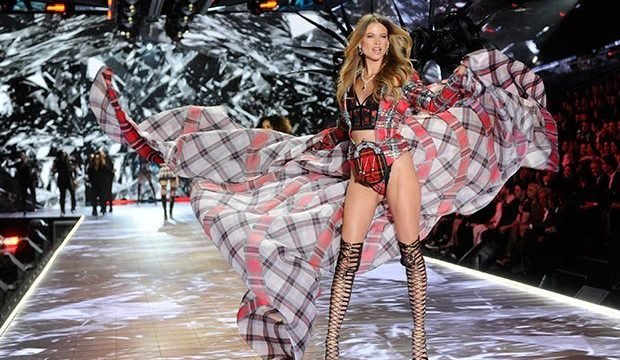 There will be no Victoria’s Secret angels gracing TV this year: The brand’s annual fashion show will not return to network TV, where it has aired since 2001 on either ABC or CBS.

In a memo obtained by CNBC, L Brands CEO Les Wexner — owner of Victoria’s Secret — wrote to employees, “Fashion is a business of change. We must evolve and change to grow. With that in mind, we have decided to re-think the traditional Victoria’s Secret Fashion Show. Going forward, we don’t believe network television is the right fit. In 2019 and beyond, we’re focusing on developing exciting and dynamic content and a new kind of event — delivered to our customers on platforms that she’s glued to … and in ways that will push the boundaries of fashion in the global digital age.”

* AT&T Audience Network’s polygamy-themed rom-com You Me Her will end with its upcoming fifth season, per Deadline. The series stars Greg Poehler, Rachel Blanchard and Priscilla Faia as three characters in a committed three-way relationship. (Season 4 is currently airing.)

* truTV has renewed At Home With Amy Sedaris for Season 3.