Cannes 2021: The episodic film may be the ultimate Anderson movie, whipping everything he does into five jewel-box episodes without the need to make anything serve a larger story 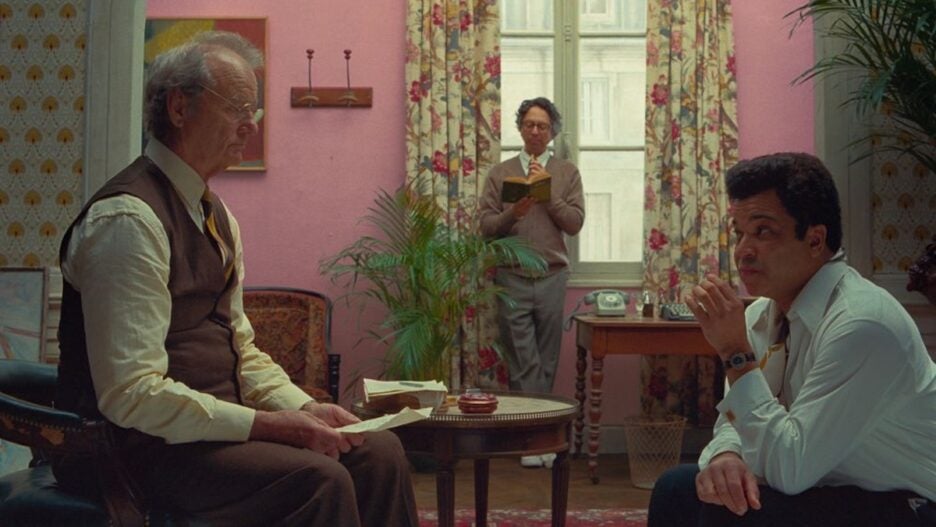 Is it a surprise that the press notes for Wes Anderson’s “The French Dispatch” come in an immaculate pamphlet designed to look like a New Yorker-style magazine put together by a motley group of expatriates living in Paris?

Is it a shock that Anderson’s new movie, which stars Bill Murray and Owen Wilson and Saoirse Ronan and Adrien Brody and Edward Norton and Jason Schwartzman and darn near everyone else who’s ever been in a Wes Anderson movie, is very, very, very Wes Andersonny?

You wouldn’t expect anything less from “The French Dispatch,” which opened in the Main Competition section of the Cannes Film Festival on Monday. It had originally been selected for the 2020 Cannes lineup – but when that year’s festival was canceled, Searchlight decided not to open it in the fall, as had originally been planned, but to wait a full year so that it could premiere where it would have premiered 14 months ago if not for a global pandemic. 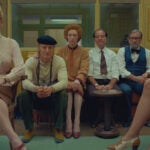 In the world of Wes Anderson, after all, things stay the same. “The French Dispatch” is proof of that: In some ways, this episodic anthology is the ultimate Anderson movie because it’s everything he does, whipped up into five jewel-box episodes without the need to make anything conform to a larger story. It’s an Anderson Sampler Pack, each candied treat more elaborately wrapped and intricately decorated than the last.

It’s fun and it’s impossibly stylish and it’s absolutely exhausting, and it might make you start musing about the law of diminishing returns. But boy, it sure looks pretty.

The film, Anderson has said, was born out of the desire to pay tribute to the New Yorker, but the French Dispatch – a magazine, we are told, started by expatriate journalist Arthur Howitzer Jr. (Murray) – is far cuter and more precious than its Manhattan inspiration. It also purports to be an offshoot of the Liberty, Kansas Evening Sun, albeit one based in the picturesque and staggeringly quirky French town of Ennui-sur-Blasé.

The film’s episodes are labeled by magazine sections: There’s a “Local Color” story featuring Wilson as a bicycling reporter; an “Arts & Artists” sequence in which Benicio del Toro plays a convicted murderer who also happens to be a genius painter; a “Politics & Poetry” tale of an improbable romance between a young firebrand (Timothee Chalamet) and a seasoned reporter (Frances McDormand) set against a backdrop of student protests; a “Tastes & Smells” section in which Jeffrey Wright tells of a kidnapping gone awry, with appearances by Ronan and Mathieu Amalric and an animated chase sequence; and a lovely “end note” under the “Declines and Death” header.

Things shift from color to black-and-white, every object within the frame is designed to within an inch of its life, and occasionally an actor will break through the decorations to make a strong impression: Wright’s implacable authority is mesmerizing, Lea Seydoux as a prison guard/artist’s muse is a delightful enigma and Lois Smith almost steals the show as wealthy art dealer, Upshur “Maw” Clampette. Mind you, the anthology format means that none of them are on screen for long; the film was shot in the southwestern French town of Angoulême, and you can just imagine the parade of actors enjoying their sojourns in that picturesque burg after working for a day or two on the movie.

In movies like “The Grand Budapest Hotel,” Anderson has relished going off on tangents from the main story in the past; he even created an entirely separate prologue, “Hotel Chevalier,” to sit in front of “The Darjeeling Limited.” But “The French Dispatch” is all tangent, no main story – Murray’s character and his magazine serve as a way to pay tribute to the New Yorker, but they’re really just a framing device for some unrelated wacky stories that nod to many of Anderson’s favorite stories, designs and pieces of European (mostly French) cinema.

The result is hugely impressive and awfully scattershot, a wry piece of art that is always entertaining but also so excruciatingly detailed that you wonder if it will connect the way the more emotional, more fully drawn stories of “Grand Budapest,” “Moonrise Kingdom” or “The Royal Tenenbaums” did.

It’s best, maybe, to think of “The French Dispatch” as a series of exquisite miniatures – amusing, meticulously designed and impeccably executed, but maybe not adding up to much more than the sum of their parts. I mean, would you really want to eat an entire box of impossibly beautiful French macarons in a single sitting?

On second thought, if you don’t answer that, I won’t either. But I suspect Wes Anderson knows the answer.