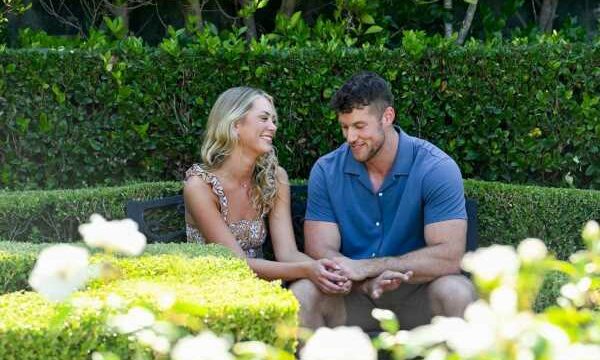 It’s certainly not happily ever after for Cassidy Timbrooks and Clayton Echard. The Bachelor contestant took to social media this week to express her feelings about the man of the season, and none of it was good. Here’s everything you need to know about Cassidy’s social media rant and how it all went down in this week’s episode.

[WARNING: This article contains spoilers for Clayton Echard’s season of The Bachelor.]

Why is ‘The Bachelor’ 2022 contestant Cassidy Timbrooks mad at Clayton Echard?

Cassidy came out of the starting gate running in week two of The Bachelor and did not make very many friends in the process. Clayton took the ladies on the first group date of the season. The date involved the women and Clayton helping organize a fancy Beverly Hills birthday party. The catch? It was for a little girl. Thankfully, Hillary Duff was there to supervise.

The majority of the women split up to take on different tasks at the party. However, Cassidy had plans of her own. While the rest of the ladies were busy decorating, baking cakes, and building forts, Cassidy declared she had her “eyes on the prize.”

She spent most of the time at the party chasing Clayton around, trying to steal alone time with him. At one point, the two made out by the pool while dozens of children ran around enjoying the birthday party. She took time to present the cake to the little girl but promptly dropped it on the ground.

Cassidy immediately told the women that she would get the Group Date Rose, and in true Bachelor fashion, she did. If there’s anything Bachelor Nation fans know, it’s that the producers know how to create a villain. However, her victory was short-lived. Clayton discovered she was texting another man. The teaser for next week showed Clayton asking host Jesse Palmer if anyone had ever revoked a rose.

Spoilers already revealed Cassidy loses her rose once Clayton discovers the news of her texting another man. Now, she’s sharing her feelings on social media.

Cassidy made it clear that she wasn’t happy with the way things went down on the show in different Instagram stories. In one, she even called out fellow contestant Salley Carson.

Showing a clip of Clayton and Salley speaking in the background with the use of the green screen effect, Cassidy said, “You were gonna give her a rose even though she was engaged last week. Meanwhile, I f***** someone a few months ago and I got sent home. Ok, no it’s cool. I get it. I get what we’re made of here and I get the stuff that’s happening, and go f*** yourself, Clayton Echard.”

Because Instagram stories are only available for a limited time, they’re no longer available on her Instagram page. However, thanks to a tweet from Reality Steve, fans can see The Bachelor contestant go on her rant through a screen recording.

With Cassidy Timbrooks out, Shanae Ankney looks to fill the role of the villain on Clayton Echard’s season of ‘The Bachelor’

Cassidy appeared to be gunning for the villain role this season on The Bachelor, but her time in the spotlight iss short-lived. From other promos and spoilers from Reality Steve, it looks as though Shanae quickly picks up the slack for the rest of the season.

Tune in to new episodes of The Bachelor, Monday nights on ABC.