Alex and Kelly have grown stronger as a couple in Supergirl Season 6. So could fans see their connection grow even more in the next episode? All the signs point to yes. Of course, the signs are very subtle, and we could be reading too much into them. But we would say that the odds of Alex and Kelly adopting Esme from the foster home in Supergirl Season 6 Episode 14 are pretty high. And thanks to a new clip of the episode, we have more reason to believe that a child is in the couple’s future. 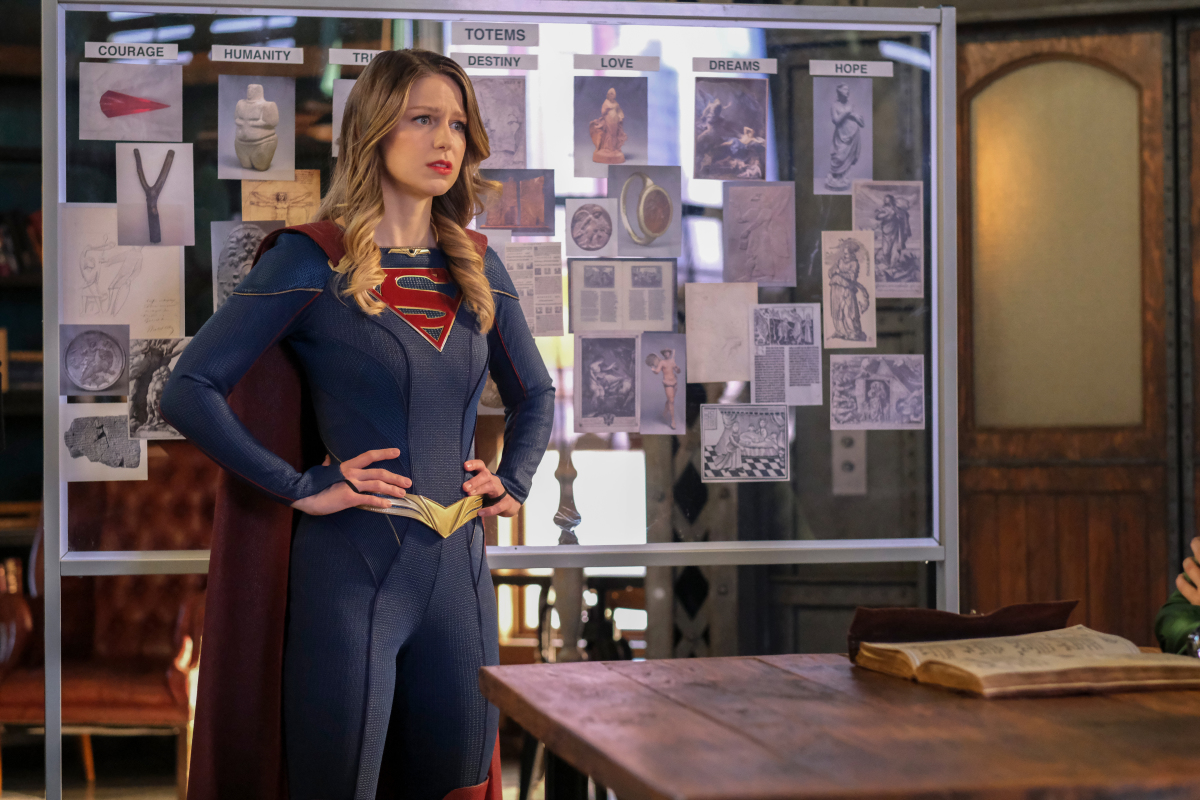 The couple discusses Esme, the adorable little girl from the foster home in episode 9, while beating up bad guys. It sounds like Kelly did a home check for a family who wants to adopt her, and it went well. Esme even made Kelly a bracelet to thank her for her help. Kelly believes that Esme will finally get her happy ending.

But thanks to the synopsis for the Supergirl Season 6 Episode 14, we know that Esme’s future with her new family might go down the drain.

The synopsis for ‘Supergirl’ Season 6 Episode 14

The synopsis for Supergirl Season 6 Episode 14, “Magical Thinking,” reads, “LENA MUST ACCEPT HER NEWFOUND POWERS IN ORDER TO HELP THE SUPER FRIENDS – Lena (Katie McGrath) is uncertain about using her magical abilities to help Supergirl (Melissa Benoist) retrieve the second totem from Nyxly (Peta Sergeant). William (Staz Nair) struggles to write a story on the Super Friends that makes both the heroes and Andrea (Julie Gonzalo) happy. Meanwhile, Kelly (Azie Tesfai) is thrilled Esme (guest star Mila Jones) has found a new home, but things go awry, and the little girl’s future is put in danger.”

Kelly’s main story for the next episode will revolve around her social work and trying to find Esme a forever home. But it sounds like that mission will be more complicated than she thought. If you recall, Esme is an alien, so her new family could have some trouble handling that. Whatever the case may be, there’s no doubt that Alex and Kelly would be great parents to Esme.

Will Alex and Kelly end up adopting Esme in ‘Supergirl’ Season 6?

Many fans speculated online after the premiere of Supergirl Season 6 Episode 9 that Alex and Kelly would adopt Esme. Kelly, in her social worker role, was excellent with her. She could understand her way better than her horrible foster parent could.

Plus, Alex and Maggie broke up in season 3 because Alex wanted to have kids, and Maggie didn’t. Then, Alex considered having a child by herself. She was even about to adopt a baby, but the birth mother changed her mind at the last minute and decided to keep her baby. That was when Alex met Kelly, and the rest is history.

Could Esme be Alex and Kelly’s chance at having a child? Their relationship is undoubtedly the strongest one in the show, so it would make sense if they were the ones to have a child first. And the closer Supergirl gets to its series finale, the more urgent it seems to give the characters a happy ending. Alex finally achieving her dream of adopting a child with the woman she loves is probably the best ending we could wish for her.