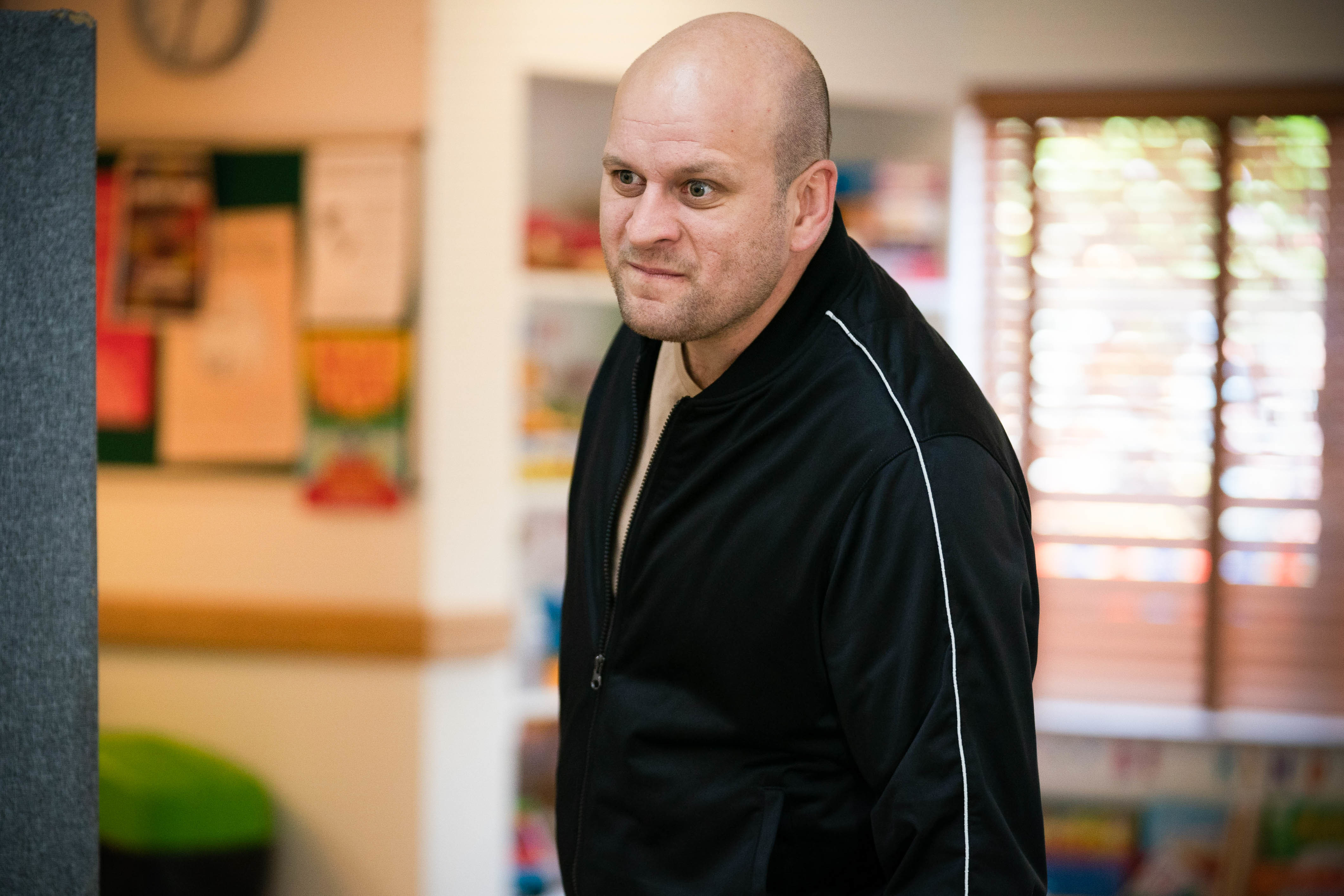 Stuart Highway (Ricky Champ)’s long-running health struggles reach a climax in upcoming EastEnders episodes, as he throws away the prescription the doctor has given him for anti-depressants.

Already having treatment for breast cancer, Stuart was distraught when surrogate Bernie (Clair Norris) gave birth to his and Rainie (Tanya Franks)’s longed-for baby, Roland – and then he found he was completely unable to bond with the baby and had no feelings for him at all.

This heartbreaking situation eventually led to him losing both Roland and Rainie, but after they’d gone his health didn’t improve and he was still unable to accept a diagnosis of post natal depression.

He becomes convinced there must be some other explanation for the way he’s feeling and goes to the GP’s surgery to demand an appointment. When he’s told he can’t be seen straight away he takes drastic action.

As Stuart causes a scene, Bernie does what she can to help him and apologises for not realising how badly he was struggling after Roland was born and for helping Rainie to leave Walford.

In the aftermath of these struggles, Stuart leans on the people around him for support as he finally confronts his diagnosis of post natal depression.

He realises that he has to make massive changes to his life – and makes a decision that will shape his entire future.