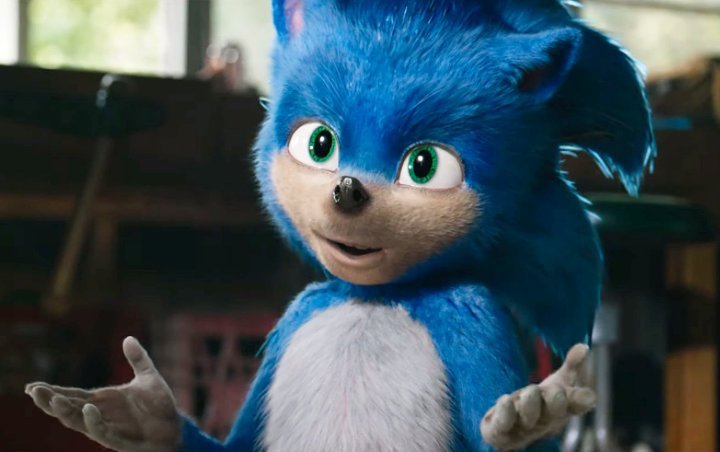 Jeff Fowler confirms the upcoming live-action animated movie is getting redesign after the ‘creepy’ appearance of the titular hedgehog in the first trailer prompted numerous criticisms online.

AceShowbiz -“Sonic the Hedgehog” director Jeff Fowler finally responded to fans’ outcry over the “creepy” design of the blue hedgehog in the upcoming film. Following the release of the first trailer, people took to Twitter to slam the realistic human teeth of the titular character.

On Thursday, May 2, Fowler took to his own Twitter account to address the backlash. “Thank you for the support. And the criticism,” he wrote. Not ignoring the criticisms, he promised that they would fix the design.

“The message is loud and clear… you aren’t happy with the design & you want changes. It’s going to happen. Everyone at Paramount & Sega are fully committed to making this character the BEST he can be…,” so he promised, adding the hashtags #sonicmovie and #gottafixfast.

‘Sonic the Hedgehog’ director Jeff Fowler says the movie is getting redesign after major backlash.

The backlash majorly centered on Sonic’s human teeth, with one writing, “i think this is just me but i think. that sonic would have looked LESS scary with improbably angry real hedgehog teeth.” Another commented, “why is no one talking about the most cursed aspect of realistic sonic, which is his HUMAN TEETH.”

Prior to that, fans slammed Sonic’s muscular legs which were teased in the poster. While the design in the trailer didn’t make it look muscular, some were still displeased with Sonic’s shapely and somewhat disproportionate legs.

The movie is due to be released on November 8, giving the studio five months to fix the design. The issue with the design aside, the adaptation of the Sega video game franchise features Ben Schwartz as the voice of Sonic. James Marsden plays his human partner, Tom Wachowski, the newly appointed sheriff of Green Hills, with Tika Sumpter as Tom’s wife. Meanwhile, Jim Carrey is cast as the villain Dr. Robotnik.

According to the official plot description, the film “follows the (mis)adventures of Sonic as he navigates the complexities of life on Earth with his newfound – human – best friend Tom Wachowski. Sonic and Tom join forces to try and stop the villainous Dr. Robotnik from capturing Sonic and using his immense powers for world domination.”