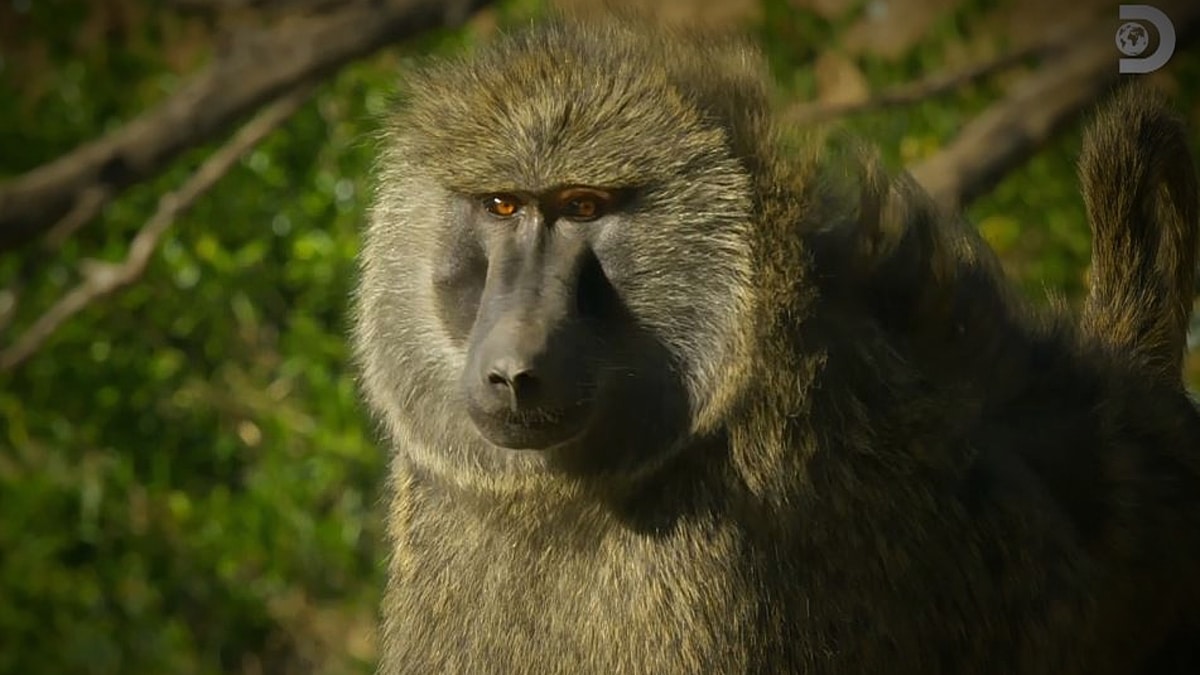 On the finale of Serengeti on Discovery, the heart-breaking story of Bakari the baboon gets some closure and perhaps a happy ending.

The exclusive clip below shows that Cheka the female, who raised an orphaned baby baboon along with Bakari until the leader ran him off, has accepted him back into the troop of baboons.  The family reunites and tenderly grooms each other as a sign of love and affection.

The action then begins when Bakari times his return for when a fight within the rival baboon troop threatens his family. The leader of Cheka’s troop and a leopard lying in wait can also end Bakari’s bliss.

The harmony of nature is restored for now, and the families of the Serengeti look to the future and always are vigilant for the treachery of life in this idyll.

What was Serengeti about?

Simon Fuller and John Downer brought us the magnificent real-life Lion King in Serengeti, a six-part series guaranteed to be on shortlists come award season.

The series was born of hard work, as Downer’s experienced crew filmed for over a year the lives of some of the baboons, lions, hyenas, leopards, elephants, zebras, wildebeest, and other charismatic animals whose familial patterns and behaviors were then scripted as they unfolded.

And combined with the eloquent and resonant narration of award-winning actress Lupita Nyong’o, it truly was the animal series of 2019 in our books.

In an interview with NPR, Fuller and Downer showed they loved Bakari’s heartfelt story:

Fuller affirmed NPR’s Scott Simon’s question regarding the jilted baboon. He said: “And he’s — what a magnificent character he is and a wonderful, wonderful baboon.”

And in our exclusive interview with John Downer, he, too, tipped his hat to Bakari. He said the animals who resonated with him the most were the baboons.

“I think the baboons. They are very close to us, obviously. I didn’t know that much about baboons. I know a lot about a lot of those animals, but they are kind of animals that you drive past on the way to the elephants or drive past on the way to the lions. I started researching them and we spent a lot of time with them and you suddenly realize these are really complex and they are so human-like.

Even researchers have studied them and their behavior to inform our lives because you can see even when a male is deposed and he starts to just become this dejected figure and just crushed and doesn’t survive long.

There’s research being done on that I’d read about and you are seeing it before your eyes. These changes and also the emotional connection and how if you’re a baboon, and you are a teenage baboon, you have to leave your group and find another troupe.”

Also on Sunday’s episode, the close of another chapter and remarkable year for the animals of the Serengeti. And along with the dramatic changes in the landscape after the fire, the circle of death, and rebirth comes as it always does, the elders prepare their young for a life on their own.

It’s a mother’s grief writ large, as regal lioness Kali has survived, yet sadly one of her cubs is missing.  Kikay, the mother cheetah, returns to teach her cubs the ways of the plains but a giraffe mother grieving the death of her calf will upend their training.

Elephant matriarch, Nalla, and her small baby struggle in the flooded river infested with crocodiles.