Hulu’s Sasquatch is not really about bigfoot, although the mythical creature looms large in the three-part series.

The Joshua Rofé-directed project is, in fact, a murder mystery centered around a dangerous, weed-growing community in the Pacific Northwest.

Rofé told Deadline, which broke the news of the series in January, that after he finished Lorena, the Amazon doc series about Lorena Bobbitt, the woman who famously cut off her husband’s penis, he was looking for a story that was hard to search for, which led him to Sasquatch. Naturally.

“I was feeling so relieved that we were getting so much amazing archival footage [on Lorena], which is a gamechanger when you’re making a doc and you know you’ll be able to represent it visually and capture a time and a place. My weird thought was what if next time you had a story that you couldn’t even Google. What would that be like? That scared the shit out of me and got me really excited – if I found a story that I wanted to tell that you couldn’t goggle, as hard as that would be, I know I’d be on to something,” he said.

Around the same time, a friend of his suggested that he listen to The Sasquatch Chronicles podcast, which as you can imagine, tells stories of people who believe they have seen bigfoot. Rofé was hooked, although he admits that it wasn’t necessarily the thought of finding bigfoot that excited him, but the raw terror that these people felt.

“These people are terrified, I was so moved and I felt like I was experiencing a tone that I hadn’t really seen before,” he said. “I saw Zodiac in the theater with pouring rain and it was terrifying and I live for that. I asked, ‘What kind of story can I find that would capture that?’ and that’s when I thought if I found a murder mystery that [combined] a sasquatch story.”

This is when Rofé spoke to gonzo journalist David Holthouse – a man who went undercover with neo-Nazis and spent three nights up with methheads. The pair had previously worked together on a doc project that didn’t go forward.

“I’m friends with a few journalists and one thing I noticed is they all have this rolodex of wild stories that lay dormant in their minds and if you say something that sparks in them, they come alive with a satiable appetite to tell a story,” Rofé said recently at SXSW.

Holthouse told Rofé a story that while visiting a pot farm in Northern California in 1993, he heard a story that still haunted him. He was told, admittedly by more methheads, that on a nearby farm three men were torn limb from limb in a savage Bigfoot attack.

25 years later, Sasquatch follows Holthouse as he revisits the Redwoods, in search of any evidence that might lead to the truth of what happened that night. As he pulls at the threads of this story, he’ll be taken down a path that’s far more terrifying than anyone would have imagined.

“David is a fascinating person – this guy is a star the way that Gene Hackman is a star, with long hair, chasing down information in the back woods,” said Rofé. 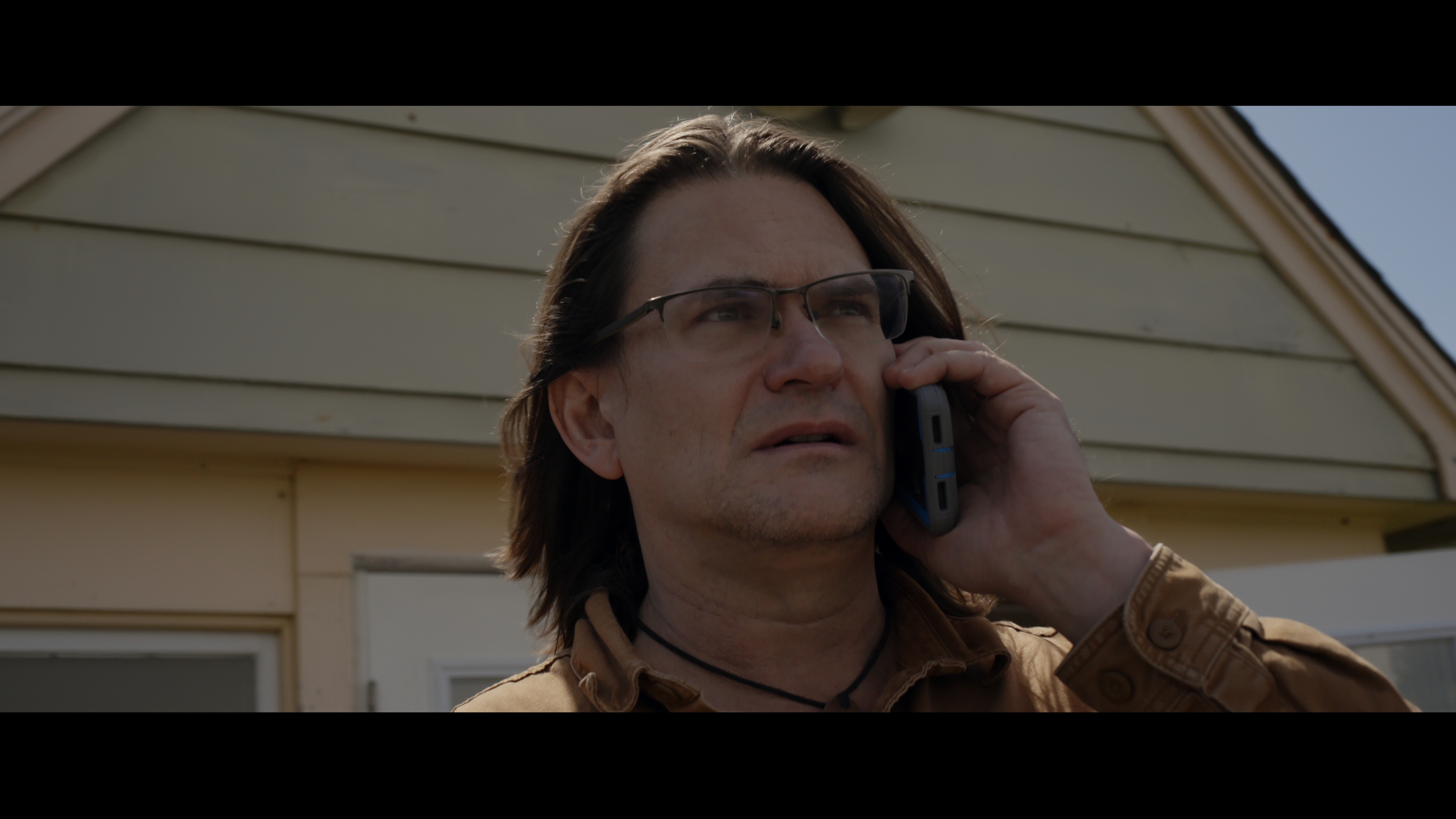 Holthouse (left) went back to the Emerald triangle – Humboldt County, Trinity Count and Mendocino County – an area in northern California that is the largest marijuana-growing region in the U.S. and a notoriously dangerous spot for strangers.

Holthouse himself acknowledges how “sketchy” the area is. He said this was a story that he’d heard when he was a “very different person” with a “pretty gnarly self-destructive streak”. “That’s no longer the case, but I put myself in some very dangerous places in the making of this show,” he added.

Rofé admitted that there were some hairy moments, as seen in the film, when Holthouse is chasing down some nefarious characters, meeting with pretty on-edge sources in parking lots, and asking locals whether they’d ever killed anyone.

“If you’re making a doc about real active criminals, they’re not sitting down for interviews,” Rofé told Deadline. “It’s the ones with the ego that needs stroking because no one pays attention to them anymore and they don’t get a rise in their life from the crime but true hardened today criminal killers, the best you’re going to do is get them on the phone and they’re going to talk to you in a different way. They can threaten you without threatening you. When I heard those calls, this is as close as you get to seeing bigfoot in the woods.”

While the first couple of episodes features some lighter moments with some humorous Squatchers, the third episode [SPOILER] heads pretty quickly down a dark road as Holthouse gets closer to the truth. “You don’t want to go further, otherwise you’re dead and there’s no film,” admitted Rofé. “There is another version of this film, where it doesn’t change but there’s a few more names and faces and the chill factor would get ratcheted up a bit but I know for a fact we’ve told the story to completion.”

Rofé brought in Mark and Jay Duplass to exec produce the project. A fan of Wild Wild Country, the Netflix series that the pair exec produced, Rofé and Holthouse pitched Mark Duplass in his dark attic, which seemed apt for such a project, giving a campfire ghost story feel. “We could feel the energy of it and despite all of my education and all of my cynicism, there’s something about the lore,” Mark Duplass said at SXSW.

Rofé, who worked with Jordan Peele on Lorena, said that having a benefactor with clout such as the Duplass brothers, was instrumental in getting the project sold and made.

“I’m a nobody in this business; there are people with power and workerbees like me. We can be really good workerbees, but often, we need somebody to get our projects made in a way that can be released or funded with significance,” he said.

He added that A-list filmmakers and stars such as Peele and Duplass can help protect filmmakers “so you don’t fall victim to all sorts of notes that would ruin your project”.

Rofé urged more stars to use their brands to help emerging filmmakers. “I wish more people who are in these incredibly fortunate positions would go and help doc filmmakers. There’s plenty of people who do and when that happens I feel something really interesting can get made like a sasquatch murder mystery.”

Rofé is already on to his next project, which he says is about a “very famous beloved person and you’d never guess what their life was really like” and is one of a number of doc filmmakers taking advantage of the current boom for premium documentaries, helped by the rise of streamers.

“I started making my first doc in 2008. At that time, it was a few years from entering that realm when docs were starting to explode. In many ways, The Jinx changed everything. I know what it’s like to have to work a regular job and make a doc and put it on Kickstarter and go into debt with credit cards and I did that for the better part of a decade. it’s brutal. It can be very demoralizing. It took me 16 years to get into Sundance. To then continue to go and have these little breakthroughs and be fortunate to make these things that I’m in love with that are coming out in a real way, it is very exciting to see the streamers pop up and see people go crazier for docs than maybe anything else,” he said.