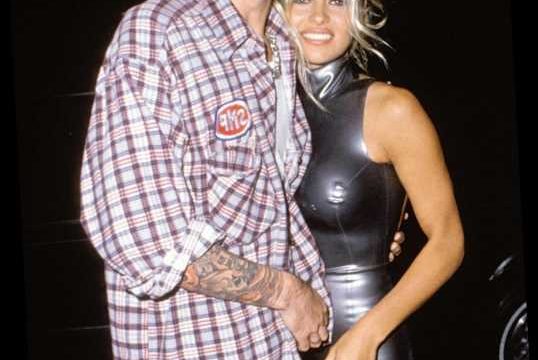 Pamela Anderson is speaking out about her famed sex tape with ex-husband Tommy Lee.

Anderson, 52, appeared on Watch What Happens Live with Andy Cohen Thursday and, during the “shady sunscreen” segment was asked, “As the star of a sex tape, what is your favorite celebrity sex tape?

“That was not a sex tape. That was a compilation of vacations that we were naked on,” the Baywatch star clarified in response, laughing.

Anderson married Lee, one of the founders of Mötley Crüe, on a beach in Mexico in 1995 after dating for just four days. The couple went on to have two sons — Brandon, now 23, and Dylan, now 22 — before their divorce in 1998. During an appearance on Watch What Happens Live in 2015, Anderson said she has never seen the infamous video.