ONE Love Island couple have already left the villa and are on their way back to the UK after a shock exit.

The unlucky pair were booted off after they received the least public votes in a savage twist that was filmed last night. 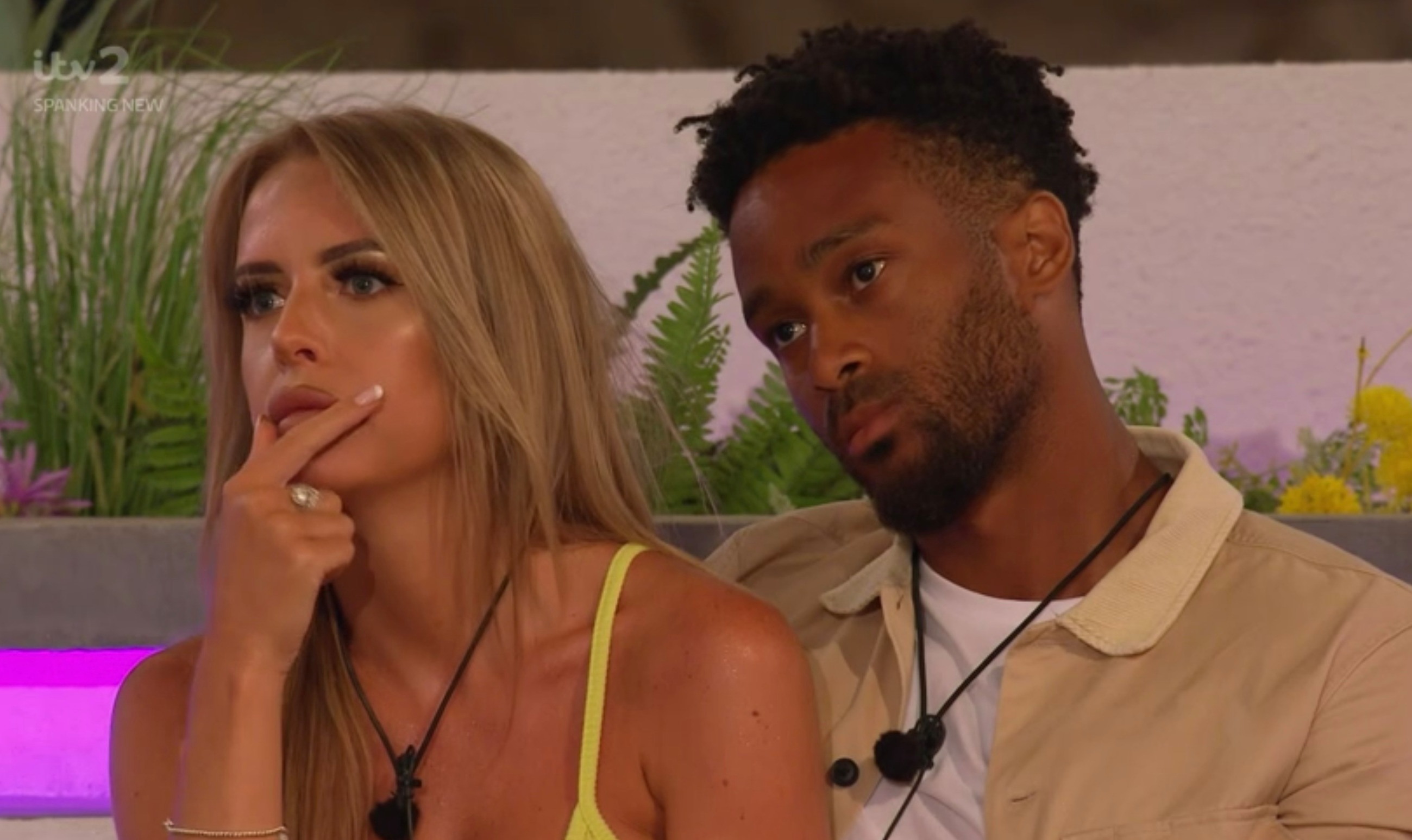 Viewers will see all the Islanders standing around the fire pit tonight when Kaz receives a text.

It says: "The public have been voting for their favourite couple.

The group then find out if Liberty and Jake, Faye and Teddy, Aaron and Mary, Chloe and Toby, Millie and Liam, or Kaz and Tyler are leaving – after Priya and Brett were sent packing on Sunday night.

The drama comes hot on the heels of another villa row with Faye kicking off over which of her pals voted her and Teddy the least compatible.

Faye broke down in tears as the rest of the villa turned against her, with Jake saying that she needed to "grow up" following her outburst.

However, Faye got her own back later savaging ALL of the Islanders in a brutal roast as part of the villa's talent show yesterday.

As well as one couple being dumped, tonight's instalment should provide some light relief too as the stars get to grips with parenthood.

The baby challenge never fails to entertain and is a hit with Love Island fans.

Islanders are woken up by a chorus of screams from a number of baby dolls in what usually becomes the biggest test of their relationships so far.

Every couple is assigned a baby, and becomes new "parents", from feeding to changing nappies, they have to be there for their baby's every need.

This is often a reality check for the Islanders, as they struggle to rise to the challenge. ​

The baby challenge will take place during tonight's episode on Wednesday, 18 August.