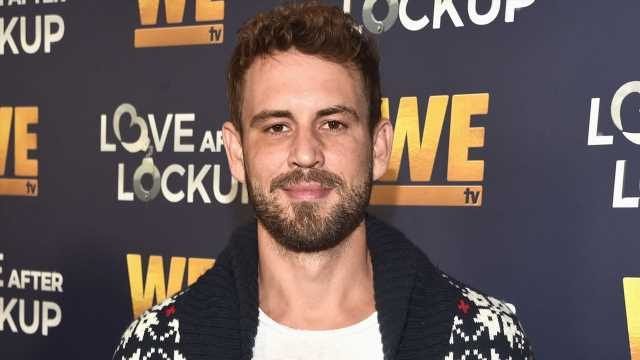 The Bachelorette‘s Nick Viall is officially over ex-girlfriend Kaitlyn Bristowe, saying he has finally received closure after being “really pissed” at her for comments she made following their breakup.

The 38-year-old Wisconsin native was angered upon hearing Bristowe making “snarky” jokes at his expense in a video posted on The Bachelorette‘s official Instagram page.

In the video in question, Kaitlyn was asked to play a word association game, responding to the phrase “the right reasons” with a simple yet biting, “not Nick Viall.”

RELATED: Nick Viall Says He ‘Made Out’ with His ‘First Guy’ This Week: ‘I Was a Little Bit’ Nervous

The former Dancing With the Stars contestant was angered by her response, taking to the comments section of the video in a since-deleted comment to express his frustrations.

“@Kaitlynbristowe dms me two weeks into filming.. asks me to show up. Picks someone else. Makes jokes post show at my expense in national interviews to cover own ass. 3 years later…..same ole,” Viall wrote before deleting his comment, according to Us Weekly.

On his podcast, The Viall Files, Nick revealed that he and Kaitlyn have since talked on the phone together and smoothed things over.

“When it comes to Kaitlyn, I am hyper-sensitive. It’s a trigger,” said Viall, who placed second on her season of The Bachelorette in 2015 (after placing second on Andi Dorfman’s season in 2014). He then appeared on Bachelor in Paradise and became The Bachelor in 2016.

RELATED: What Do Nick Viall and Rachel Lindsay Think Of The New Bachelorette?

“Of all the times I’ve been on the show, every other time was this opportunity I had to be open to the possibility of meeting someone,” he said. “But when I went on for Kaitlyn’s season, it was for that particular girl and probably the sincerest thing I’ve ever done in my time on the show. So this implication of any insincerity out of her mouth about me really boils my blood.”

“I have been a convenient cheap joke for her, but I am extraordinarily sensitive about that topic. It always bothered me that at least publicly and in reality, there seems to be this contentious relationship,” he added.

According to Viall, Kaitlyn asked him in a direct message on social media to talk on the phone, and the two spoke at length for the first time in a long time. He said he “felt so much better after the phone conversation”.

“It was a great conversation and it was a conversation that should’ve happened a long time ago,” Viall said of the phone call. “She was really gracious and I really appreciated it. It validated a lot of thoughts I had about certain things.”

“I truly believe that closure doesn’t need to come from the other person. You can always get closure from yourself. Sometimes you’re required to do that.”

Kaitlyn is currently in a relationship with another Bachelorette alumnus, Jason Tartick. During a recent episode of E!’s LADYGANG, Bristowe said she understood the reason behind Viall’s anger following the phone conversation.