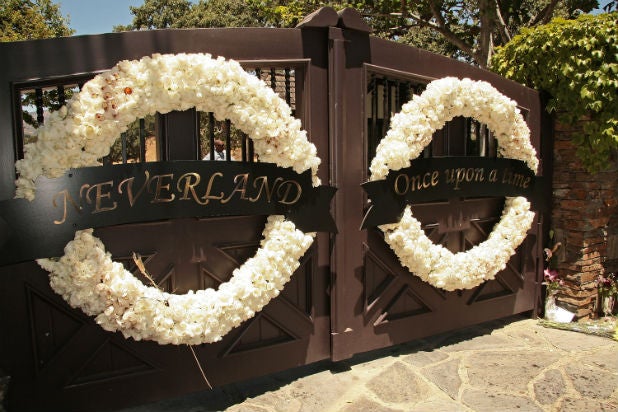 A buyer has finally been found for the land once known as Michael Jackson’s Neverland ranch. Billionaire Ron Burkle recently purchased the 2700-acre estate in Santa Barbara County, California for $22 million, his spokesperson told NBC on Thursday.

Jackson bought the Los Olivos property, originally known as the Zaca Laderas Ranch before its name was changed to Sycamore Valley Ranch, in 1988. He first encountered  it in 1983 while filming the video for “Say, Say, Say,” the hit song recorded with Paul McCartney.

Jackson renamed the property Neverland, after the setting of “Peter Pan,” and turned the estate into his own private amusement park. Along with a private petting zoo, Neverland also had three railroads, a Ferris wheel, octopus, zipper, swinging pirate ship, wave swinger, super slide, roller coaster, bumper cars, and a video and pinball arcade.

Jackson frequently hosted young children as guests at Neverland and subsequently it became intrinsically linked to the numerous accusations of pedophilia against him. He lived at Neverland until 2005, when he was tried on several counts child sexual abuse and Neverland became a central part of the investigation. The trial ended with his acquittal in 2005, but Jackson never returned. In 2008 he sold an unknown percentage of ownership to a development company to pay off his mounting debts, and the private amusement park was dismantled.

Jackson died in 2009 and his family retained at least partial ownership of Neverland. The it was renamed back to Sycamore Valley Ranch in 2015 and placed on sale for $100 million.