It’s a straightforward declaration that has permeated her decades-long tenure as one of the most notable screenwriters behind some of Black culture’s most beloved television shows. Her honest approach to the representation of Black life, love, and conflict on-screen is evident in the way she shapes impactful characters like Mary Jane Paul, Moesha Mitchell, and, of course, the adored friend group of Joan, Toni, Maya, and Lynn.

Though Brock Akil has influenced a slew of shows that have explored the diverse spectrum of Blackness, her lasting legacy lies in the UPN series Girlfriends, which starred a then-relatively unknown cast of Tracee Ellis Ross, Jill Marie Jones, Golden Brooks, and Persia White. In 2020, the concept of the show doesn’t seem so groundbreaking when we now have Black women-led and -centered series such as Insecure and I May Destroy You, but 20 years ago today when Girlfriends first premiered, the premise of a show for and about Black women being unapologetically fabulous, messy, emotional, vulnerable, sexual, and hilarious? Simply put, it was groundbreaking. And though Black women celebrated Girlfriends and all it represented from the jump, it took two decades for the rest of the world to wake up and acknowledge all that the show really stood for.

“What was unique about Girlfriends that was different than Sex and the City, was Sex and the City was all about their dating relationships with a girl group to discuss it with. I wanted to shift it to the chosen family of sisterhood and use Joan and Toni as my Carrie and Mr. Big,” Brock Akil tells BAZAAR.com. “It was always about that—whether or not that relationship was ever going to make it, and then letting all the other ones wrap around it. [Black women] did not have any seat at the table on Sex and the City. And although I still really enjoyed the show, I didn’t see that as a rejection, I saw it as an opportunity. So when this moment came, this [pitch] meeting came, when they said what they wanted, I said, ‘Well, I want to give you a very modern take on female friendships, similar to Sex and the City in tone and tonality.’ And that got their attention.”

Brock Akil also credits divine timing as a factor that helped push Girlfriends onto the screen. The success of Black sitcoms such as Moesha and The Jamie Foxx Show (both of which had Brock Akil in their writers’ rooms), and later The Parkers, had networks hungry for entertainment that could bring in reliable Black viewership. To further seal the deal during the pitch meeting for Girlfriends, Brock Akil banked not on the show’s lead character, Joan Clayton—the perpetually single but successful lawyer who would eventually go on to be portrayed by Tracee Ellis Ross—but rather her best friend, the hotly debated and gloriously bougie Antoinette “Toni” Childs.

“I plucked one of my characters from my failed pilot that I loved in that first pitch meeting. And it was Toni,” explains Brock Akil. “If you think about that at the time, she’s such a fun character. She’s very loud and takes up space, and those are the kinds of characters that get executives’ attention. [One of them] was intrigued to the point that I realized—okay, I’m going to be really real—I think he had an attraction to Black women,” laughs Brock Akil. “So, I played up on that. When I talked about Toni, I was just telling him about a girl he should date, and he stayed intrigued. He stayed intrigued and said, ‘Hey, Mara, I want you to come back. I want that show.’ And then I came back and realized, ‘Oh, shit, what did I just sell?’ And I went back there, and then I pulled it all together with the theme of Girlfriends.” 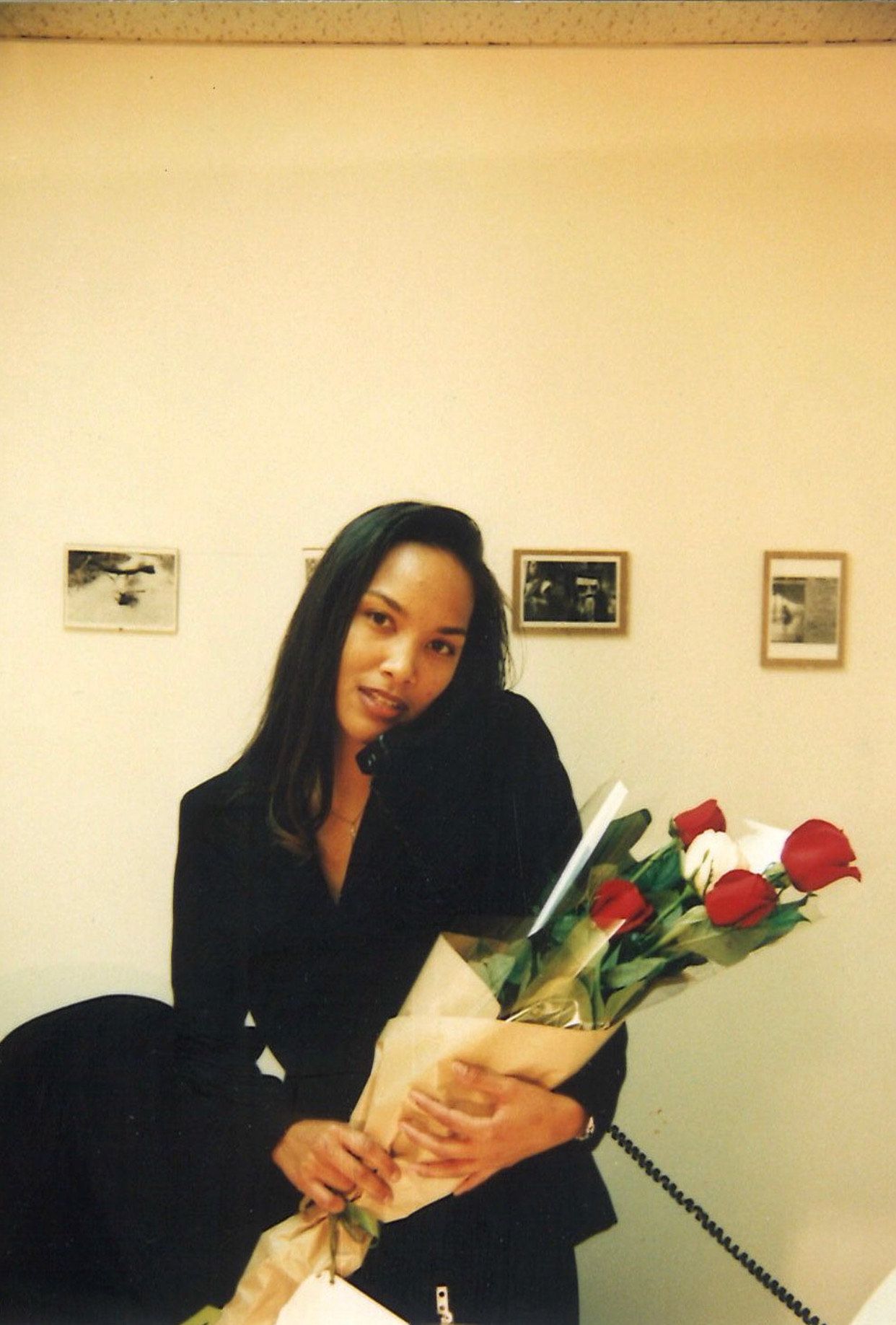 Even though Brock Akil sold the concept of the series with a tried-and-true storyline—a.k.a. fashionable friends navigating life in a major city à la New York or Los Angeles—her insistence on making her four core characters as imperfect as possible is what made her storytelling stand out. Too often, when Black women characters had the chance to live on-screen, they were forced into the stigma of the hardworking, strong, Black woman who could never make a mistake. With Girlfriends, Brock Akil’s characters worked for the lives they lived, yes, but they could also be emotionally messy and complicated, which to the show’s audience reflected a more accurate portrayal of their everyday lives.

As for Brock Akil’s leading ladies, “[Joan, Maya, Toni, and Lynn] were Black on purpose,” she says. “They were intentionally going to be flawed on purpose, because, very simply put, I don’t believe in positive images, just as much as I don’t believe in negative images. I would say perfect images are just as damaging as negative images, because our humanity does not exist in those extremes.” 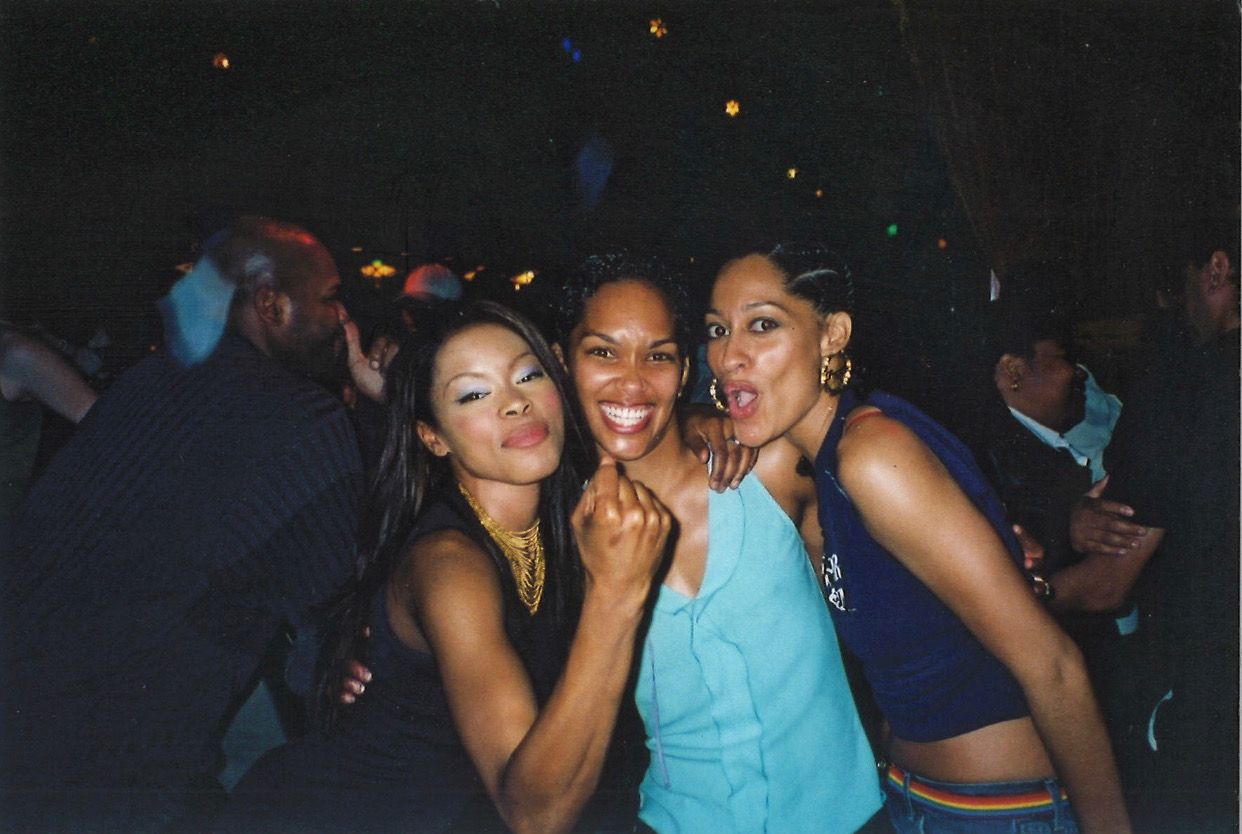 She continues, “I was charged to give honor, space, celebration to our full humanity [as Black women]. We’re not perfect, but yet in television, at that time, even the Black audience wanted perfectionism, whereas white people get the luxury of their humanity. I was raised to want and have the best for myself, and then I want that for my people—so what I’m going to give my people is the space to be human, and that’s the best we can do for each other. I knew it would have an impact. I didn’t know it would be this huge.”

Back then, Brock Akil was confident that her show concept was needed, and if anything, it paved the way for a generation of in-control Black women to come. But that doesn’t mean she wasn’t worried about whether or not the masses would embrace this new formula of female-fronted TV.

“The thing that rattled me back then was, I remember when you go out in public or a panel, or do something like that, I remember there were some Black women who pulled me to the side and told me that they liked the show, but would ask me why do I have to have the characters be so sexual?” Brock Akil recalls. “I remember this one woman saying, ‘I’m a lawyer, but it’s hard enough being a Black woman in the corporate space, and I’ve worked so hard to be respected in this way. You’re putting these images out that we out there just having sex.’ And I said, ‘But, we are!’

“I didn’t get mad at her, I actually had a lot of compassion for her, and it made me go further into the expression of us owning our sexuality, because we would always be categorized,” she adds. “I wanted women to own their sexuality—not in a way to be ashamed of it, but in a way for them to define it for themselves and not for others to define it for them.” 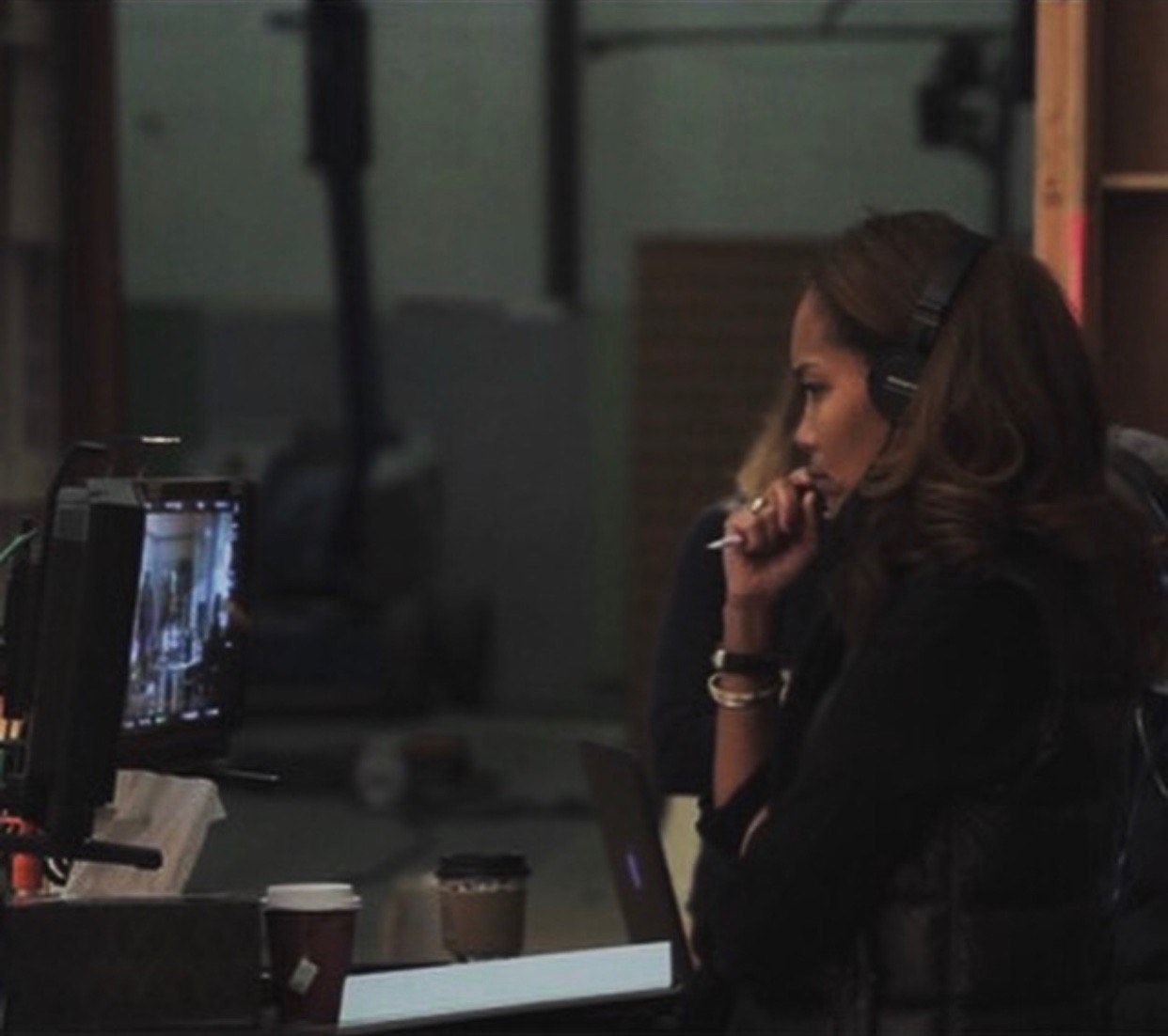 Brock Akil’s timeless message of self-love and affirmation threaded throughout Girlfriends‘ eight seasons helped build the show’s devout audience—a following that never ceased voicing their love of the show and even now still holds out hope for an eventual movie to address the cliffhanger of a series finale. Due to the months-long writers’ strike that began in November 2007 and continued until February 2008, Girlfriends never received a proper conclusion and wasn’t picked up for another season. Fans often take to social media to stress their need for closure, but after years of pitching to studios to fund a film, Brock Akil has left the possibility up to fate.

“In any aspect of life, if you come off desperate, people don’t want you. As soon as you sort of put a value on yourself, I don’t want to say a price, but there’s a standard. I believe in alignment. I believe in the yes. I believe in God’s will. I also believe I did everything I could do and I have to let go, saying, ‘Let go, let God,'” says Brock Akil. “I believe in the timing. Even with the Netflix deal—it baffled me that we did not have a streamer all this time. I’ve been asking. And now it’s coming to Netflix on the 20th anniversary.”

About a possible film, more specifically she says, “I expect that the alignment will come around if it’s also meant to be. I certainly tried. I put it out in the universe, and I believe the right partner will grab it or they won’t. And that’s okay.”

Of course, the uncertainty has slowed Brock Akil down. There is more to come. Just this week, Netflix revealed that it inked a multiyear deal with Brock Akil to bring scripted and creative productions to the streaming giant, joining a stellar lineup of power producers including Shonda Rhimes, Ryan Murphy, and Kenya Barris, who now also call Netflix their creative home.

“The voices that I represent in my stories matter, and Netflix values those stories, because they understand that their global audience wants to see their reflections on-screen,” Brock Akil exclusively tells BAZAAR of her new deal. “Our partnering to share authentic human stories globally is inspired alignment. I look forward to the promise of this opportunity.”

Whether it’s on display in one of her forthcoming shows or rooted in the nostalgia of one of her early-aughts classics, Brock Akil’s storytelling is timeless—and she knows that she’s tapped into some kind of magic.

“If something is good storytelling, if you do the story right, it remains a classic. It remains forever, it’s evergreen,” she says. “Do it right, and you can live forever.”