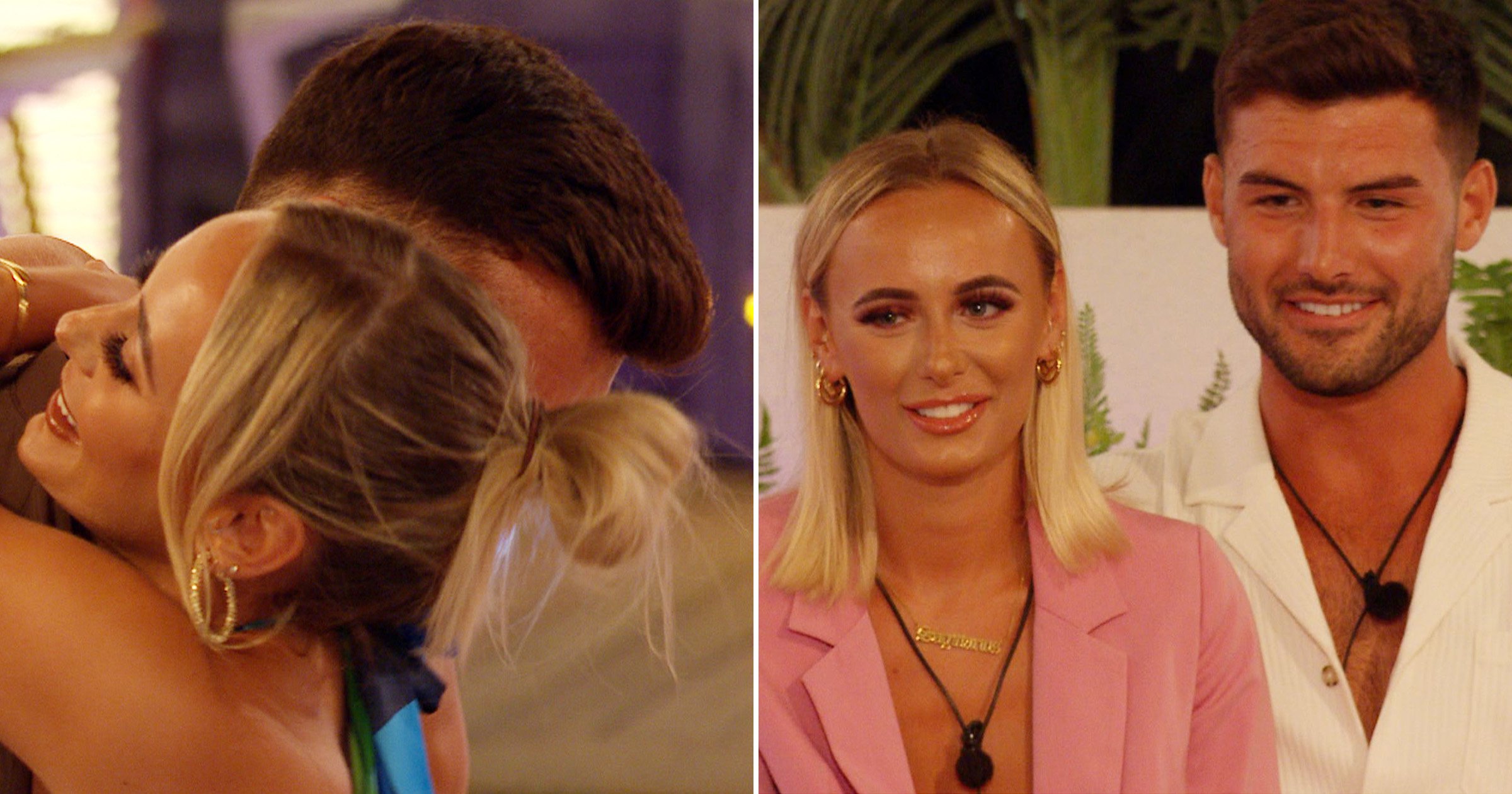 To the sound of millions of sighs, Love Island’s Millie Court decided to give Liam Reardon another chance in Tuesday night’s recoupling.

Liam had returned to the villa from Casa Amor, having seemingly stayed single, much to Millie’s delight – only for it to turn to tears when bombshell Lillie Haynes sensationally ratted his behaviour out.

Millie dumped Liam shortly after as she declared: ‘I personally don’t think I can go forward with this. You’ve hurt me and I don’t trust you. I think you need to respect that decision.’

However, it appears Liam’s attempts to woo her back, which included a poem about his erection on her pillow before a rather more meaningful public declaration of his feelings on stage, were just the trick.

During the show, Millie admitted that Liam’s speech following singer Mabel’s performance had been ‘one and a half steps’ forward towards rekindling their relationship, as Liam agreed he was happy for it to all be ‘baby steps’.

As Millie started to share her choice during the recoupling, she revealed how the past few days were ‘probably the saddest I’ve been since I stepped inside this villa’.

She also wasn’t afraid to call Liam out again for his behaviour, as she said: ‘I think the way he behaved in Casa Amor was completely disrespectful and I believe I deserve more than that.’

The softening persisted though, as she continued: ‘The gestures have been a bit questionable but the speech tonight – I would be lying if I said it didn’t make me smile, but it’s going to take a lot more than just a speech, it’s going to be a slow journey to go back to what we had.’

Liam was unsurprisingly delighted to see the door to his way back ‘to what we had’ crack open a fair way, and even carefully went to put his arm around Millie as they sat down together.

Millie’s dad had posted an adorable message of support for her during her upset with Liam, writing: ‘I wanted to dive into the TV tonight and just cuddle My Girl real tight. #itwillbeokdarling’.

He spoke of how difficult he found it to ‘helplessly watch’ as she shed tears but shared that her ‘large loving family were ‘all so proud of her’.

Love Island continues on Wednesday at 9pm on ITV2.