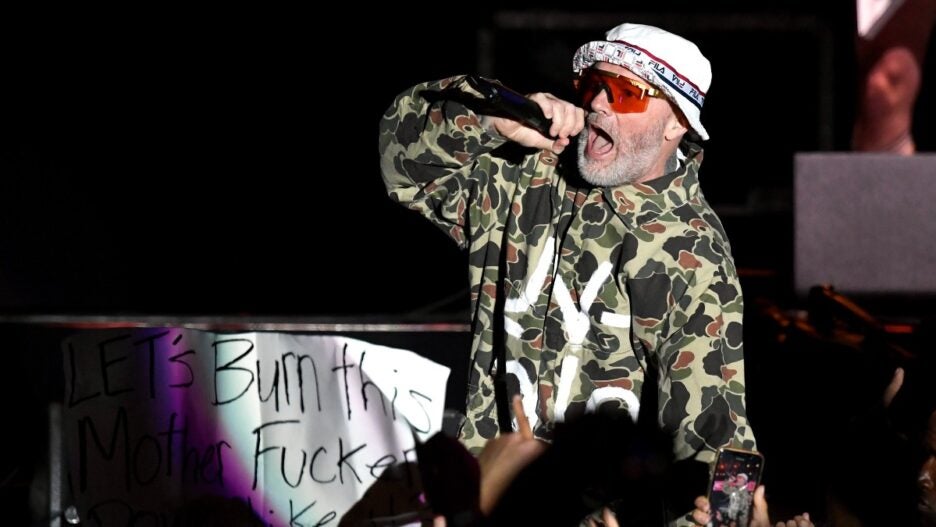 It’s been seven years since Limp Bizkit released new music, but that changed Thursday morning with the release of “Dad Vibes,” a song that has fans wondering if we’ve all been dropped back into 1999.

The rap-rock band first teased “Dad Vibes” in July during their set at Lollapalooza, where frontman Fred Durst debuted his “retro dad” look, complete with silver hair and a handlebar mustache. That’s the look featured in the “Dad Vibes” lyric video, which seems to be splitting fans — people are either loving it or hating it. One thing everyone can agree on, though, is that the very concept of listening to new music from Limp Bizkit is a huge throwback.

“Dog the Bounty Hunter and Limp Bizkit both making comebacks. What’s next? Leprosy? The asteroid that killed the dinosaurs?” one person joked on Twitter.

Others noted the fact that Papa Roach, another popular band from the early aughts, has also released new music this month. “Waking up to Limp Bizkit and Poppa Roach trending this morning really made me reconsider what year it was,” another fan tweeted.

That said, fans should probably be mentally preparing for more music from Durst and his band soon. In an Instagram post at the end of August, the band teased, “new songs will begin to leak, one after the other in rapid succession, very soon,” and that a new album will be released “soon thereafter.”

You can check out more baffled — and some genuinely excited — reactions to Limp Bizkit’s “Dad Vibes” below.