LAURYN Goodman looked every inch the yummy mummy as she hit the beach in a low-cut swimsuit wearing her 'KW' necklace.

The reality star was seen with her baby son, who she had with Manchester City and England footballer Kyle Walker. 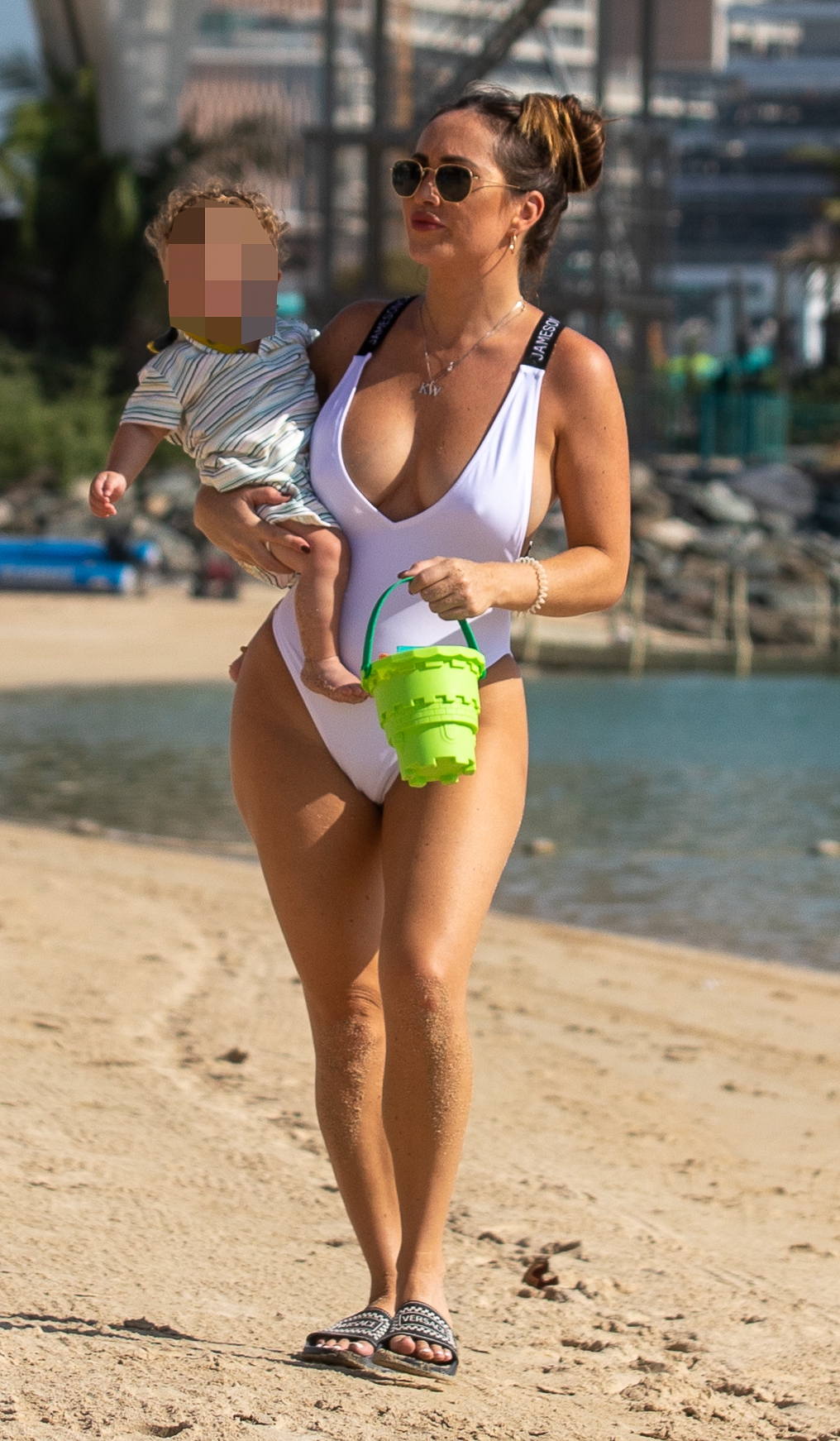 The 29-year-old looked one hot mamma as she strolled along the shore in her sexy white one-piece.

She was snapped with her son Junior, who also goes by the initials KW.

The pair looked happy and relaxed as they continued their holiday.

Mum and son are currently enjoying a luxury winter break in Dubai. 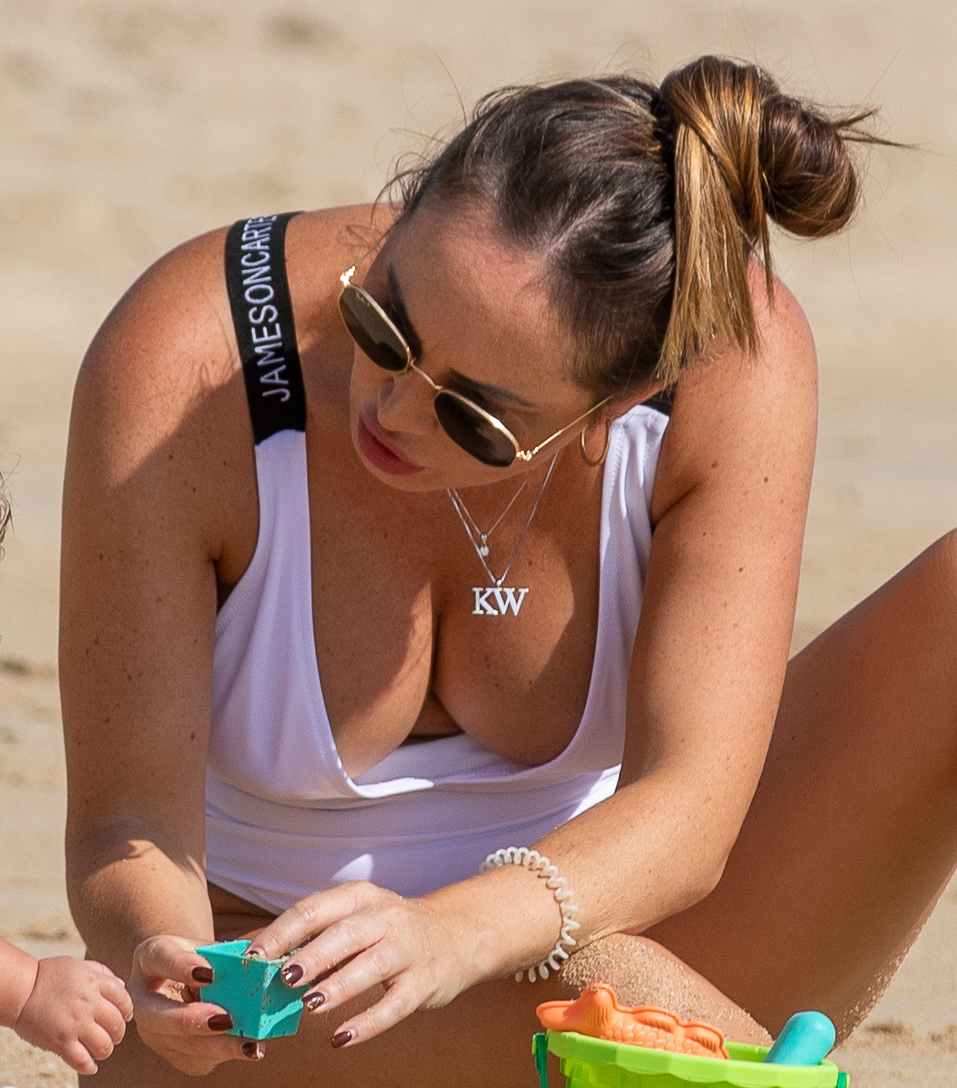 Lauryn looked incredible in the swimsuit.

She topped off her look with a pair of shades and flipflops.

The 'KW' necklace could visibly be seen dangling down her chest.

She has previously revealed that the chain had been given to her by her 27-year-old sister Chloe, who is famous herself for stints on Ex On The Beach and Celebrity Big Brother. 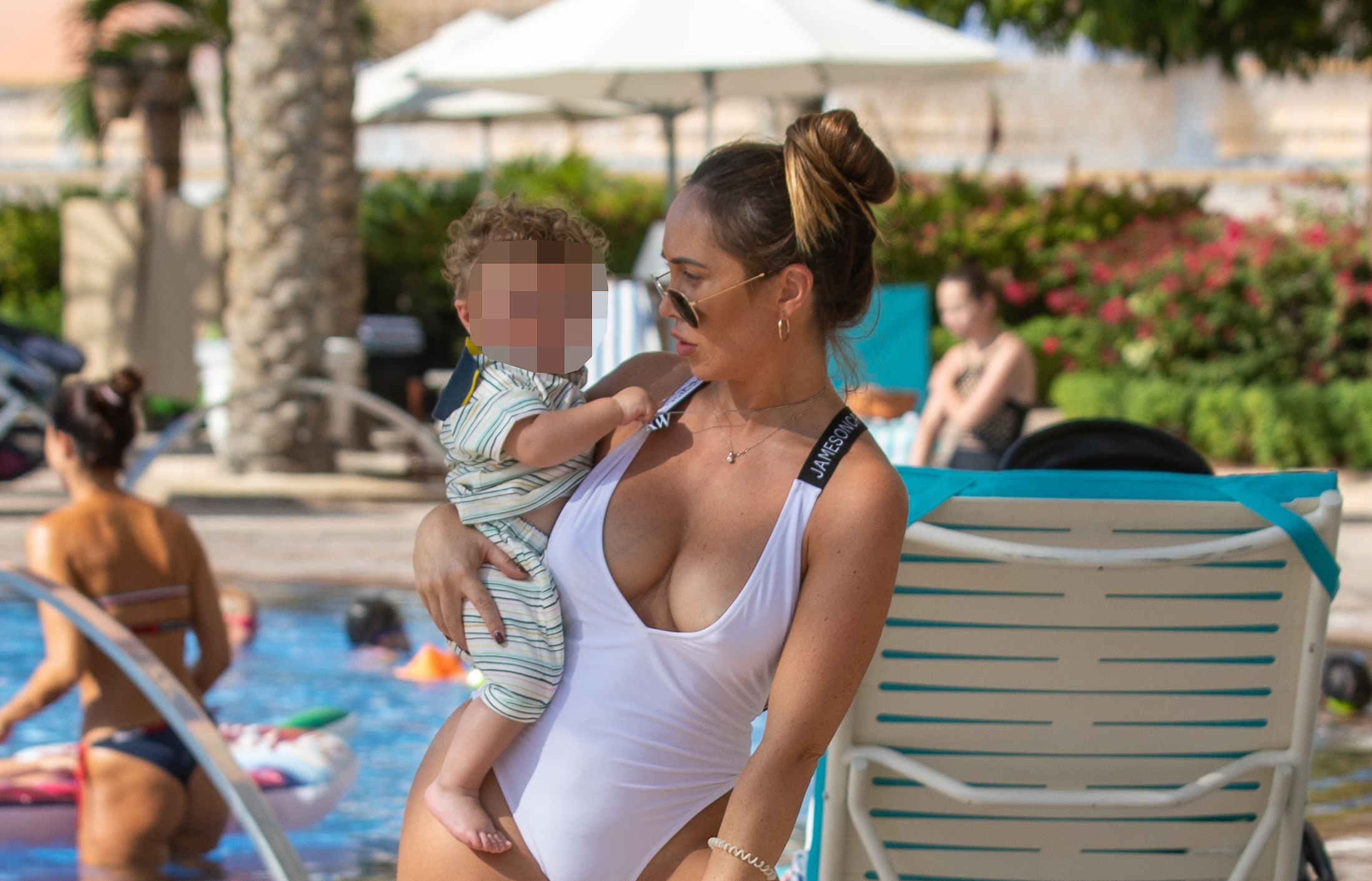 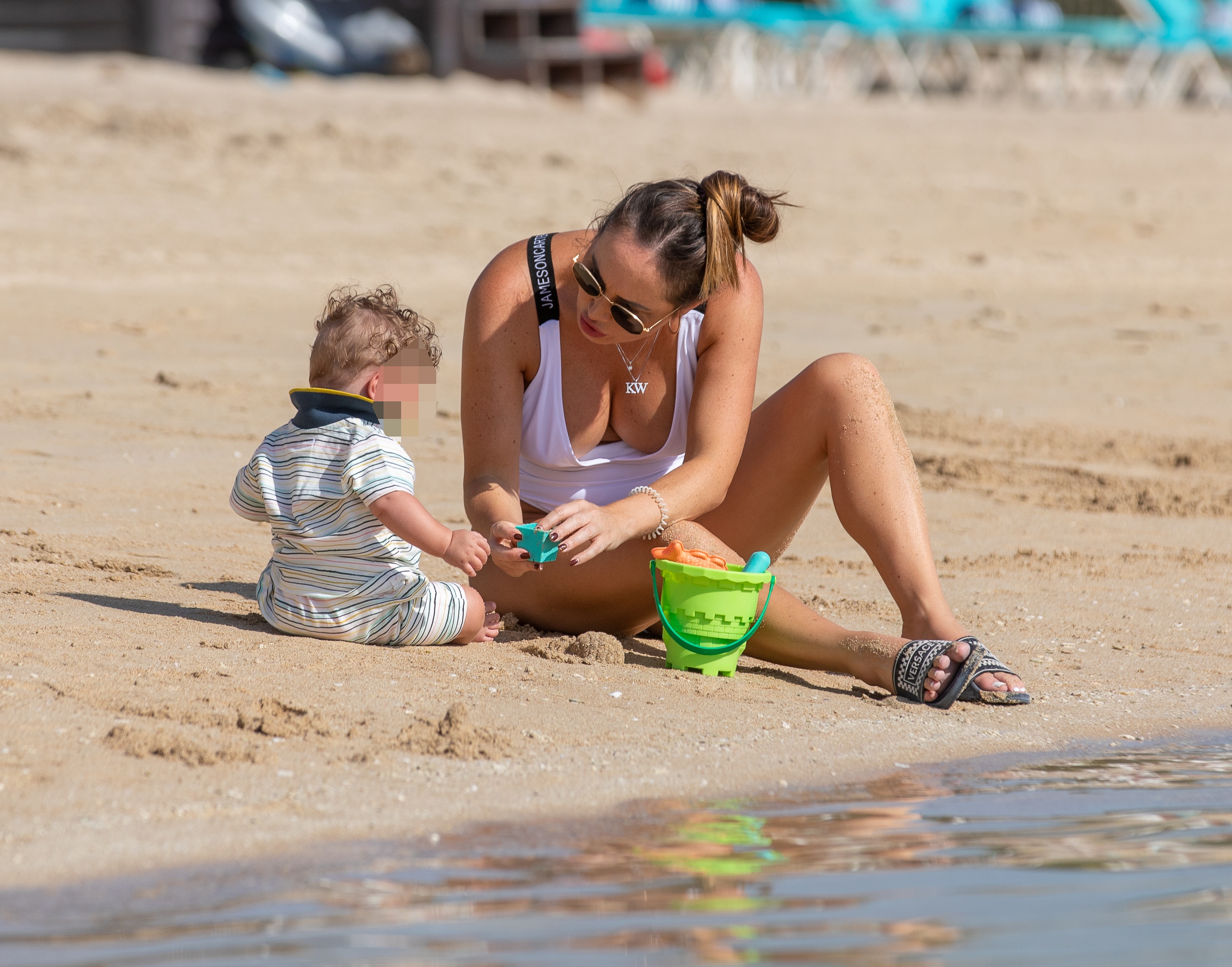 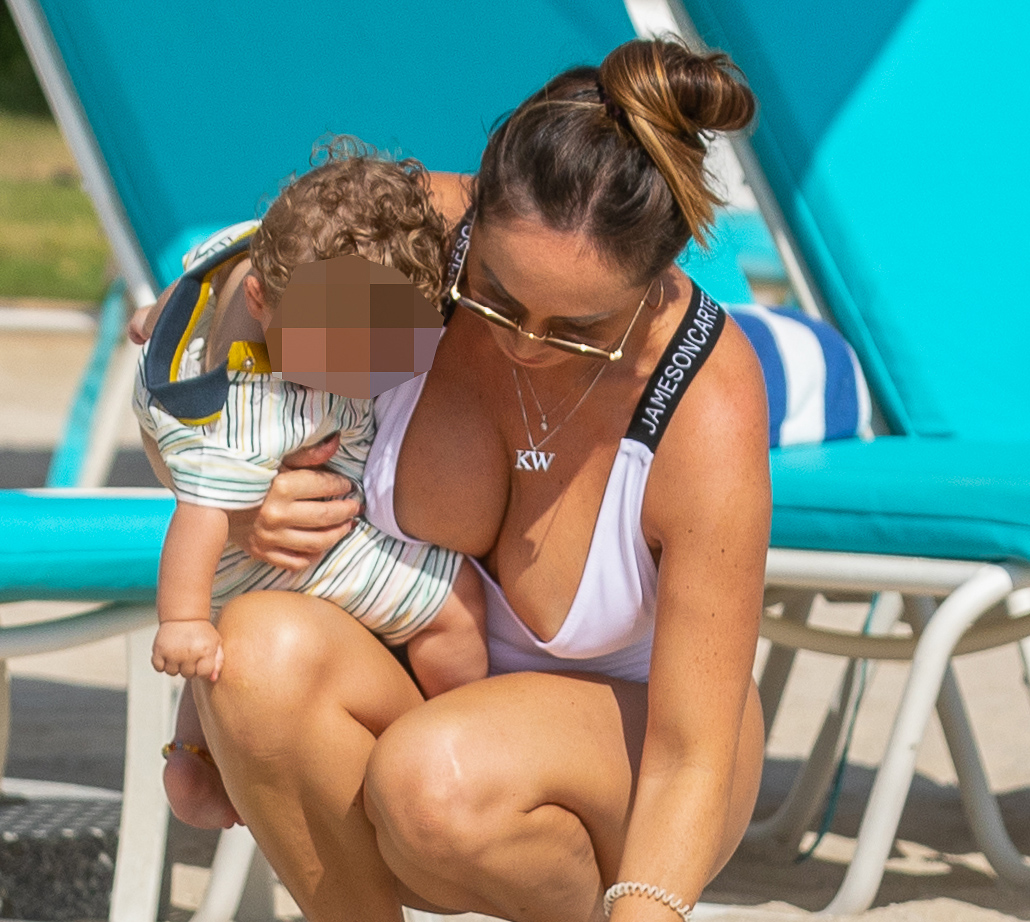 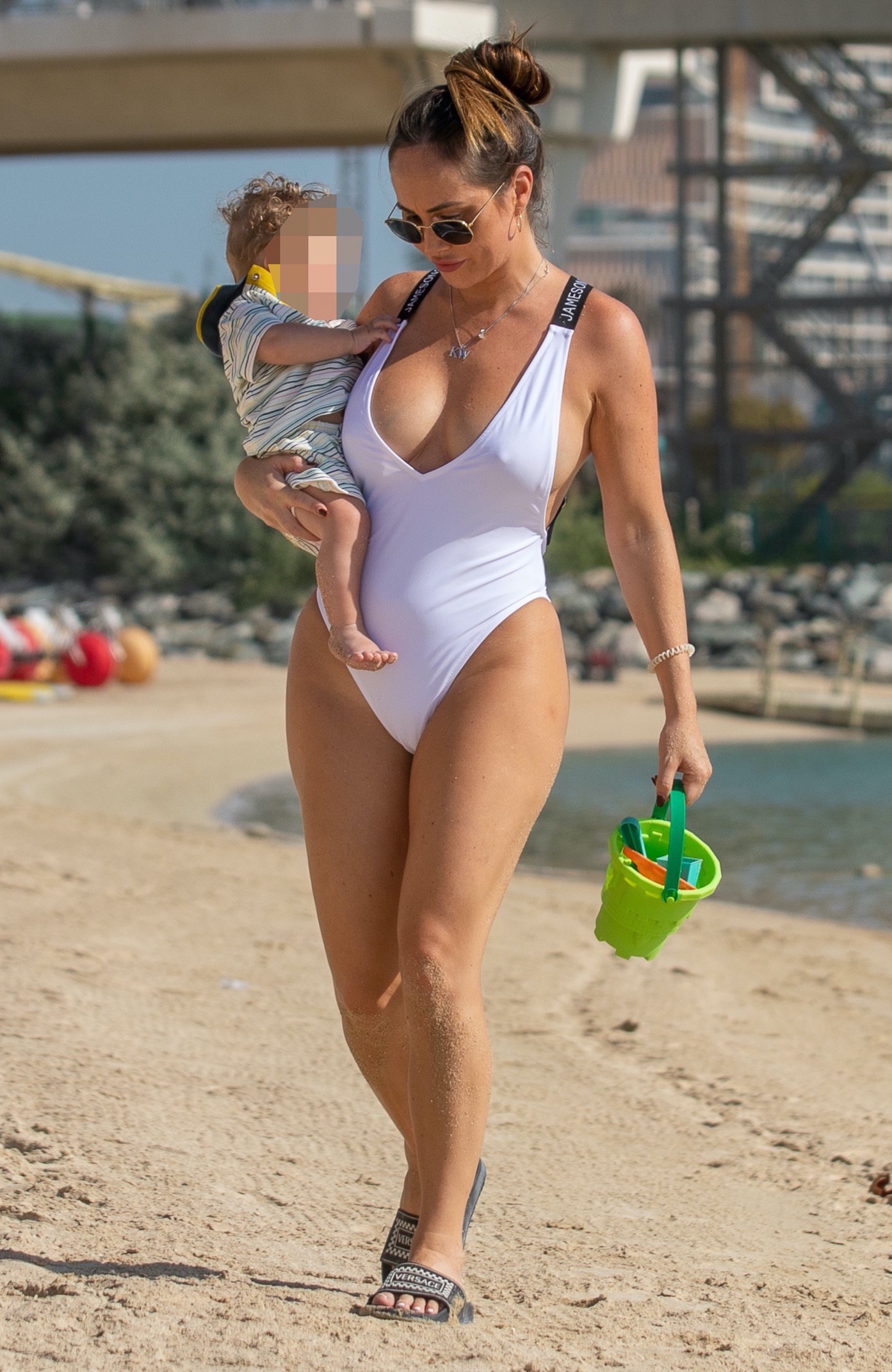 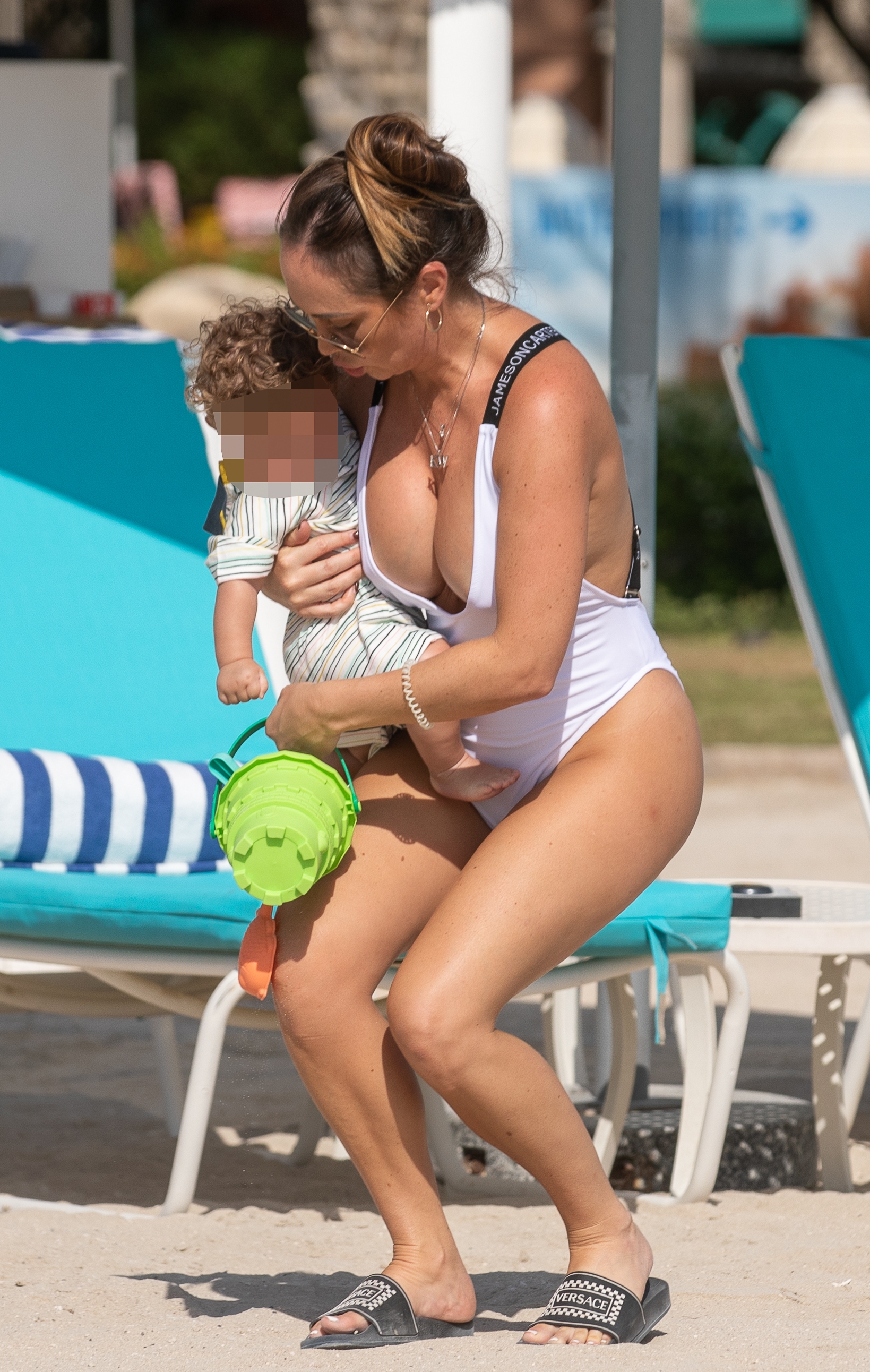 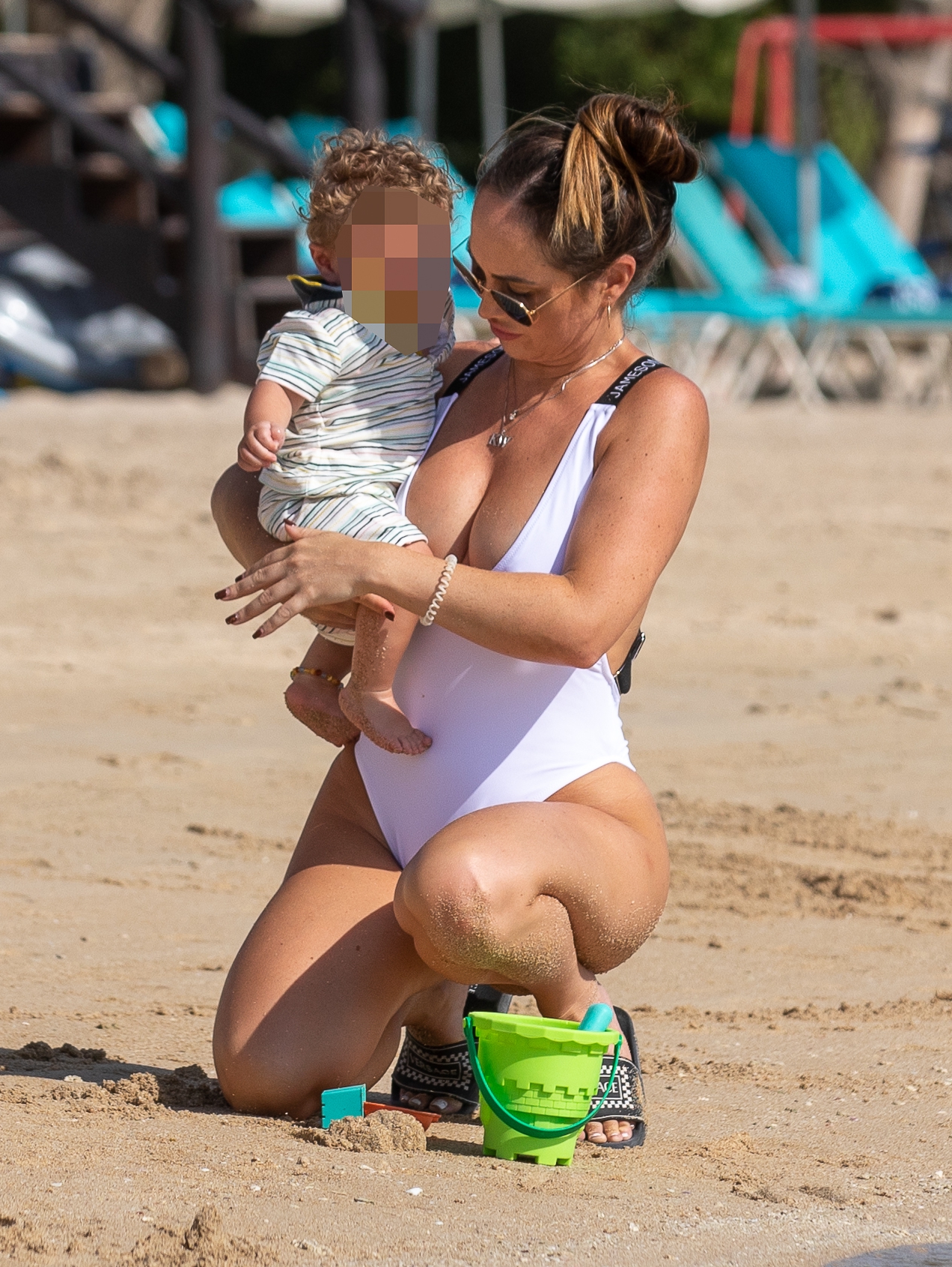 Lauryn was then quick to explain why it said 'KW' incase people thought it was a tribute to Kyle.

She posted pictures of it writing: "Not my circus" in what some felt was a dig at the footballer's relationship drama with fiancée Annie Kilner.

The star added: "Junior is so loved and has been the greatest gift to have ever happened to me.

"I gave birth to my best friend. For those of you who are asking why it doesn't say JW or Junior. KW are his true initials .. x."

The 'Junior' nickname suggests the baby could be called Kyle Walker like his dad. 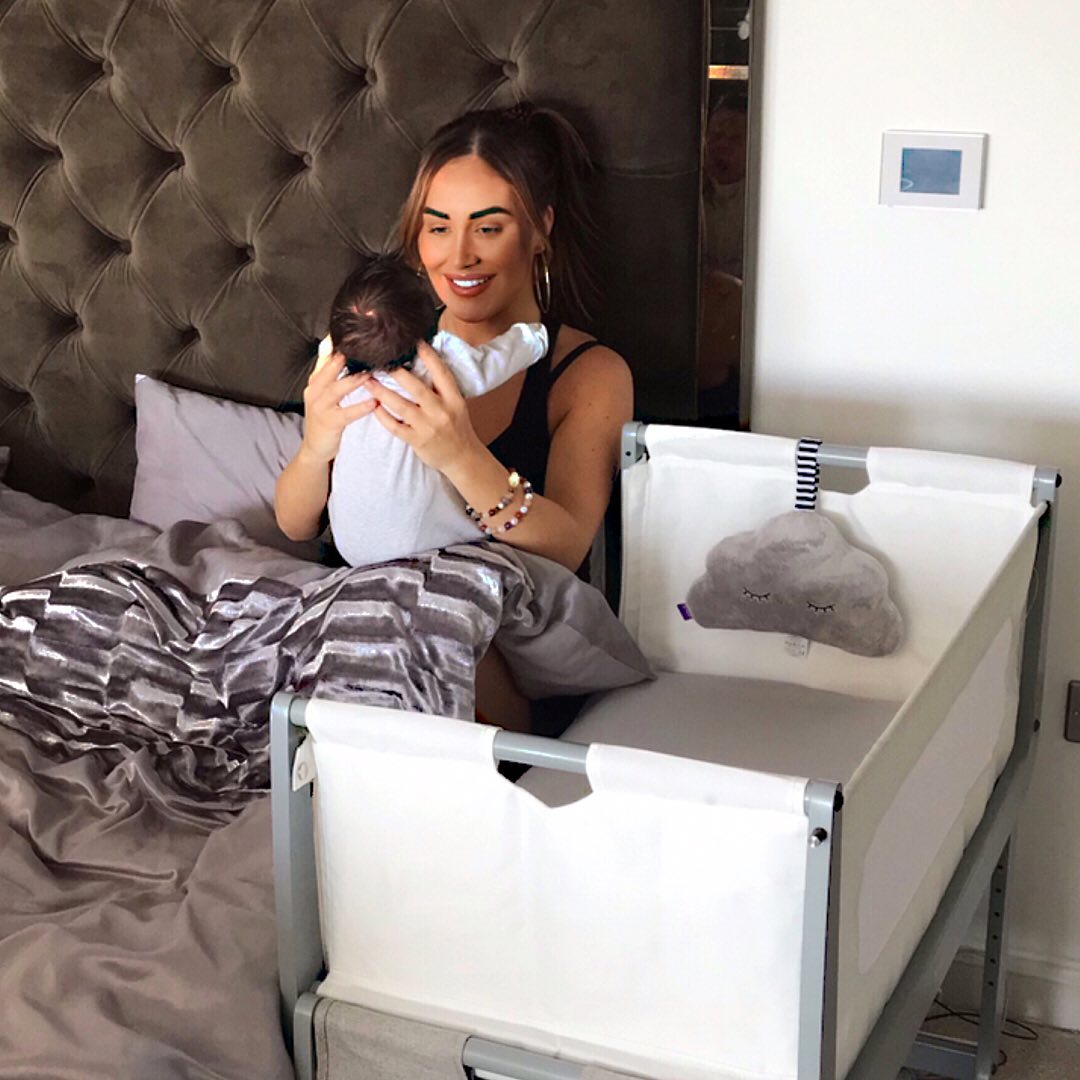 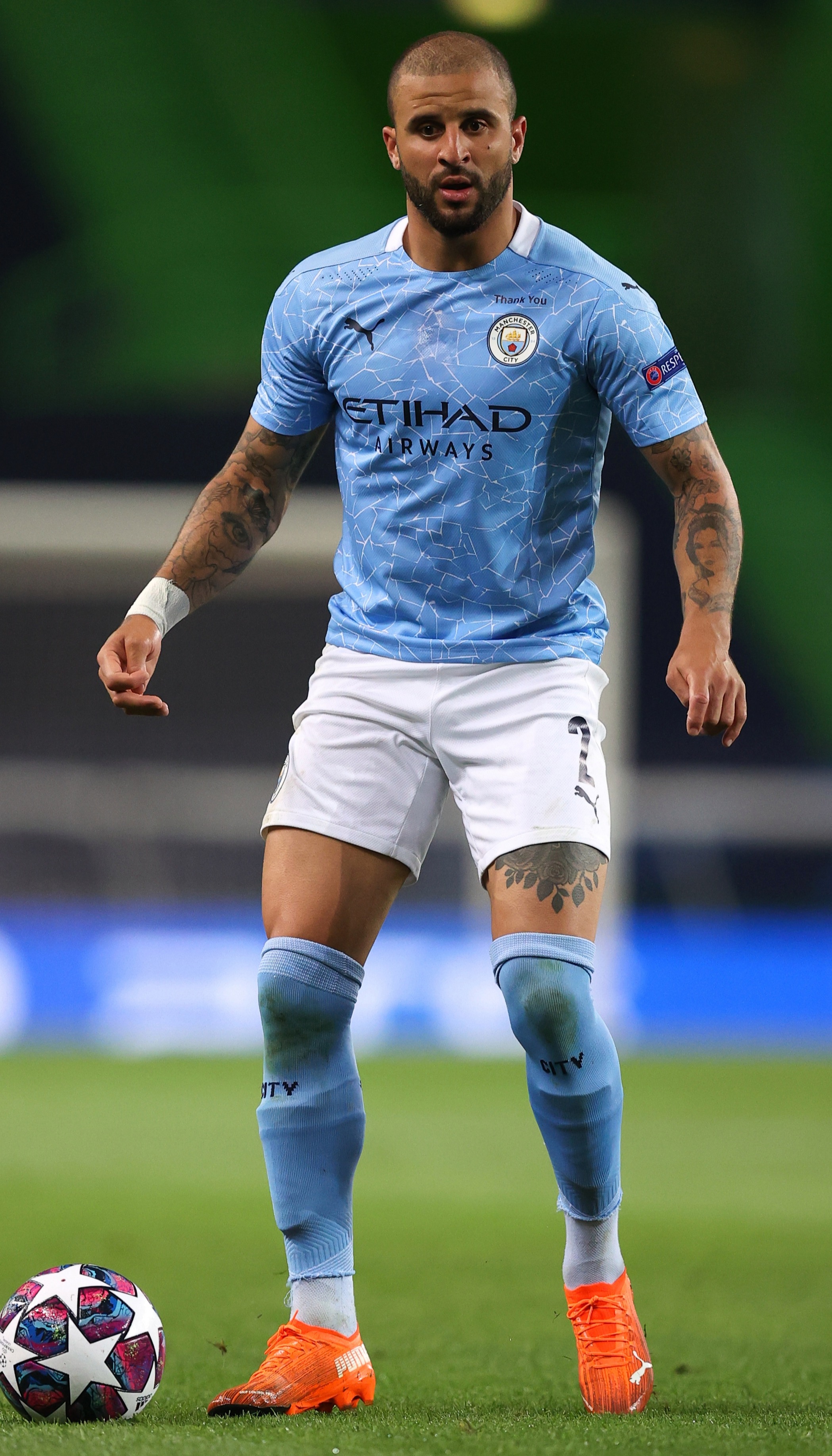 Lauryn gave birth to her first child with the 30-year-old footballer in April.

She announced the birth by sharing a shot of her with the child saying: "I can't believe I've made you."

The news meant Manchester City full-back Kyle, who she named as the dad in February, became a father for the fourth time.