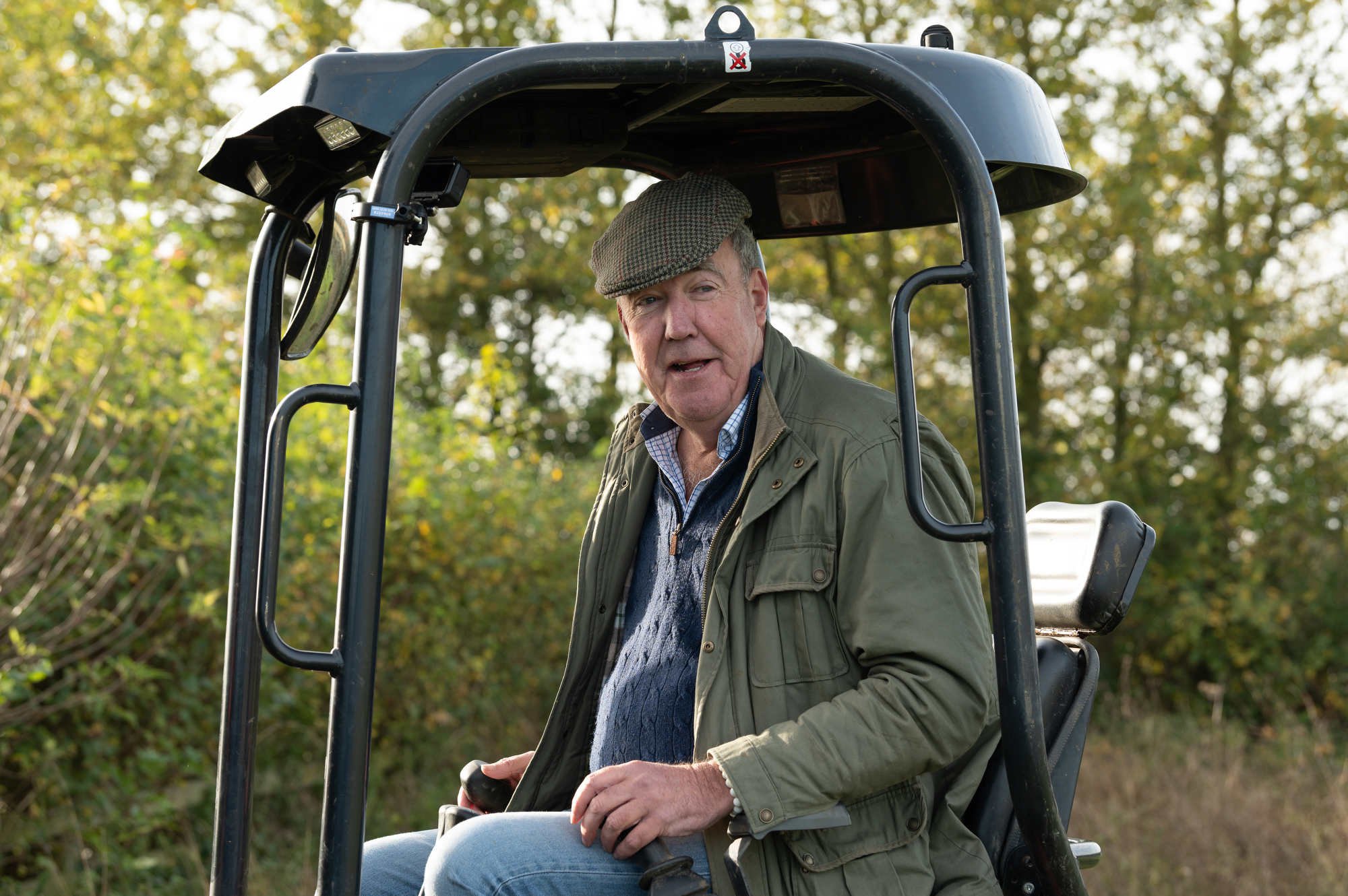 Jeremy Clarkson has revealed ‘there’s a bottomless pit of misery and despair in farming’ following an expensive disaster on his Diddley Squat Farm.

The Grand Tour host, 61, who opened his farm in Chipping Norton in 2020, has opened up on the recent spate of costly calamities he has faced as a result of bad luck and bad weather.

Writing in his latest Sunday Times column, Jeremy said that he managed to farm 50 acres of his barley before the moisture meter started to suggest that dew was coming in.

‘Off went a full lorry load to the grain merchant, who called the next day to say that we hadn’t stopped in time, and that as a result 1.2 tonnes of the 30 he’d picked up was basically water,’ he penned.

‘Understandably he said he wouldn’t be paying for that, so £170 was knocked off the price. And let’s not forget, £170 is £26 more than the farm earned in total last year.’

But there was more bad news to come.

‘Because the 29 tonnes of actual barley we’d sent him had to be dried before it could be turned into hen food, we’d be billed £256,’ he continued.

‘Still, at least things then got worse, because five of the tonnes we’d harvested wouldn’t fit in the lorry and as it wasn’t worth getting another truck for such a small amount, it’s been sitting in the open for a week, becoming crusty and damp and useless. So that’s another £700 down the drain.’

Despite the rotten luck with recent endeavours on the land, Jeremy’s farm shop is proving to be a very popular attraction as fans have had to queue for around two and a half hours to get in.

Visitors have been flocking to visit the business in the hopes of spotting Jeremy there too.

The usually quiet village has seen an influx of tourists from as far afield as Yorkshire, who told ITV: ‘We wouldn’t have come if he hadn’t put it on the map.

‘We saw it on TV obviously and love Jeremy Clarkson, so I thought we’d head over and have a look – took the dog with us.’

Jeremy has charted the progress of his farm and shop on the show Clarkson’s Farm, which meant even more viewers were keen to see it for themselves.

Last month, it was confirmed that Clarkson’s Farm would be returning for a second series.