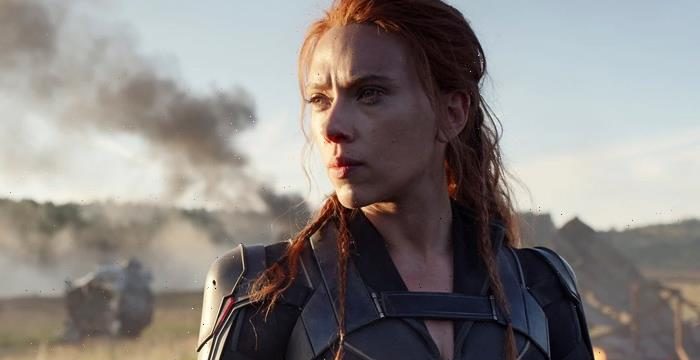 The battle between Scarlett Johansson and the House of Mouse is heating up, and it’s likely to have reprecussions on the movie industry for years to come. Regardless of the legal grounds for Johansson’s lawsuit against Disney over her compensation for Black Widow, the company’s response in attacking her directly was a serious error. Industry insiders are blaming that error on Disney CEO Bob Chapek, and foresee a serious sea change in how movies are made.

A Bit of Background

According to Johansson’s lawsuit, her contract guaranteed a “wide theatrical release” for Black Widow. Her lawyers argue that everyone understood the release would be exclusive to theaters and not available on any other platforms for at least 90 days. The reason this is so important to Johansson and her lawyers? Her salary for the film is dependent on bonuses based on box office turnout. Simultaneous streaming and theatrical releases tend to hurt the overall box office, and Johansson’s lawyers believe she may have lost out on up to $50 million from those bonuses.

Disney responded to the lawsuit by attacking Johansson personally, releasing this statement:

“The lawsuit is especially sad and distressing in its callous disregard for the horrific and prolonged global effects of the COVID-19 pandemic. Disney has fully complied with Ms. Johansson’s contract and furthermore, the release of Black Widow on Disney+ with Premiere Access has significantly enhanced her ability to earn additional compensation on top of the $20M she has received to date.”

Bringing up Johansson’s salary and painting her as a villain for wanting to get paid for her work didn’t go well for Disney, which quickly faced backlash. Regardless of the amount of money Johansson made, she was contractually owed more and has every right to demand what she is owed.

Women in Film, ReFrame, and Time’s Up released their own statement in support of Johansson:

“While we take no position on the business issues in the litigation between Scarlett Johansson and the Walt Disney Company, we stand firmly against Disney’s recent statement which attempts to characterize Johansson as insensitive or selfish for defending her contractual business rights. This gendered character attack has no place in a business dispute and contributes to an environment in which women and girls are perceived as less able than men to protect their own interests without facing ad hominem criticism.”

In an article examining the lawsuit and its repercussions, The Hollywood Reporter spoke to insiders about the inner workings at Disney and elsewhere. No one blames outgoing chairman Bob Iger, who insiders assume would have handled the confrontation more professionally. A top executive at a rival studio thought the whole thing was poorly handled. “It’s insane to me—insane. Do you think on Bob Iger’s watch he would ever have allowed a piece of talent to sue them?”

Chapek might be trying to position himself as the tough new boss in town, but there’s another boss he needs to watch out for: Marvel Studios president Kevin Feige, who is known to be very unhappy with the studio’s handling of this situation. An unhappy Feige can lead to internal changes, as we saw in 2015 when his frequent antagonist, Marvel Entertainment chairman Ike Perlmutter, was removed from the film division during a “reporting structure change” by Iger.

As movie release plans were shifted due to the COVID-19 pandemic, Disney began standing out among agents for having bad deals for major talent.

“Their initial deals and offers were dog s**t. Terrible, for first-dollar-gross players,” one agent said.

The End of Box-Office Bonuses?

Chapek appears to be trying to end the days of huge profit-sharing in filmmaking. Many media giants seem to be onboard, moving towards up-front, one-time payments for work. One recent example is Warner Bros., which paid Wonder Woman 1984 star Gal Gadot millions up front for her film, which debuted on HBO Max the same day as theaters. While it makes sense to simply pay performers up front, the talent and their lawyers fought hard for a share of the billions they earn from execs above them.

This isn’t likely to be the last lawsuit along these lines, so Johansson should have company soon.

Blumhouse producer Jason Blum backed Johansson, noting that if the money doesn’t go to the stars, it’s just going to the corporation.

“It’s a much bigger existential fight that she’s really leading,” Blum told THR. “It’s a very difficult thing to do, it’s really brave to do and she’s fighting for all of talent.”

One issue Blum and others see with the up-front payment method is a lack of engagement from stars. If their paycheck is the same regardless of how hard they work, then why put in the extra effort? It’s the same kind of weird capitalistic nonsense that still has us tipping servers instead of paying them a living wage, and it’s ridiculous. People should give their best efforts because they respect themselves and their work, not to get some giant box-office payout on the backend.

One producer even said of these kinds of offers: “It doesn’t matter to me whether [my movie] is a huge hit or not. The pressure’s off.”

The people who make movies deserve to be paid, and they deserve to have their contracts appropriately followed. The problem lies in the fact that the system doesn’t reward hard work on its own anymore, and at the end of the day, many of these folks only think in dollar signs. It will be interesting to see how these massive corporations handle the future of entertainment, because streaming isn’t going anywhere.

Blum, for his part, thinks there’s a ton of lawsuits coming, and that in the end we’ll have a system similar to the box-office bonuses we have now.

“… Eventually, there will be sharing in streaming — just like there has been for 50 years in this business,” he said.