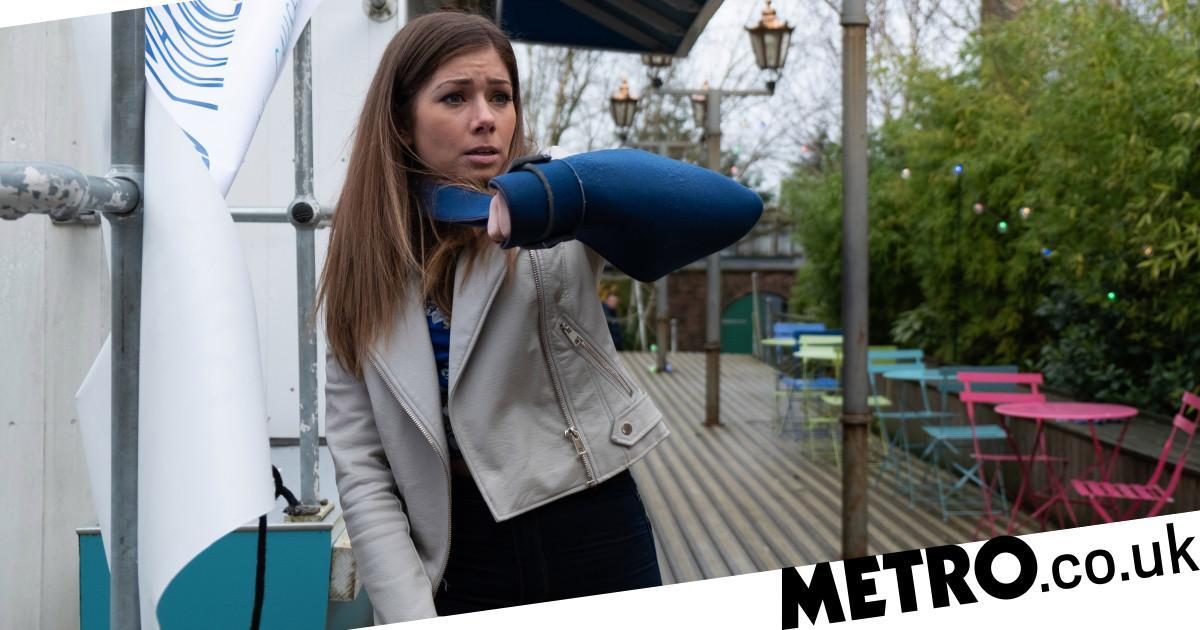 ‘She does think she’s been called out because how can you explain that she can now lift her arm? She has to think on her feet.’

‘I think Maxine would be devastated if she was called out because the whole point of this was to keep Damon (Jacob Roberts) and obviously once she’s caught out she will lose him,’ she added.

‘She would be devastated for hurting and lying to everybody and for all the deceitful things she has done. She’s going to be worried about losing everybody around her.’

So…she steals Jack’s heart medication and ends up back in hospital, with Damon devoutly by her side as always.

Finally realizing she may have taken things a step too far, Maxine admits to Liberty that it’s time to tell Damon the truth.

But then he gets down on one knee, and proposes marriage, throwing her thoughts into a tailspin once more.