Attention, followers: We’re about to spoil a major twist from Gossip Girl Season 2 Episode 4. Haven’t watched? Get to streaming. 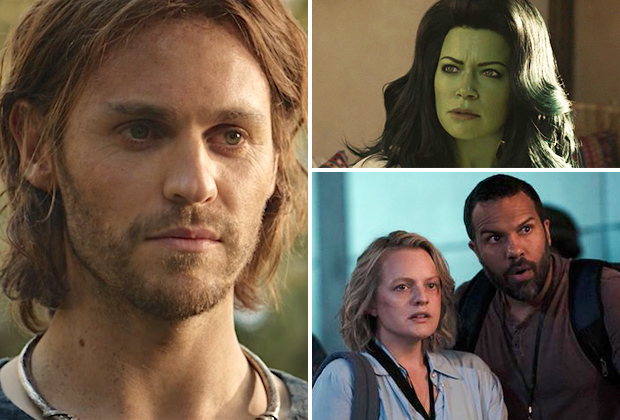 And just like that, Gossip Girl‘s blandest character just got a lot more interesting.

While we already knew that Grace (yawn!) was cheating on Obie, Thursday’s episode reveals a far more twisted truth. Grace has been using the affair with Harris to conceal her true secret lover — her brother!

“I did not see it coming at all,” Eli Brown (aka Obie) tells TVLine. “Our wonderful showrunner warned me a few episodes in advance — even before we started shooting Season 2, actually — but I thought he was just taking a piss. I thought he was joking, but he was like, ‘No, I’m not joking.’ Then I read it in the script and I was shocked.”

Brown says it’s safe to assume that this “gruesome” twist will “100 percent” have a lasting effect on Obie moving forward. “Incest in and of itself is gnarly,” he says, “but to find out that your girlfriend is f–ing her brother? That’s a lot.”

This dark turn also serves as Grace’s swan song, as showrunner Joshua Safran confirms that we will not see Obie’s unfaithful girlfriend or her brother-lover again this season.

“That is the last you see of them,” Safran tells TVLine. “This story was meant to launch Obie in a new way. [In Grace], he thinks he’s found the thing that’s going to make his family love him, and then he finds out that thing is just as screwed up as anything he’s ever done. Therefore, there is no way he can get his family to love him — so he might as well destroy them.”

And here’s another fun tidbit, courtesy of Safran: “We knew at the end of Season 1 that we were going to do something like this, but it was actually going to be a different incest, and that’s all I can say. Some of the writers went back and forth for a couple of months and decided it was too far. Oddly enough, I’ve been watching The White Lotus this season, and I’m like — not only did they shoot in Italy and air before us, but also that thing happened. There’s never too much incest on television, I guess.”

Were you surprised by Grace’s family affair? Drop a comment with your thoughts on Episode 4 below.