GARY Lineker's lookalike son George beamed at The Sun's Who Cares Wins Awards tonight as he posed for a photo with "hero" David Beckham.

The 29-year-old attended the star-studded bash with his famous dad, and couldn't resist pulling another former footballing icon for a snap. 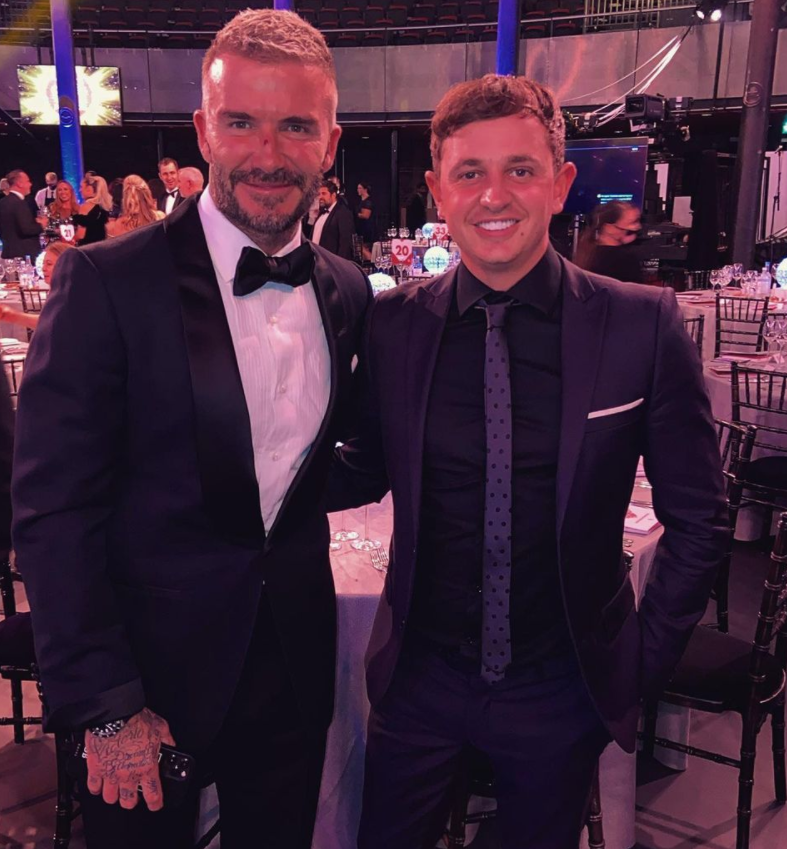 Taking to his Instagram page this evening, George shared a photo of himself and Becks with their arms around each other – both men beaming.

George and David look incredibly smart in their suits, and a sneak peek at the venue is visible behind them.

George joked in the post's caption: "A couple of heroes at The Sun’s Heroes awards #whocareswins".

David attended our Awards with his mum Sandra, and was spotted fist-bumping Prime Minister Boris Johnson on the red carpet before reuniting with Prince William.

Events like this one have only been made possible by the tireless NHS and the vaccines campaign which has seen millions of Brits have jabs that protect them against severe Covid-19.

After a hard year and a half battling through the pandemic, it’s never been more important to show our thanks to NHS workers and those who helped in the fight against the pandemic.

The Who Cares Wins awards honour those who have helped take care of the nation.

Here are the categories:

This year we have teamed up with The National Lottery and NHS Charities Together.

Last year generous Sun readers raised over £1million for the charity in order to get vital support to staff in their hour of need.