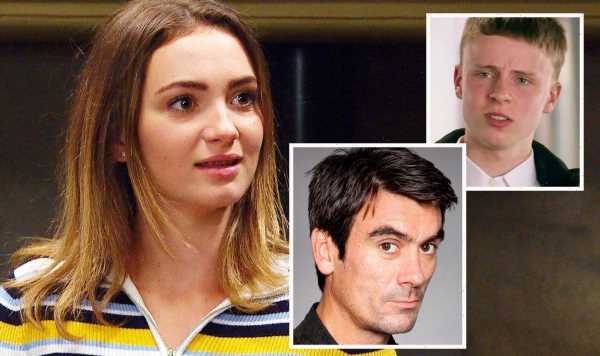 Gabby (played by Rosie Bentham) has been putting all of her attention into becoming a mini Kim Tate (Claire King) on Emmerdale, all the whilst trying to raise her young son. With Jamie Tate (Alexander Lincoln) having left the ITV soap, she has been left holding the baby but she has received a lot of support from his family and her own. However, in upcoming scenes, she could start to forget about the father of her child as she realises she is developing feelings for another character.

The relationship drama begins next week as Gabby finds herself reprimanding Amelia Spencer (Daisy Campbell) for drooping her son, Thomas Tate (Bertie Brotherton), on the floor.

With her son out of the hospital and now resting at home, the mother of one is sure she can start to carry on with her life.

This includes thinking about romance as she realises she needs to move on from Jamie, especially as her mother, Bernice Blackstock (Samatha Giles) has started dating again.

She explains she is ready to meet someone but this is where she could be knocked off her feet by the one and only, Samson Dingle (Sam Hall).

Despite living in the village together for years, the mother of one could start to see Samson in a completely different light. 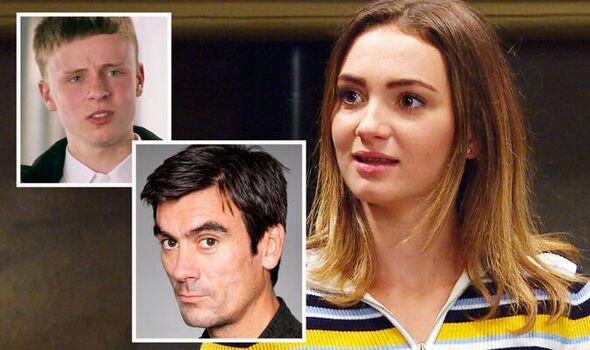 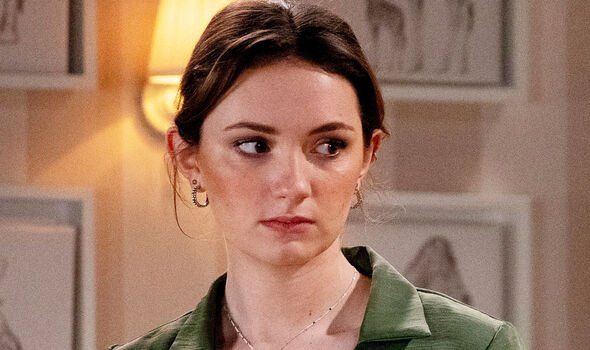 There is a few years of age difference between Gabby and Samson but as they spend more time together, this might not affect her as much as she first thought.

For Gabby, she has always seen herself settling down with an older man who would be able to provide for her and her family.

As she spends more time with Thomas at Home Farm following his admission to the hospital, she could find herself interacting with Samson more.

This is because the youngster could be filling in for some work his father, Sam Dingle (James Hooton), is supposed to be doing at Home Farm.

Samson could walk in on Gabby struggling to get Thomas off to sleep and when she asks if he can have a go, the boy could settle in seconds. 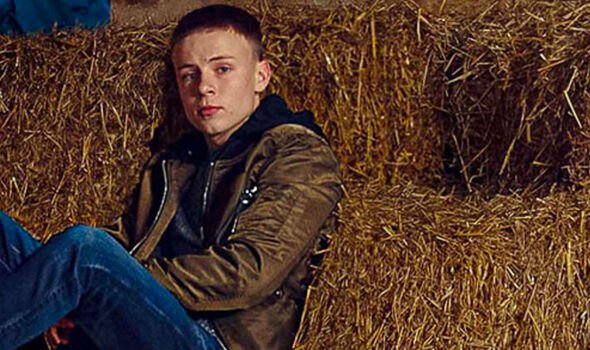 Gabby would be blown away by how good Samson is with her son and she could ask him if he wants a drink whilst he helps her.

As they sit and talk, the mother of one could realise she has a lot more in common with the teenager than she first thought.

But again, their age difference could be playing on her mind but she would be surprised at how mature Samson seems to be.

It could be he is interested in embarking on a romance after his failed attempts to win Amelia around.

Sensing as if Gabby needs some time away from her son, Samson could ask Gabby out for some food as he enjoyed spending time with her. 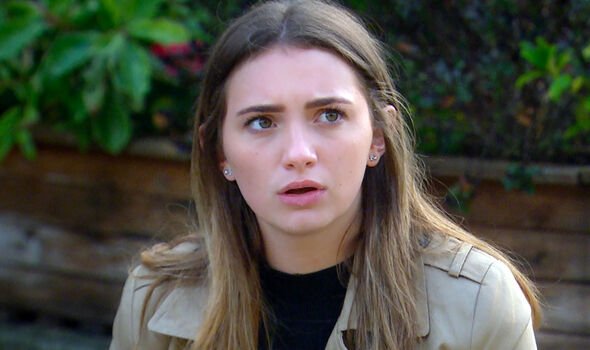 The troublesome character would agree and for the first time in a long time, it would seem as if she had no ulterior motive for going on the date.

After their date, Samson could go in for a kiss and Gabby could reciprocate this, knowing she is feeling the same way about him.

This is where they could draw the line as Samson is still in school and so Gabby knows she wouldn’t be able to go any further with him.

However, enjoying his company, she could continue to go on dates with him and have some adult conversation for once.

Will she be willing to wait for Samson to grow up a bit more or will Gabby be tempted to go out and find herself an older man?

Speaking about her future on the show, the actress who plays Gabby, Rosie, has admitted she would like to see her character continue to grow.

The soap star said: “At the minute I am good.

“I am happy, Gabby Thomas is ­thriving. [I’m] very happy with my position. People come up to me on the street and they say you’re going to be the new Kim Tate and I say, ‘Yes I am!

“I hope she never moves out of Home Farm because I love being a little mini Kim Tate,” the actress explained to The Mirror.

However, will she end up living in the Wishing Well cottage as she becomes more acquainted with the Dingle family because of Samson?

Taking to Twitter, viewers of the show have been commenting on who they think the troublemaker could end up being with.

Tineshia Marie wrote: “I have always thought Gabby and Jacob would eventually end up together if I’m being honest #Emmerdale.”

Danny Miller Fansite posted: “I do miss the Liv and Gabby friendship with Jacob too they were a sweet trio once upon a time #Emmerdale.”

Freedom Littleseal commented: “I forgot Jacob had slept with Gabby and treated her like s**t too.”

Could Jacob Gallagher (Joe-Warren Plant) be another potential suitor

Emmerdale airs weekdays at 7:30pm on ITV, with an hour-long episode airing on Thursdays.