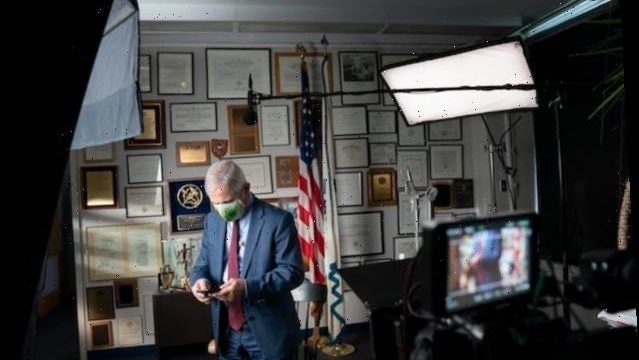 A documentary is in the works on the life and career of Dr. Anthony Fauci, M.D., America’s top infectious disease expert, at National Geographic Documentary Films.

The film simply titled “Fauci” is directed by Emmy winners John Hoffman (“The Weight of the Nation,” “Sleepless in America”) and Janet Tobias (“Unseen Enemy”). The movie is also produced by Dan Cogan (“Icarus”) and Liz Garbus (“What Happened, Miss Simone?”) and Story Syndicate.

“Fauci” gives a look at the professional career of Dr. Fauci up through his experience in the COVID-19 pandemic. Some of those interviewed for the film will include President George W. Bush, Bill Gates and Bono.

Dubbed “America’s Doctor” by The New Yorker, Dr. Fauci has become America’s most unlikely cultural icon, with his signature blend of scientific acumen and candor in the face of COVID-19. He’s been spoofed by Brad Pitt on “SNL” and memorialized by Fauci fans who’ve put his face on everything from coffee mugs to candles. But the documentary will also explore the lesser known story about the journey that led him to where he is today.

“There is only one Dr. Fauci, and it is an incredible privilege to bring his inspiring, lifelong quest to cure disease and prevent outbreaks, to viewers around the world,” Hoffman and Tobias said in a statement. “This film will be an unprecedented, intimate portrait of our nation’s greatest public servant, whose relentless pursuit of truth and devotion to science has never been more important.”

“Dr. Fauci has become a household name because of COVID-19, but what people may not realize is the heroic and integral role he has played in shaping our national response to serious health crises for more than 50 years,” Carolyn Bernstein, EVP scripted content and documentary films for National Geographic, said in a statement. “We couldn’t ask for better partners than John, Janet, Dan and Liz to bring audiences this inside look at the man behind the legacy, and we hope his remarkable story will inspire a new generation to pursue public service with the same commitment and verve.”

The film also recaps his work with HIV/AIDS, particularly when there was no treatment and little funding, showing his efforts to bring medications to sub-Saharan Africa through The President’s Emergency Plan for AIDS Relief, which has saved more than 18 million lives since 2003.

The documentary will also feature the voices of many of those who have influenced him and whom he has worked alongside — and for — including former HHS secretary Sylvia Burwell, former national security advisor Susan Rice, NIH director Dr. Francis Collins, former CDC director Dr. Tom Frieden, key AIDS activists and organizers, and many others, including his family, friends and former patients.

“Fauci” is produced by Alexandra Moss (“Not Done: Women Remaking America”) and edited by Amy Foote (“Father, Soldier, Son”). The director of photography is Claudia Raschke (“RBG”). For Story Syndicate, executive producers are Cogan, Garbus and Jon Bardin (“All In: The Fight for Democracy”).

Tobias recently directed “Unseen Enemy,” which sounded a warning call about the threat of pandemics.

Check out a trailer for the film above.