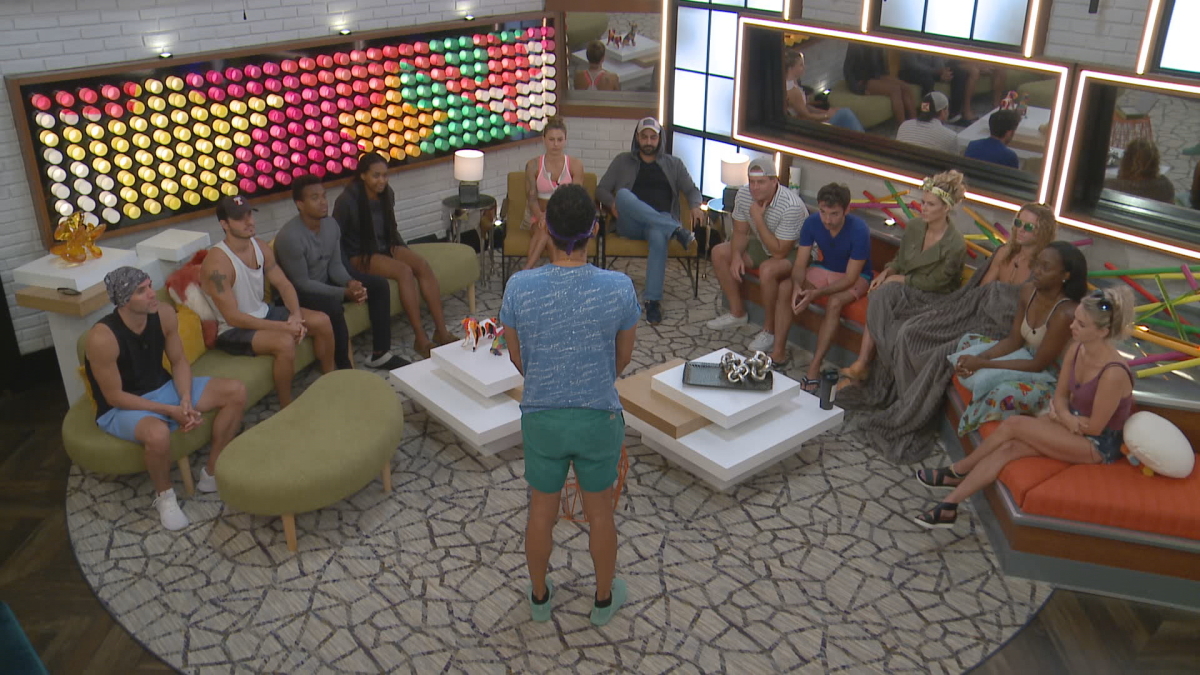 The Big Brother 22 eviction vote takes place tonight and it’s the end of the road for one of the All-Stars.

The Power of Veto finally got used this week when Kevin Campbell won it and then used it to take himself off the block.

For the television audience, a bit of suspense was left in the air.

For everyone else, it had already been broadcast on the CBS live feeds that Christmas Abbott was volunteering to go up on the block as a pawn.

Now, the BB22 cast has to decide whether to vote for Kaysar Ridha or Christmas at the Week 4 Eviction Ceremony.

Cody Calafiore, Nicole Franzel, Daniele Donato, and Memphis Garrett are aligned with Christmas and were never going to vote against her. That was part of Enzo’s plan this week.

Due to the power that those people hold in the house right now, the rest of the house is just going to fall in line behind them. That’s just how the new school era of Big Brother players do things.

In fact, it doesn’t look like anyone is going to support Kaysar this week, and everything points to a unanimous vote on eviction night.

Although, last week, Enzo and Dani voted against the house in order to try to frame Bayleigh Dayton and Da’Vonne Rogers, so anything is possible in that regard. But someone figured Dani out.

Will the Big Brother 22 cast finally shake things up?

Enzo promised fans of the show that he would be covered in blood by the time this past week came to an end. It seems like most of his comments were just made for TV, because he never got close to making a bold move.

It can be argued that he made the move that was best for his personal game, but Enzo might not realize the sheer volume of alliances within the BB22 cast that he is not in.

Moving forward, Kevin Campbell might be the outlier. He would now be an easy target for the power alliances, especially if one of their members wins the Head of Household Competition on Thursday night.

As the Big Brother ratings continue to dip, let’s all hope that something eventful and impactful will take place in the game over the next 48 hours.